CRISPR is not a new type of breakfast cereal, but a DNA-altering biochemical technology. The patentee of a biotech company found dead in Lake Zurich was an expert on it. 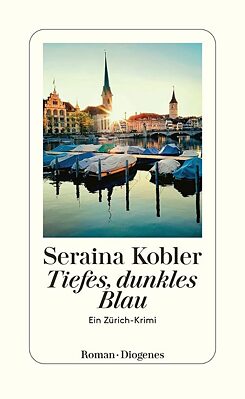 After all, it’s about a topical, controversial topic: genetic research or gene scissors, more precisely about a biochemical technology called CRISPR (clustered regularly interspaced short palindromic repeats). To combat diseases that are based on a gene defect, for example, the DNA is altered in a very targeted way. Genes can be inserted or removed with the CRISPR method, which is of course accompanied by serious ethical questions. But don’t worry: The author doesn’t expect readers to concern themselves with the matter too deeply. We needn’t be experts to understand what Rosa and her colleague Martin Weiß are dealing with in their case. Though it may be your first encounter with “social freezing,” the precautionary freezing of unfertilised eggs.

If that’s too much genetic engineering for you, you probably won’t warm to the new novel by the Swiss author. But lovers of Zurich who are interested in the Swiss mentality and culture should read about investigator Zambrano’s first case. The story is calmly and intelligently told, the story is coherent, the characters are believable and basically likeable (except for a sleazy lawyer) and the settings are beautiful.

After Regenschatten (2020), this is the second book by Kobler, a journalist born in Locarno in 1982 who, after studying linguistics and cultural sciences, worked for the Neue Zürcher Zeitung and other publications. She received the essay prize of the newspaper Der Bund for her essay “Sie wären nicht die, die sie sind” (They wouldn’t be who they are) in 2020, which is also about genetic engineering. In it she writes about her personal experience with a hereditary disease in her husband’s family and how she was suddenly involved in discussions about genetic engineering due to concerns over their children’s health. The question of whether science should be permitted to intervene in the human genome or whether life should be left up to fate is not new for Seraina Kobler.

The book never divulges the reasons that Rosa Zambrano left the CID and joined the maritime police. We may learn in its announced series sequel. She met her former colleague Martin at police academy and is working with him on the case of the corpse that was pulled from Lake Zurich, a gynaecologist who recently removed her own eggs. Rosa, a single woman who wants to one day have children, stands behind her decision to take this step to outrun her ticking biological clock. Dr Moritz Jansen was not only a drug user and fertility clinic operator, but also held a patent in a biotech company whose slick boss Duval is just as likely to be the culprit as Jansen’s young girlfriend and his wife and mother of his twins. Or was it one of the ladies from the sex trade with whom the doctor was supposedly involved? The events are driven by the desire for power, recognition and, of course, money.

Take a dash of romance, the likeable, though not really approachable Rosa, a lot about her love of food, Japanese knives and teapots, a lot about her love for cooking, baking and her garden, a crazy hippie mother, the aforementioned gene debate including state-of-the-art CRISPR technology and a whole lot of Zurich. All in all, the plot is one-third thriller and two-thirds Rosa’s private life, all at a leisurely pace, unexcited, at times profound and at times a bit irrelevant and digressive. With this in mind, the book is definitely recommendable – especially for anyone with a basic interest in the issue of genetic engineering.