The Beauty of Immersion: Past, Present + Future of Cinema

For the past year, we have very much missed experiencing a film in an actual movie theater. This theatrical space of the cinema is a space that allows us to escape from everyday life. It’s a place where we can laugh out loud, cry in public without any shame, suffer by proxy, experience joy, and where we can forget ourselves. It’s a place to build relationships with our neighbors (who always seem to be sitting way too close by) even without talking to them. All of this can potentially happen to us within a film’s duration of 90 minutes or more.
But what exactly are the elements constituting that “ribbon of dreams” (Orson Welles) that make the cinematic experience so very special?

The panel discussion seeks to investigate this question by focusing on the cinema as a place of representation and reception that is deeply rooted in our cultural histories. What are the new forms of cinematic storytelling? What role does the immersive experience play, more and more driven, as it is, by various new technologies? And what role does cinema and a shared cinematic experience play for the community? 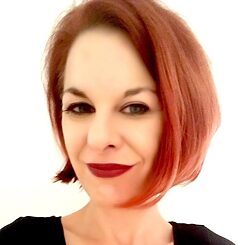 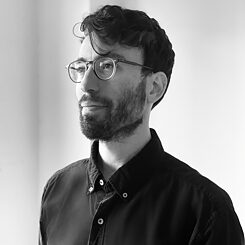 Courtesy of Nim Shapira Nim Shapira is a filmmaker, artist, and creative director working at the intersection of storytelling and technological innovation. His work spans a spectrum of the moving image, from traditional ‘linear’ filmmaking to virtual-reality experiences. He won Webby, Addy, Clio & Lovie awards for his films, digital campaigns, commercials, interactive experiences, and XR projects. As an XR filmmaker, Nim is dedicated to creating a positive social impact in the world. His work revolves around questions of humanism, communication, and compassion. His first VR experience ‘Bystanding’, will world premiere at the 2021 Tribeca Film Festival. Nim is a 2021 fellow at the MIT Open Documentary Lab (ODL). He is a 2020 alumni of NEWINC and a graduate of the La Biennale Di Venezia’s College Cinema for VR. 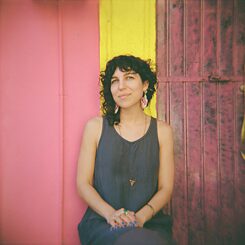 Courtesy of Rana San Rana San is an artist and curator whose creative practice melds dreamwork, written word, embodied movement, video poetry, and analog photography. She uses experimental modes of visual storytelling to examine intimacy and interdependence as spiritual tools for survival. In community, Rana crafts collective experiences that celebrate the work of independent artists and activists who center emergent practices in moving image media and contemporary performing arts. As the Artistic Director at Northwest Film Forum, Rana co-curates year-round community programming, including ByDesign Festival, Cadence: Video Poetry Festival, and Local Sightings Film Festival. Her engagement as a co-curator for Yellow Fish Festival VI, a long form inquiry into durational performance art as a means to support methods of staying alive in our present times, is culminating with live performances in New York this month. 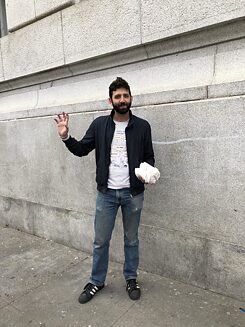 Courtesy of Arlin Golden Arlin Golden is an all-around film person living and working in the Bay Area. He rarely dreams, but the most frequent ones are the ones where it's finals and he hasn't been to class all semester. He hopes one day that the world recognizes the many values of the siesta system. Arlin Golden received his BA in Film Studies in 2010, is a documentary distributor and filmmaker, and runs Drunken Film Fest Oakland which has been voted 2019's Best New Cultural Event by East Bay Express readers.

The panel discussion is a collaboration between the Goethe-Institut San Francisco, the Goethe Pop Up Seattle and the German Film Office.