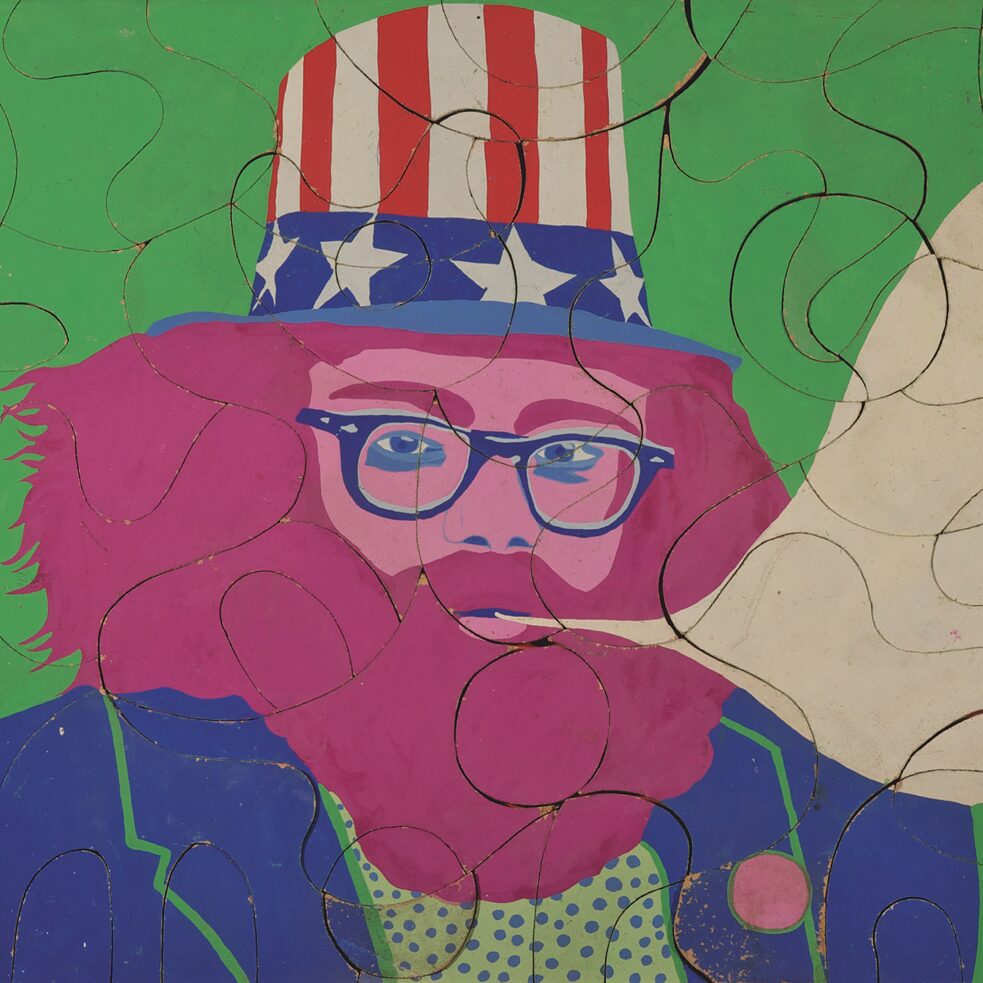 © Lightdox
Available from February 19-21, for a streaming rental fee of $8

Ulrike Ottinger’s films are extraordinary not only for their bold experimentalism and ravishing visual qualities, but for their insistence on transporting us to profoundly unfamiliar, faraway realms – fantastic territories of the imagination, as well as, in the later phase of her career, increasingly to lands that are geographically and culturally distant to Westerners in a literal sense (she has made films in or about Mongolia, China, Korea, Japan, and the Bering Sea). Even within such an expansive, questing body of work, however, Ottinger’s new film, Paris Calligrammes, represents a departure – an exploration not of a faraway land but of an increasingly distant time, and for Ottinger an unusually undisguised venture into the realm of autobiography.

In Paris Calligrammes, Ottinger revisits Paris, using the city of today as a window into the city that helped form her as a young woman – and a young artist – in the 1960s. It’s at once a portrait of a particular time and place, and a rapturous account of personal awakening, artistic, cultural, and political. But this is no ordinary urban valentine or sentimental gaze back to a halcyon time. Ottinger’s perceptiveness, engagement, and imaginative powers both then and now are too great to allow for that. Instead, she paints a portrait of the city and the time that transcends the superficiality of most similar films. With her usual aesthetic and intellectual flair, she offers insights, archival materials, personal revelations, and clear-eyed analyses of the artistic and political currents of the time that render Paris Calligrammes a vital document for anyone interested either in Ottinger’s body of work or in the mid-20th-century cultural history of Paris, France, and Europe as a whole.

“In Paris Calligrammes, Ottinger casts a highly personal and subjective gaze back to the 20th century. At the heart of her film is Paris: its protagonist is the city itself, its streets, neighborhoods, bookstores, cinemas, but also its artists, authors, and intellectuals. It is a place of magical appeal, an artistic biotope, but also a place where the demons of the twentieth century still confront us.” –Bernd Scherer

Back to film series