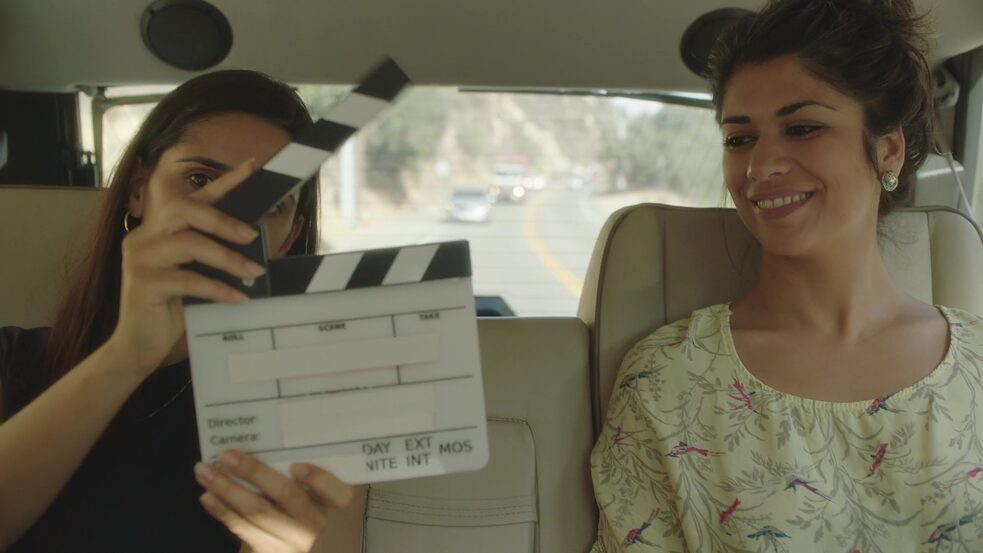 © German Film Office
This program ended July 2021. Our monthly newsletter will keep you informed about the new upcoming edition.

For the first edition of KINO! Germany NOW! film programmer Alissa Simon handpicked some of Germany’s most promising narrative, documentary, and short films that premiered within the last year, many of them directed by women.

While unique in terms of genre and style, four of the five fiction titles focus on their protagonists’ struggle to assimilate into contemporary Germany: In Visar Morina’s Exile, the prickly protagonist is a Kosovo-born pharmaceutical engineer who feels bullied by his German co-workers. The likable heroine of Hüseyin Tabak’s Gipsy Queen is a single mother hoping to make it in the boxing ring. In I Was I Am I Will Be by Ilker Çatak, an ambitious Turkish gigolo gets an unexpected opportunity to work and study in Germany. Burhan Qurbani’s Berlin Alexanderplatz centers on an undocumented immigrant who vows to be a good person but finds few paths open for him. Meanwhile, the horror-thriller Sleep by Michael Venus follows a young woman to a small village where she stumbles upon a Nazi cult while trying to solve the mystery of her mother’s breakdown.

The subjects explored by the documentaries range far and wide: In Born in Evin, German-Iranian actress Maryam Zaree chronicles the circumstances of her birth inside one of the world’s most notorious prisons. Natalija Yefimkina’s Garage People takes a look at an unusual Russian phenomenon. Carmen Losmann’s Oeconomia journeys into the heartlands of neoliberalism and explains its inner workings in layman’s terms. In Walchensee Forever, key events of the 20th century impact the lives of four generations of women in director Janna Ji Wonders’ family.

The short-film compilation Power Games includes four award-winning shorts: Just A Guy by Shoko Hara, Land of Glory by Borbala Nagy, Masel Tov Cocktail by Arkadij Khaet and Mickey Paatzsch, and Top Down Memory by Daniel Theiler. These films explore radical and extremist tendencies worldwide, the idea that history seems destined to repeat itself, and the role that power can play even in unexpected situations.

KINO! Germany NOW! introduces up-and-coming young directors from Germany, all with distinct backgrounds and their own unique approaches to filmmaking. It’s a true pleasure to watch their talent on display in these films!

Starting at the end of January and through July 2021, the first edition of KINO! Germany NOW! 2021 Discover New Talent is available nationwide to theaters, art-house cinemas, regional and local film festivals, film societies, and on-campus theaters. The full package as well as individual films may be booked for physical and virtual cinema screenings and runs via our partner Kino Lorber.

KINO! Germany NOW! is presented by the German Film Office, an initiative of the Goethe-Institut and German Films.