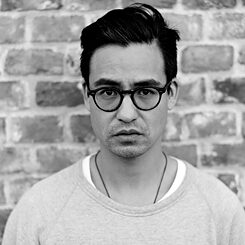 © Malik Vitthal Born in Erkelenz, Germany in 1980, Burhan Qurbani is a German director, writer, and actor of Afghan heritage. After gaining practical experience at the Staatstheater Stuttgart and the Stadttheater Hannover, he began a degree in fiction directing at the Film Academy Baden-Württemberg in 2002. His graduation film, Shahada (2010), and his second feature, We Are Young. We Are Strong. (2014), won numerous awards. Berlin Alexanderplatz (2020) is his second film in competition at the Berlinale.