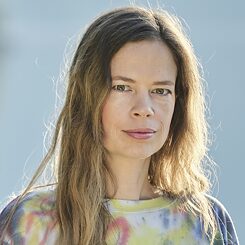 © Michael Reusse Born in Mill Valley, CA in 1978 to a German mother and an American father, Janna Ji Wonders grew up near Lake Walchensee in Bavaria. She studied at the University of Film and Television in Munich and shot numerous music videos. Her short documentaries Bling Bling, about the gangster rap scene in LA, and Street Punk Moscow, about young punks in the suburbs of Moscow, won several awards. In 2015, her feature film I Remember was selected for the Perspektive Deutsches Kino section of the Berlinale, where Walchensee Forever also premiered in 2020.