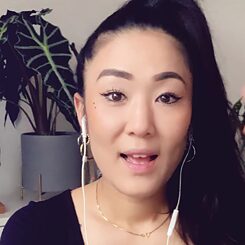 © Shoko Hara Shoko Hara was born in 1988 in Okayama, Japan. At the age of ten, her family moved to Lake Constance in Germany. In 2012, she obtained her Bachelor of Arts in Media Design at the DHBW Ravensburg. Her graduation film Abita received much critical acclaim and was screened at festivals around the world. She studied motion design at the Filmakademie Baden-Württemberg from 2012-16, with an emphasis on analogue and experimental works in graphic design and art. Her diploma project, the animated short film What They Believe, was awarded Best Student Film at the Animafest Zagreb in 2016. She currently teaches motion graphics at the DHBW Ravensburg and works as a freelance motion designer and animation director for commercials, spots, and music videos. Just a Guy is her third short film.