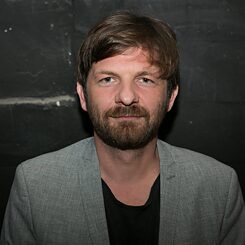 © Maria Asselin-Roy Born in Pristina, Kosovo in 1979, Visar Morina moved to Germany with his family when he was 15. After working as an assistant in theater, film, and television, he studied directing and screenwriting at the Academy of Media Arts, Cologne. His feature debut Babai (2015) premiered at the Munich International Film Festival, where it received awards for Best Director, Best Screenplay, Best Actor, and the “One Future Award.” Exile is his second feature-length film.