Words that are common today, like artificial intelligence, neural networks and machine learning date back to the early days of computers.

Since the dawn of computer science as a discipline whether a computer could be intelligent in the way we think of human beings as intelligent was key question. In 1950, Alan Turing proposed "the imitation game", a concept that has later come to be known as the "Turing test". The idea is that a computer could be said to be "intelligent" if a human being was not able to distinguish it from another human being in a conversation.
Turing's empiricist approach to the philosophical problem of artificial intelligence has remained a key part of the discussion to this day both in the various fields of artificial intelligence but also in wider pop culture. It is, for example, a central plot device of the 2014 science fiction psychological thriller Ex Machina, where the main character (a human being) is tasked with administering a Turing test to a robot. It is also part of the seminal cyberpunk film Blade Runner from 1982, where a former police officer tracks down and executes artificial human beings by using a "Voight-Kampff machine" that measures involuntary empathetic responses.

Precursors: human and mechanical computersThe idea of a general purpose, programmable computer existed before the advent of their modern, electronic incarnations. From 1822 until his death in 1870, British polymath Charles Baggage worked on the design of two machines, the Difference Engine and the Analytical Engine. These were early mechanical computers. The latter is thought to be Turing complete. In principle it could perform any calculation of modern electronic computers, given enough time. However, while he did work on their design and prototypes were under construction, neither the Difference Engine nor the Analytical Engine was fully completed in his lifetime. In fact, it would not be until 1991 that the first working mechanical Difference Engine was constructed. A working model of the Analytical Engine has yet to be built.

However, the lack of an actual, physical, functioning machine did not stop Ada Lovelace from writing computer programs to run on Babbage's Analytical Engine, earning her the title of first computer programmer in the world.

Before the beginning of digital age, another kind of computers already played a large role: human computers. Not gaining a lot of public attention until the release of the 2016 film Hidden Figures about the human computers that helped NASA send the first manned spacecraft into orbit, "computer" used to be a job title. While excluded from this kind of work throughout most of history, since the middle of the 1800s it was a job considered menial and mostly associated with women, who performed the calculations necessary to compile ballistic tables for the military, celestial tables for astronomers and other repetitive but mathematically demanding tasks.

The first professional programmers who operated the first universal digital computer, the ENIAC or Electronic Numerical Integrator and Computer, were six such human computers, the women Fran Bilas, Betty Jennings, Ruth Lichterman, Kay McNulty, Marlyn Meltzer and Betty Snyder, although they did not receive any recognition as pioneers of computer science until much later in their lives.
In a way, some of the first people to lose their jobs due to digital automation were the human computers.

A golden age of artificial intelligence

Between the middle of the 1950s and the middle of the 1970s is what is considered the golden age of AI. With the advent of digital computers, programs that could solve complex logical and mathematical problems were developed. This sparked an optimistic belief that a by modelling human thought as symbolic logic, machines would be able to think, and in 1956 the discipline was coined "artificial intelligence". Part of the goals of the discipline was achieving so-called strong AI or artificial general intelligence. This meant a machine that reasoned and had conscious thought like a human being and was able to learn and make independent decisions.

Already from the beginning, games played a central role, particularly chess. In 1948, Alan Turing worked on the chess playing program Turochamp that however never ran on an actual computer. Claude Shannon, the founder of information theory, published the first academic article describing the development of computer program for playing chess in 1950.

Early chess-playing computers played so poorly that even novice chess-players were able to win against them, but through the history of artificial intelligence the tables have turned. The first time a chess program won against a world champion was in 1997 with IBM's computer Deep Blue beating Garry Kasparov. Today, chess computers are routinely capable of beating world champion human players.

Because of its complexity combined with its ease of formal representation, chess has remained a core problem in artificial intelligence, standing in as a model for human thinking and problem solving. But while chess programs have mastered the game, they do not play it quite like humans and there are still a lot of human activities, such as speaking a natural language or moving around in the world independently, that was too complex to represent through symbolic logic. 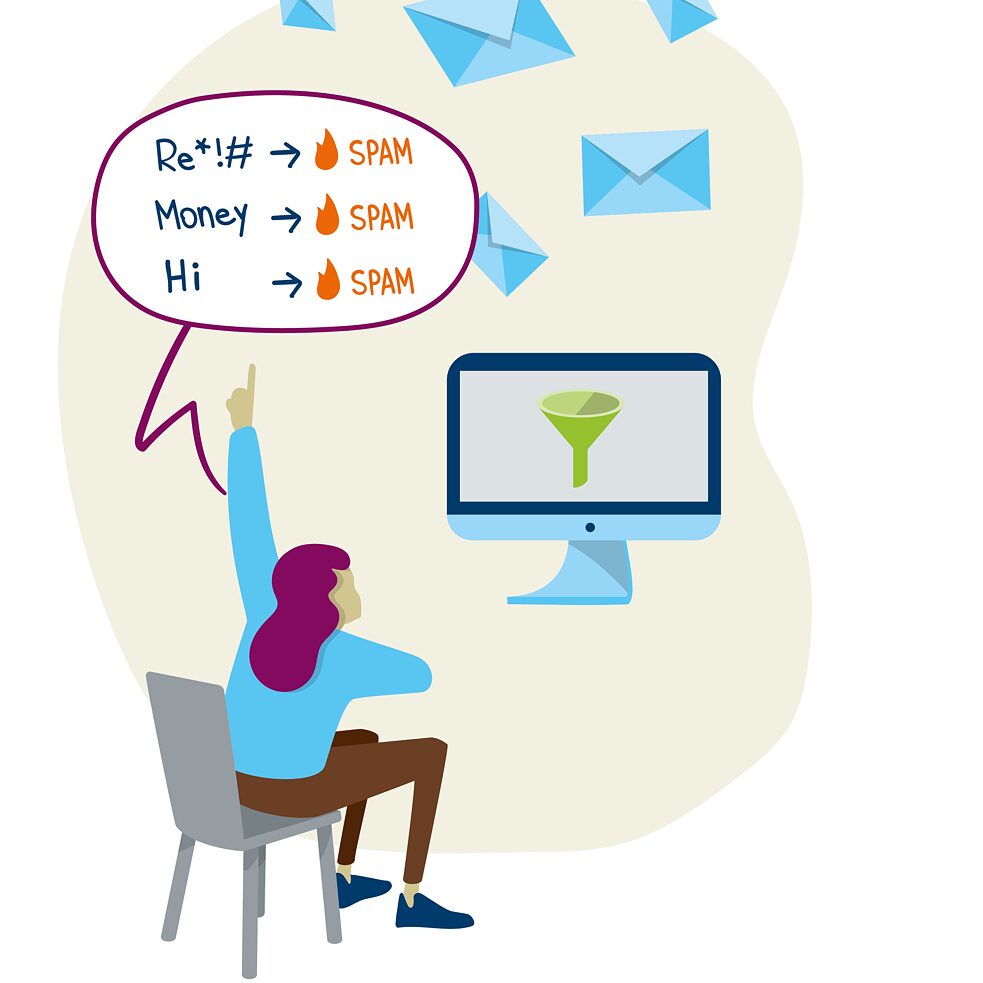 © Goethe-Institut Alongside the digital computers, AI researchers experimented with analogue electrical circuits wired together to mimic the structure of neurons in the brain. This gave birth to the idea of neural networks, a method of developing artificial intelligence that "learn" the correct output by processing input through a network of connected nodes. This method of pattern recognition quickly went from analogue to digital form as computer technologies developed and got cheaper.

In the end of the 1970s the field of artificial intelligence began to grind to a halt. The optimism of its early days began to wane and funding sources began to dry up. The promises of machines capable of thinking like human beings turned out to be wishful thinking. Human thinking, it turns out, is far less formally logical and our brains are more complex than what neural networks modelled on digital computers can simulate.

This was the beginning of the "AI winter", a term inspired by the concept of a nuclear winter. Hope in progress had been overshadowed by disappointment in the field’s results.

A useful system of expertise

It was not all doom and gloom, however, because while the dream strong AI, artificial intelligence capable of reasoning similarly to or better than a human being, was dying, a less ambitious and more immediately useful form of machine intelligence, had emerged, known as “weak”, “limited”  or “narrow” AI. Here the ambition was not to reconstruct human cognition as a whole, but to build machine intelligence that solved specific cognitive problems.

Developed towards the end of the golden age of AI, so-called expert systems were machines of more limited ambition. Instead of modelling human thinking as such through abstract logic, they used rule-based programs and bounded domains of specific expert knowledge. Expert systems gave answers to specific questions or solutions to specific problems by modelling factual knowledge areas and processing them through if-this-then-that statements. 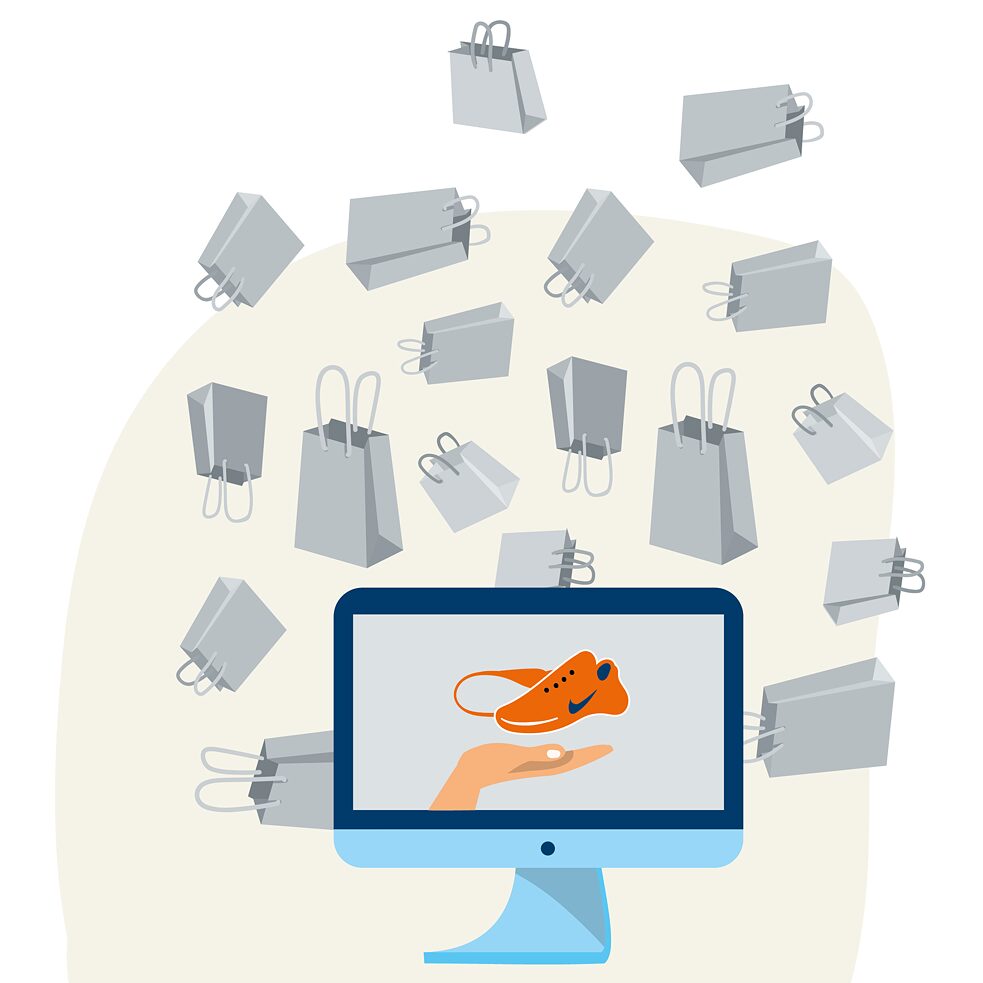 © Goethe-Institut In the beginning of the 1980s, massive private sector investments went into developing expert systems and they were the first successful real world application of artificial intelligence outside of the academic discipline. They were not without problems however, a key one being able to acquire and model the knowledge areas of human experts as well as keeping them up to date.
So, while expert systems were quickly brought to market and showed a lot of promise by foregoing the dream of strong AI, they have also largely left the vocabulary of computer science. One reason is their success. The useful parts of expert systems have been integrated into the general business logic coded in the management software that private companies use.

However, having been surfed on a wave of enthusiasm in the business world, the interest in expert systems crashed and the artificial intelligence field entered its second winter while the Cold War ended.

As computing power doubled every two years following Moore's Law, and the amount of data in the world grew exponentially, the AI field began scoring small victories and with less hype than what had surrounded early AI or expert systems. As the millennium turned, tools from the AI field began working silently under the hood of other applications, such as web search, financial prediction, and data mining.

Machine learning works by training algorithms on vast amounts of existing data in order to make them capable of detecting patterns in new data. The techniques work by creating models that can be used to analyse data and make predictions, recognise patterns or even create new data based on random noise or some structured input. Different types of machine learning are useful for different tasks.

In unsupervised learning, the data is untagged and the algorithms detect patterns in the data itself. This is a way of finding previously unknown patterns in a lot of complex data and is used for recommendation systems such as for music or film, or for segmenting audiences for targeted advertisements.

Mixes between the two types, semi-supervised machine learning, exist where some of the training data has been pre-tagged and some has not. In reinforcement learning, algorithms are rewarded for making the correct decisions.

This is useful for training systems to make decisions in real time such as for manoeuvring self-driving cars.
Finally, deep learning applies neural networks in several interacting layers to achieve either of the types of machine learning. This requires very large data sets and a lot of computational power and can be useful for computer vision and speech recognition. Often the resulting deep learning algorithms are incomprehensible and unexplainable even to their creators.

Thinking machines have entered public consciousness once again, limited only by whichever ethical, legal and political frameworks we choose to set for them. Again, on the horizon of the imagination of futurists lurks the dream of strong AI, most prevalently in the notion of a “singularity”, where artificial intelligences become better than human beings at building new machines, thus sparking an exponential increase in the capacity of the machines, not least in speculative ability of achieving consciousness. This idea is, of course, still purely in the realm of science fiction.

Whether the current iteration of artificial intelligence in the form of machine learning and its promises of solving a wide range of problems in society in general and in business in particular has reached the height of its hype curve, is impossible to say, just like it is impossible to foresee whether AI will enter a third winter if its lofty promises fail to ultimately deliver.