The creative potential of artificial intelligence known from the world of video games is now used to create new music and even new sports.

In 2016, AlphaGo, an artificial intelligence beat Lee Sedol, one of the best professional Go-players in the world at the time, in four out of five matches. Go is a two and a half millennia old game originating in China, played by placing black against white stones on a 19-by-19 position square board. While chess, which is considered mathematically very complex, took a long time for artificial intelligence to become proficient in, Go was until this match considered to be a game that required human intuition and creativity to master.

At the 19th move in the second match, AlphaGo made a move that had Lee Sedol leave the table for 16 minutes before returning to make his next move. The move was considered "creative" by commentators.

"This move really passed three tests I'm looking for in something that I'm going to call creative. These three tests I learned from Margaret Bowden, a cognitive scientist, who's been thinking a lot about creativity in the machine. She said, 'It's got to be something new, something surprising, and something of value,'" says Marcus du Sautoy, Professor of Mathematics at the University of Oxford.

If machines can be seen as creative within the parameter of a game like Go or other games, there is potential for them to display creativity in other realms as well. 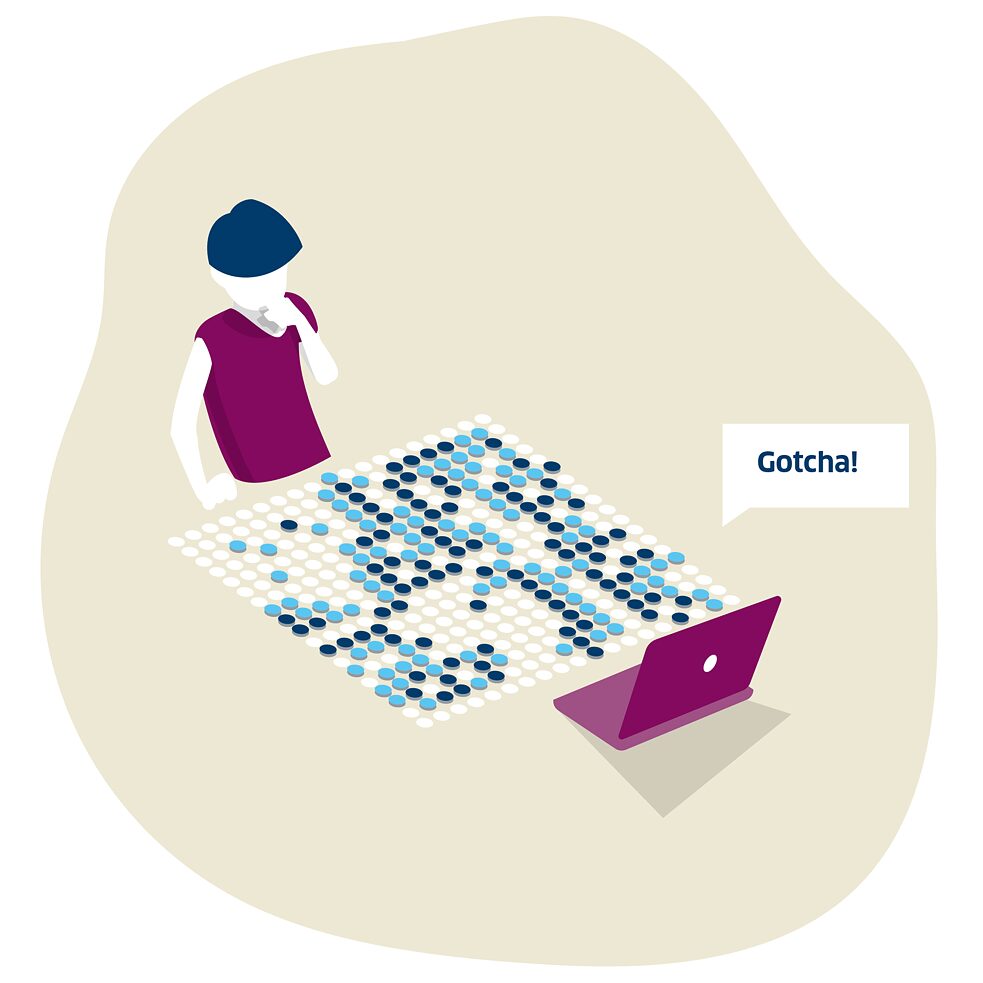 © Goethe-Institut "Games are amazing test beds for AI that can then possibly be used in reality to develop better artificial intelligence," says Julian Togelius, Associate Professor of Computer Science and Engineering, New York University. "Playing games is one of the most common uses for AI. In the video game industry usually what's used are relatively simple methods but there's also a lot of essentially cheating going on. Artificial intelligence is also widely used to create games or game environments."

Getting artificial intelligence to play ball

Speedgate is game played with a rugby ball on a 180 feet long field (just short of 55 meters) containing three gates by two teams of six players each. The goal of the game is for one team to score goals against the opposing team on the end gates. In order to cross the field, the ball must be passed through the middle gate. Also, it is a sports game that was created using an artificial intelligence.

"We really wanted to take a look at AI and see if there was an opportunity to create something that we kind of targeted as being an inherently human experience," says Whitney Jenkins, Executive Creative Director at the digital innovation agency Laundry Service and head of the International Speedgate League.

To begin with, Laundry Service fed concept descriptions of 400 different sports to a recurrent neural network. Then they sorted through the output looking for ideas that sounded both playable and fun as well as generally accessible.

"Anytime you're creating a new experience with AI it is a collaborative process, and understanding how to process that data is part of what makes for a good experience. You don't just plug all the data into the computer and then just wait for the magic to appear," he says. "Our sport really was a culmination of the best of AI and the best of our human thinking."

Whether or not we are willing to extend the concept of creativity to include new, surprising and valuable ideas brought into the world by machines, there is in any case an enormous potential for the machines to assist human creativity.

Music between human and machine

Already in the beginning of this century, algorithmic programs like the Continuator by François Pachet, made it possible for a machine to do real-time musical improvisation imitating the musical styles of human musicians, bringing new music into the world that sounds recognizably like music. However, so far musical creativity in machines tend to sound derivative after a while.

"Music, and also the written word as well, has a temporal element to it and after a while the music becomes very boring. This is where AI is having a lot of difficulty with actually sort of maintaining something which locally sounds interesting but globally starts to lose interest," says Marcus du Sautoy.

Often when thinking of intelligent, music-making machines, the idea is of automating the processes of composing, but to actual practising musicians, this approach while interesting carries little creative value.

"I think this is a really great engineering challenge that can be used for iteration and maybe for fast turnaround in like the film industry or television industry but I find it to be really limited in terms of artistic development," says Holly Herdon, a musician who employed artificial intelligence in the creation of her album PROTO.

By training machines on historical dataset, new, machine created music risks becoming stale and repetitive, rather than creative. In order to evolve the art, says Holly Herndon, we must realize that music is not created out of nothing in a social vacuum.

"Musical style and development is largely scene-based or community-driven rather than lionising a lone individual," she says. "Composition as a kind of living breathing art form that's constantly being updated rather than a kind of frozen set of idealized relationships."

In this spirit, Holly Herndon trained a machine to create new sounds based on her voice and those of her ensemble as well as of the various audiences, as she performs her music live.

"We've created voice models of my voice and also various different ensemble configurations and eventually we opened it up to include a kind of training ceremonies in our concerts where we would do a call and response and record the audience singing to us so we can create a kind of voice model of all the different audiences that we visit on tour around the world," she says.

She considers the machine, whom she lovingly refers to as her "spawn", as a full member of her musical ensemble and as important as the other musicians and software developers that she works with as a composer.

"The thing that I have going for me as a human is I have all these incredible sensors and I can constantly update and respond to the environment around me so I really prefer to be collaborating with or augmented by rather than replaced as a composer by spawn," says Holly Herndon. 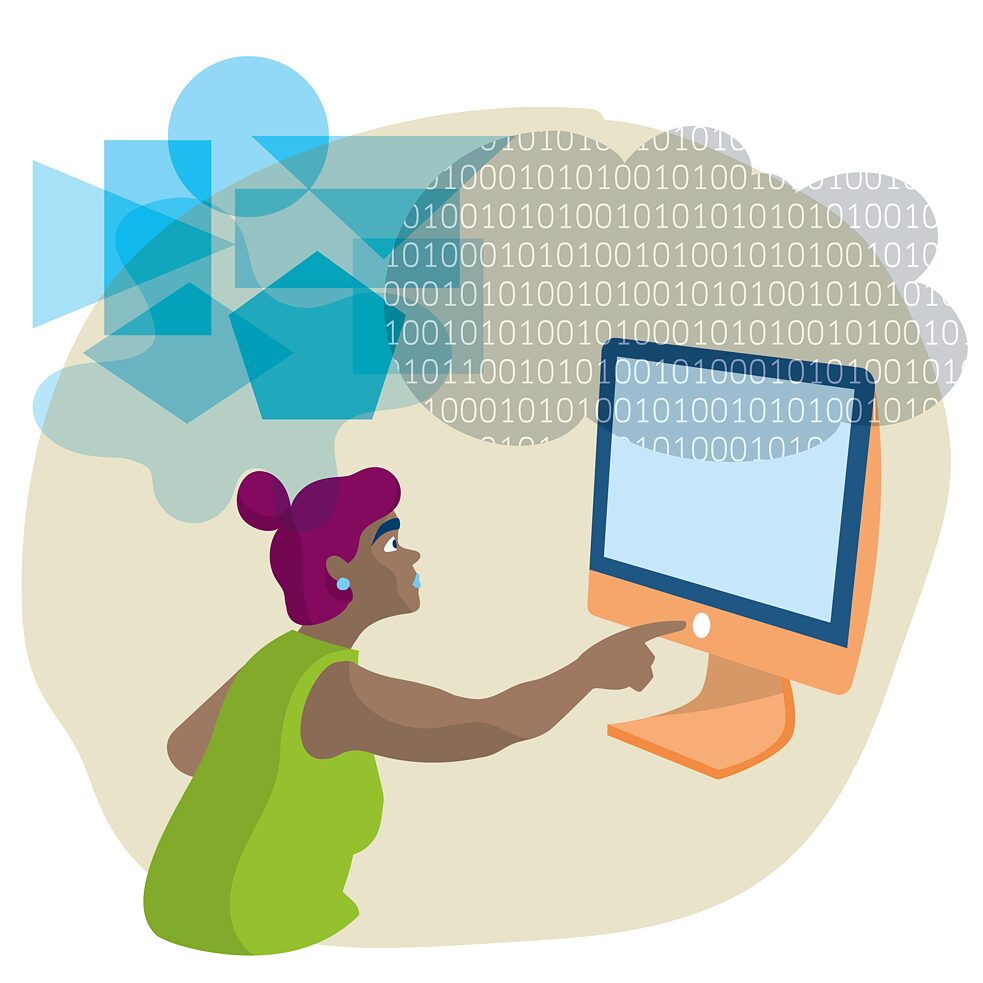 © Goethe-Institut Another musician who has employed machine learning creatively, is the band Yacht for their album Chain Tripping.

"The output of machine learning models really is not the end of the process, it's the beginning or you know like a waypoint between two different processes," says Claire Evans, who besides being part of Yacht, is also the Author of Broad Band about the women erased from the history of the internet. "New tools like machine learning and AI they don't need to obliterate older creative technologies or creative approaches. I think they can and do complement one another really well. The new reactivates the old and the old gives context and purpose to the new. I think it's really helpful to think of AI in those terms. It maybe makes it a little bit less scary."

To create the album, they went through all of their back catalogue, structuring the music to make it machine-readable. And in a similar way the lyrics were created from a model based not only on their own songs, but on songs written by their life long influences as well as their own musical community. Rather than making it easier, having machines create the music was hard work.

"There seems to be this real fetish for talking about these things in the context of displacement and automation which kind of implies that it's somehow easier to make an album using these technologies which in my experience it is absolutely not. It was far more labour-intensive and tedious than making an album in the traditional way," says Claire Evans.

However, it is by no means a mindless task to make music using machine learning algorithms.

"They're a way of expressing and navigating really high dimensional data using relatively low dimensional code and I think pop music has always had this quality. An effective song has the capacity to use a relatively simple universal chorus-verse-chorus mechanic to articulate a larger, ineffable human experience."

Sharing the internal world of machines

The field of creative AI raises a philosophical question of whether it is really possible for machines to be creative. AI is good at solving problems, including creative problems, and in some cases such as in the game of Go, solve them in ways unthinkable for a human being but with their own originality.

However, when it comes to the question of whether AI can really be creative, at the core of the problem is not how good or bad the technologies are at solving creative problems. Rather creativity begins with posing problems themselves, asking questions, or intending to change something or what philosopher John Haugeland calls “giving a damn”. And this, having intentions or curiosity, is not within the capacities of any current AI technologies.
Instead of seeing artificial intelligence as being in itself creative, it is productive to think of the collaborations between human and machine as a new space that is opening up to artistic creation.

Just like art has been used to examine psychological worlds hitherto unreachable by science, artistic disciplines open up technologies to similar examination.

"A definition by psychologist Carl Roger says that creativity is our tool for sharing our internal worlds with others and understanding or investigating our own internal worlds. It's really a tool for examining consciousness," says Marcus du Sautoy. "One of the exciting uses of creativity in AI will be as a tool to examine the internal workings of code which are becoming so complex we really don't understand quite how it's making its decisions."