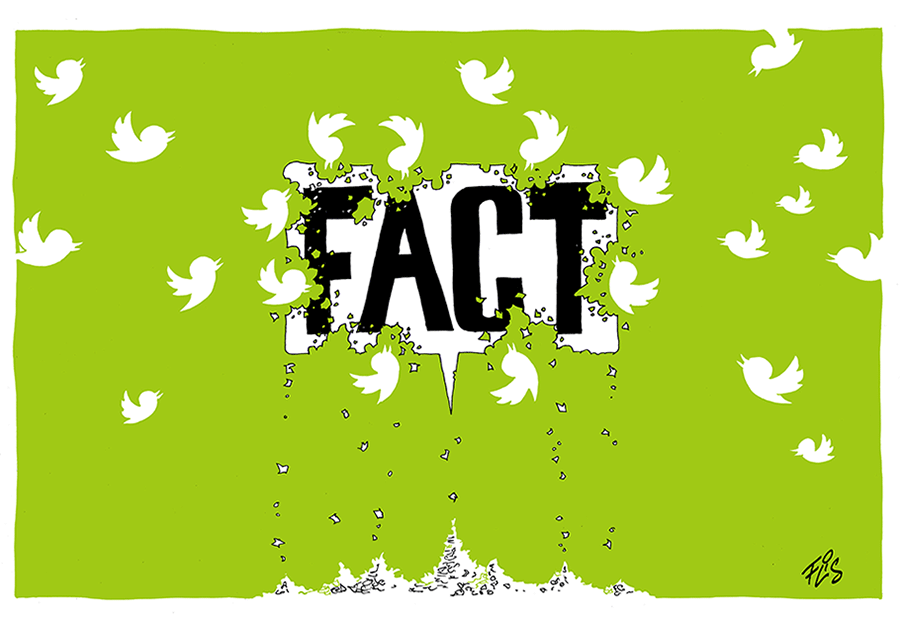 Illustration: CC BY-NC-ND
We are experiencing a time refered to as "post-fact", where political leaders will and can say and mean anything, regardless of whether it is based on facts or not.

This is a slippery slope for society, as actions are taken based on these statements. Information is flowing fast through the veins of the web, and few are willing or able to research these utterings. It is far easier and quicker to just respond and pass them on. 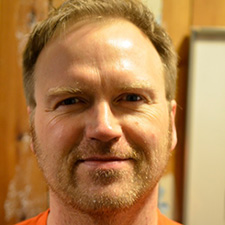 Øyvind Sagåsen | Photo (detail): © Øyvind Sagåsen Øyvind Sagåsen, also known by his pseudonym Flis, was born in 1969 in the small industrial town of Odda, Norway. He started his career as a comic artist in 1989, founding the comic association Norsk Seriebyrå, along with the English-born Kristian Walters. After a few years, Norwegian newspapers and magazines started printing their comics and cartoons.