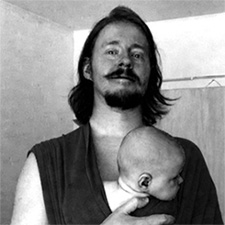 Karstein Volle was born in 1974 and grew up in the Norwegian town of Tranby. He studied at the Kunstakademiet in Oslo before moving to Finland in the 1990s where he works as an illustrator, web designer, and freelancer.