With its free public transport, the Estonian capital Tallinn has established itself as a pioneer in a European transport shift. | Photo (detail): Holger Hollemann © picture alliance

Car pollution is one of the major causes of climate change. Large citys around the world are struggling with the persistent problem of excessive motoring. Estonian Tallinn sets a leading example.

My hometown Tallinn, with the population of approximately half a million, became the first European capital to offer fare free public transport (FFPT) to its inhabitants. The policy was introduced in 2013 as an initiative of the governing politcal party. Many doubted the decision – especially the political opposition. Now it’s been almost ten years, so it’s a good time for review. Has FFPT proven to be efficient in reducing private car use for a cleaner environment and fighting social injustice?

Buses and trams are widely used; statistically, slightly more people in Tallinn choose public transport over cars. | © Goethe-Institut Tallinn To find out, I set up a meeting with an expert: consultant-analyst of transportation Hannes Luts. To get to our meeting I take a tram and then a bus – both of them fancy, new and clean –, but the time of my trip amounts to 45 minutes. Quite a lot for a relatively small city like Tallinn, especially because by car, I would’ve been there in 15 minutes. I’m not pleased, and according to Luts, I’m not the only one.

“If we look at the statistics in Tallinn, since 2013 the growth of car use has not slowed down and the market share of public transport has decreased. Of course, FFPT induces demand, but it does not change the balance between modes of transport,” says Hannes Luts. In fact, cars still travel faster than public transport in many cities, but also emit about thrice the amount of CO2. “To create change, we must focus on the attractiveness of public transport. And the users’ main expectation everywhere is the speed of travel. To create speed, we need separate routes for public transport. These are expensive to build, and with free transport the municipality loses the necessary revenue.”

As for statistics, Luts is right. In Tallinn, the number of cars is increasing by five percent every year. However, still slightly more residents of Tallinn choose public transport over cars. Also it’s worth noting that over the years public transport everywhere has gained fierce competitors – easy to use and quite cheap ridesharing, car rentals for short trips and e-scooters or e-bicycles. 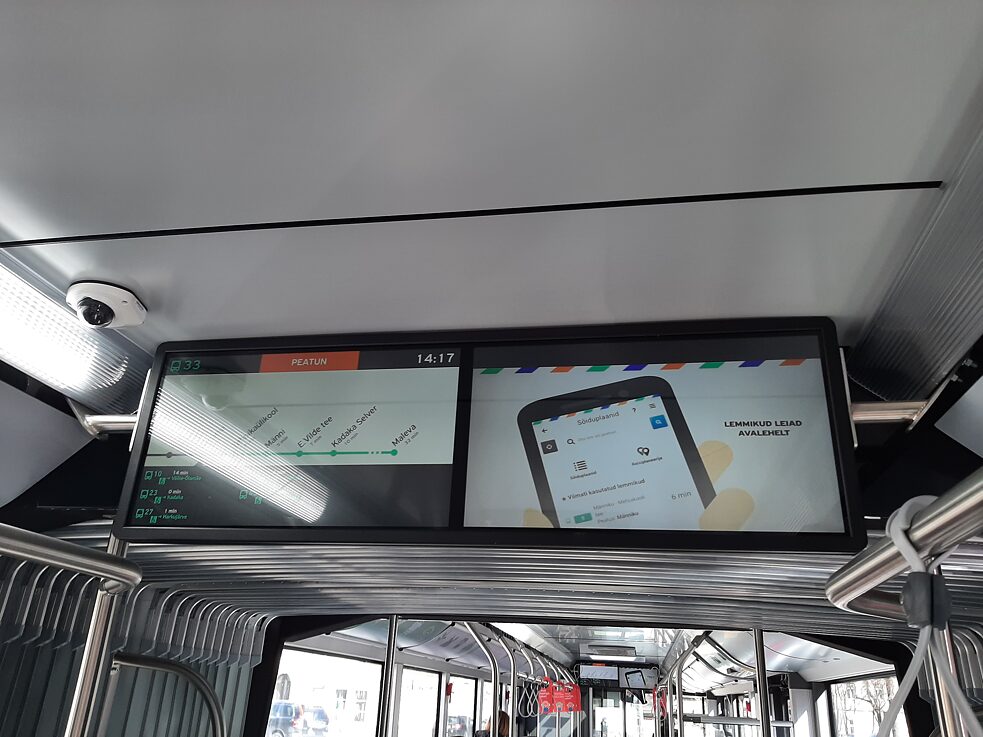 Modern equipment was a priority, but travel time often cannot keep up with car-sharing services or e-bikes. | © Goethe-Institut Tallinn But according to Luts, these new modes of transportation could also be allies for public transport. “One of the ways to make public transport more popular is to develop multimodality – a person arriving at the bus stop with a bicycle or e-scooter. The municipalities should work towards making the journey as coherent and comfortable as possible.” He suggests cultivating an app to make a multimodal trip more convenient: “Payment could be made handy through an app. If the price is reasonable, a small deductible would not be unacceptable for the customer.”

Mobility Regardless of Income

Reducing motoring is still only one side of the story with FFPT. The second is social justice and the promise to ensure that all people regardless of their income can move.

Before 2013, when a friend of mine was a student and at times financially challenged, she had to invent all kinds of tricks to avoid spending money on a bus ticket. One of the tricks was called “hot ticket” – you only validated, when the ticket control entered the vehicle. It must’ve been nerve wrecking. In dire situations you would easily trade the speed of public transport for it being free of charge. 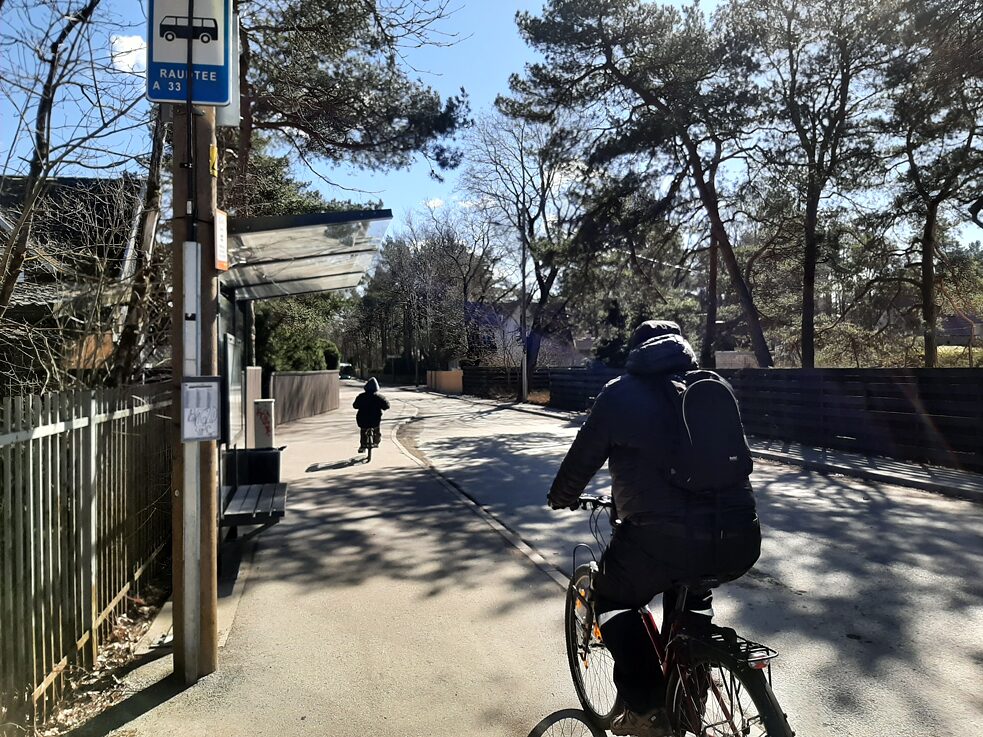 City geographer Turi Tuvikene recommends a cheap ticket in order to use the revenue to better develop the infrastructure and at the same time offer motivation to take the bike for shorter distances. | © Goethe-Institut Tallinn “Yes, it’s true that before the introduction of free public transport in Tallinn, the ticket price was a problem for a large number of users,” says Tauri Tuvikene, an urban geographer at Tallinn University, who is currently working on a project: “Public Transport as Public Space in European Cities: narrating, experiencing, contesting”.

“Around the world, FFPT movements are linked to the argument of social justice and the freedom of movement for all. I would not argue against such motives, although I personally am in favour of a cheap and affordable ticket, thus maintaining a low motivation to walk more and ride a bike at shorter ends,” says Tuvikene.

He stresses that FFPT has been a more resilient model with Corona conditions, where the number of users has plummeted. “For example, London's public transportation system has been hit hard by this because almost 100% of its revenue comes from tickets. Huge sums of money have now been put in there, so that the whole system of public transport does not collapse.”

Right now, FFPT in Tallinn remains a testing ground, for how to be free, but at the same time gain efficiency. It could be seen as proof that it’s not enough to make the public transport free of charge. For people to really use it and to compliment sustainable politics, the system of mobility in cities have to develop with it. One step has been made, the next ones will have to follow – in Tallinn and abroad.

How Can We Contain the “Car Obsession”?

We live in the age of motorised mobility. Whether plane, ship or car, there is a rapid boom in all areas concerning mobility. According to estimates, there could be two to even three billion cars on earth by the middle of the century. However, increasing car traffic is accompanied by increasing burdens on the climate, the environment, and human health. The promise of autonomy of individual mobility is reaching its limits. In our reports on the topic of "car obsession", various authors look at two potential solutions and examine how a more sustainable mobility can become possible.

Mari Peegel is a freelance journalist from Tallinn.