Less Meat at the Catering Eat Your Greens!

20 percent less meat: This is what many public sector caterers in the UK are currently introducing - for animals, people and the environment. | Photo (detail): Picture alliance © Photoshot

In January 2020, the UK’s Committee on Climate Change (CCC) published a report that suggested that the British public reduce their meat consumption by 20 percent and that public sector services take an active part in that process since they feed a quarter of the UK’s population. On the 1st of April 2020, trade magazine Public Sector Catering along with other partners announced their 20 percent Less But Better Meat Campaign, imploring public sector caterers in the UK to make the pledge.

Whether for health, animal welfare and/or environmental reasons, now more than ever before Britons are giving meat the axe. 2021 figures from YouGov suggest that 27 percent of adults in the UK are actively restricting their meat intake. Out of all the British cities, the Independent reports that London is paving the way for meat-free options not only in the hospitality sector but also in public sector catering. If there was ever a better time to push a meat-reduction campaign, it would be 2021.

More and more people in the UK are opting for a meat-free or reduced-meat diet. Factory farming is one reason for this. | Photo (detail): Picture alliance © NurPhoto | Artur Widak Although the 20 percent Less But Better Meat Campaign has a rather strong environmentalist rhetoric and support base, editor of Public Sector Catering (PSC) magazine David Foad admits that it was not launched to address environmental factors alone. Instead, the campaign had two driving factors, “firstly, to improve public health, particularly to tackle rising levels of obesity” says Foad. Secondly, “to take action that cut the carbon footprint of the industry”, he says. It was purely coincidental that the UK’s CCC had recently published a report promoting the same figure of 20 percent as a reduction target. When asked more specifically how and why the figure of 20 percent was founded, Foad responded: “As many schools were already adopting a meat-free day once a week, it was decided this was a target that was achievable and big enough to make an impact”. 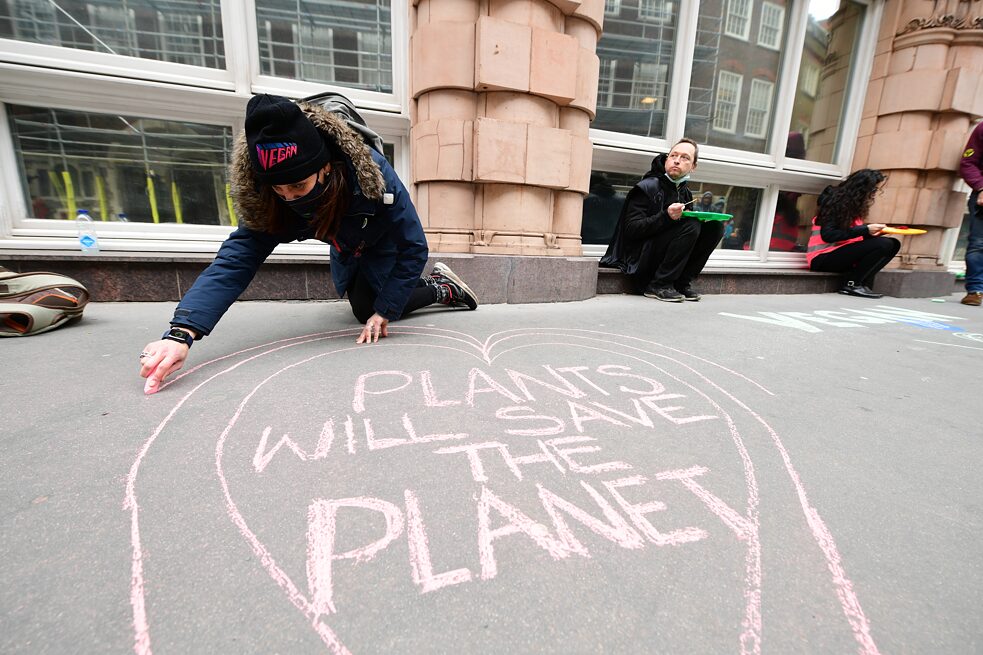 Public caterers are also being held to account: In April, people demonstrated outside the Department for Education in London for healthier and more plant-based food options in schools. | Picture alliance © Empics | Ian West

More Choices for a Greater Impact

As one of the UK’s largest public sector catering companies, Sodexo UK and Ireland employs around 30,000 people. Recognising that agriculture is a significant contributor to greenhouse gas emissions, head of the food platform Daniel Corlett says that “increasing the range of plant-based meals Sodexo offers a positive step towards reducing our carbon footprint”. However, Sodexo decided to take it one step further by committing not only to the 20 percent Less Meat campaign, but instead, to ensuring that a third of all of their menus are plant-based dishes.

Of all the spheres of public sector catering, both Foad and Corlett made a point of mentioning that schools were the most compliant to get on board. “In schools, caterers have the opportunity to make changes and children can be more easily persuaded to accept more plant-based options”, says Foad. But it’s not just schools that have willingly got on board with the campaign. One of the most compliant sectors has been universities but for differing reasons. “Universities have less scope to impose change, but have a customer base that is generally very receptive to the idea of cutting meat consumption and embracing alternatives”, says Foad. 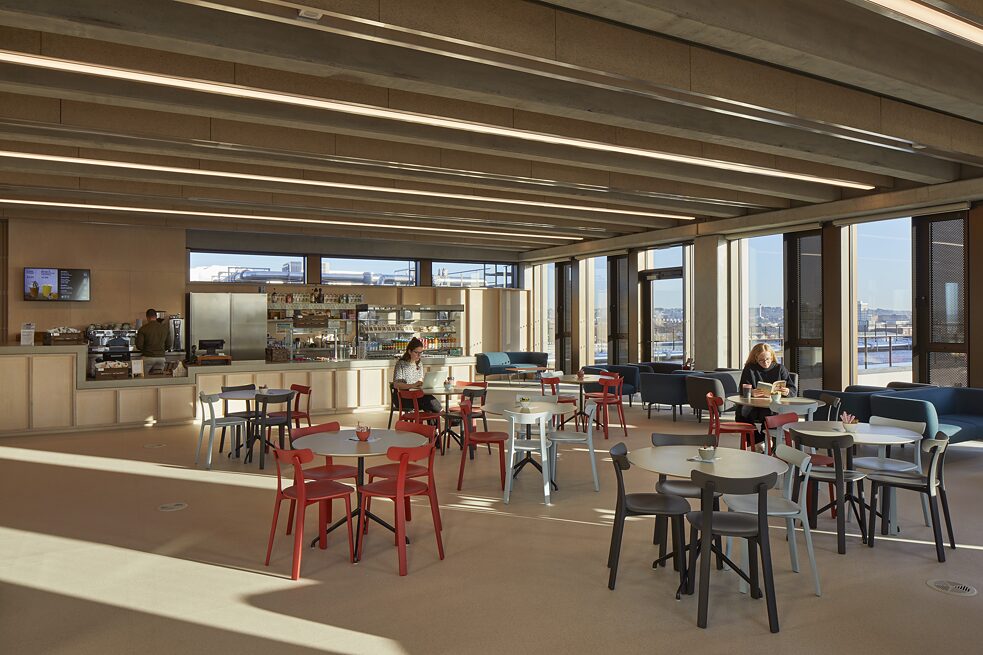 Kingston University in London is taking part in the 20 percent less meat campaign. | Picture alliance © Ed Reeve | View 24 year old British-German Melina Klein studies UX Design at Kingston University London. Klein thinks that the campaign is great because it doesn’t completely eradicate meat. “They definitely do influence personal lifestyle as the catering gives you more choice and I have noticed that I have started eating more veggie and vegan options generally, which is a step in the right direction!”, she says.

However, Klein warns that trying to push beyond 20 percent could be provocative for some students and almost lure the opposite effect. “I went to Goldsmiths for my undergraduate and they no longer serve any meat at all and I think that's a bit too extreme”, explains Klein. This transition towards completely erasing meat from university menus is something that Berlin universities have been striding ahead with. Since 2010, the Guardian reports that “Berlin’s Free University has had a canteen selling only vegetarian food, called Veggie No 1. A vegan-only canteen, called Veggie No 2, opened its doors in 2019”.

Much Needed Dialogue with Farmers

Although the Education sector across the continent may have invited similar campaigns with wide arms, not all of the public sectors have been so acquiescent. The British prison catering service, for example, felt unable to make a formal commitment without governmental approval“. Nevertheless, it supported the campaign in principle and, indeed, prison menus are among some of the most progressive within the public sector”, says David Foad. The armed forces caterers were another group that could not commit without Government backing. Given the nature of their catering, Foad assures, that it is a very difficult challenge to provide operational meals to active soldiers, especially those that cut meat.

One partner organisations of the campaign is the Humane Society International (HSI), which is promoting the human-animal bond and confront cruelty to animals across various fields, one of those being farming. Charlie Huson from the UK branch manages the Forward Food programme in the UK, which focuses on working with major caterers and public sector catering to shift menus away from animal products and to put more plant-based options. 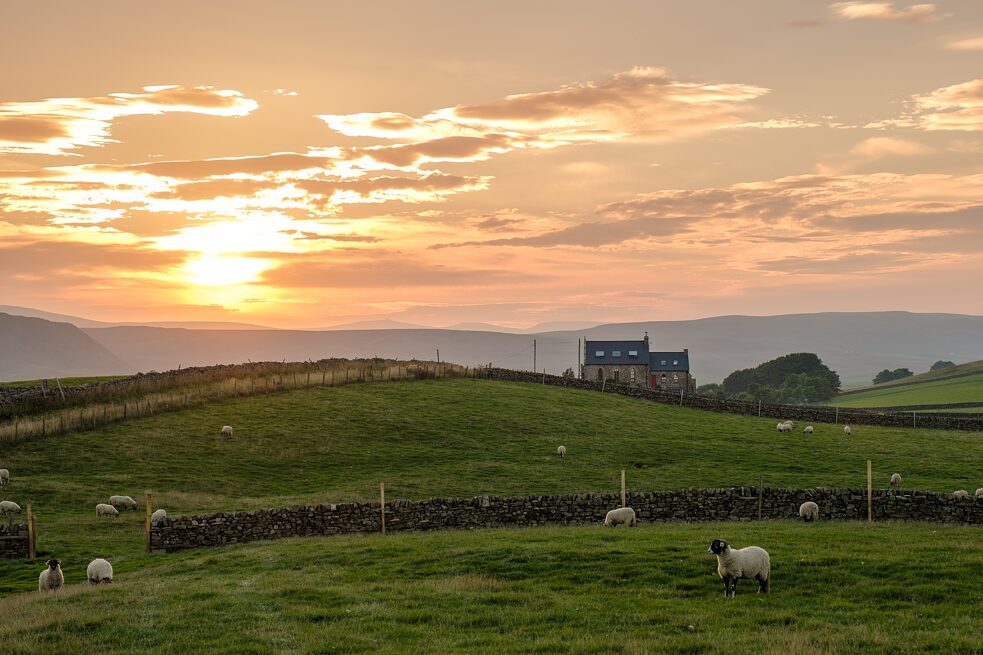 Many farmers are critical of the campaign, they are afraid of losing their livelihoods. Farmer John Black understands this and calls for them to be brought on board and retrained. | Picture alliance © Photoshot Despite being proud of the campaign, Huson admits that the resistance from some members in the farming community made for “a challenging start”. Nonetheless, Huson upholds that “the initial hostility from less progressive members of the farming community has opened up much needed dialogue as it’s crucial to work with farmers”.

Retraining Farmers Instead of Campaigning Only

Lifelong dairy farmer John Black has been sitting as the Director of The Farmers’ Union since 2018. Whilst Black agrees that the campaign has presented an opportunity to rethink British Farming and moving towards a more sustainable model, he still has hang ups about it. Not only does he believe that not enough money has been invested in the campaign, he maintains that marketing expertise is sorely lacking and representation for local farmers is non-existent. 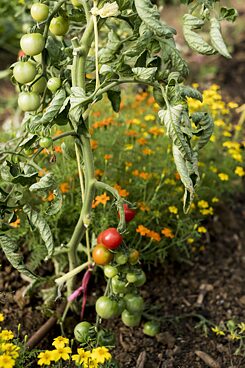 Farmer John Black demands that farmers be brought on board and, above all, that they be retrained, for example as vegetable farmers. | Picture alliance © Mint Images Black insists that the 20 percent Less Meat Campaign doesn’t adequately address deep rooted issues with British Farming, instead he views it as a temporary, useless solution. Black proposes that a whole new farming structure is necessary, moving to a regional and county level down from the current national one and investing in the farmers themselves. A simple census of farmers within every district, their training, size of land and facilities would be the start for Black. “This is why the campaign is nonsense, spend £100-200m instead upgrading farms and training farmers how to transform their farms to provide what the consumer wants within that region”, he says. Black used the example of retraining sheep farmers as vegetable farmers for when there are too many meat suppliers outbalancing demand in that region. “The farmer gets to keep his farm, he receives new technology and training to run a successful avocado farm, and we don’t have to fly them in all the way from Peru”, says Black.

Looking towards the future, HSI’s Charlie Huson is keen to see the campaign go from strength to strength but also extend beyond meat. “The EAT Lancet recommends a 50 percent reduction in red meat, dairy and sugar consumption by 2050 and the National Food strategy recommends an interim 30 percent reduction by 2032”, says Huson. It seems as though key public catering companies such as Sodexo are already prepared for this shift. “Our chefs have many options to swap dairy for plant-based alternatives for butters, yoghurts, creams, milks and eggs” says head of food platform Daniel Corlett. Despite these visions of the campaign extending into dairy, it seems most fitting and likely that the next stages of the campaign work at prioritising animal welfare standards and buying British only.

Lucy Rowan is working for the Goethe-Institut London.