Photography Between Fiction and Documentary

Where is the boundary between real life, physical reality and the portrayed? Photographer Tobias Zielony is known for his photographs of young people from disadvantaged urban regions. An interview about his work and the boundaries between realism and reporting.

Tobias Zielony is well-known for his photographs of young people from disadvantaged urban regions. He became interested in the subject while studying for his degree in the industrial city of Newport. Many of his photographs are portraits. They show a tension between truth and fiction, between a staged shot and spontaneity. An interview about the relationship between photo and reality, and the end of the social documentary era. 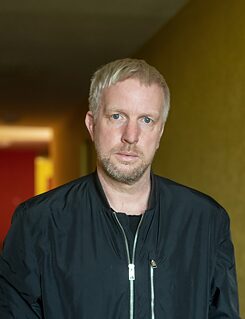 Among other things, photographer Tobias Zielony is famous for his photographs of young people from disadvantaged urban regions | Photo: © Halina Kliem With “The Fall”, Museum Folkwang in Essen is presenting the first overview exhibition of your works, starting on 25th June 2021. In the exhibition notes it says: “Zielony works at the interface between fictional and documentary statements.” Can you explain this juxtaposition in your work?”

Looking back, I can’t really say that it’s possible to separate these two areas, or that they ever could be separated: documentary and fictionalised. At first I started to work in a documentary capacity, because I was studying documentary photography. In my early works from Newport it actually was a kind of reflection of a social situation. It was still based on a tradition, it was very political: the working class, exploitation, unemployment, which were absolutely classic themes. Even during my degree – partly because it was pointed out by my lecturers, but also as a result of my own observations – I also understood that this documentary working approach is by no means devoid of any ideologies or narratives, devoid of fictionalisation. In fact that’s the basis – it even aims to underline them. It’s an attempt to say: these people are being exploited here, and this is an example of it. On the other hand, if you look at my work in specific terms a question arises: What’s the reality of life for the individuals I’ve photographed, in this case mostly young people? Where’s the boundary between actual real life, physical reality and the portrayed?

Then in an interview around ten years ago you also said that social documentary photography had reached crisis point. What’s the situation with that today?

To be honest I don’t know what to make of the concept of social documentary photography. Although historically you could say that there were various strands of a politically motivated narrative on a global scale into the 1970s – with the aim of improving, explaining or at least pigeonholing the world. I think in the 1970s it then fairly rapidly became clear that this is actually too simple, and that photos are just photos and don’t work without a context. Of course there are traditions if you go back to the 19th century or early 20th century, for example Lewis Hine. Those were photographers who went into some of the poorer districts or parts of the USA, UK and all over the world from a privileged perspective. It’s always been a sort of mixture of voyeurism, curiosity and the motivation to help. But what was supposedly social documentary photography had sometimes even become part of the pattern of exploitation and oppression. Today the crisis is so manifest from my perspective that you can’t even call it social documentary photography anymore.

“BMX” (2008) from the “Trona” series, for which Tobias Zielony travelled to the small chemical town of Trona in California. | Photo: Courtesy KOW, Berlin © Tobias Zielony Yet photography still exists today, for example news photography or war reporting, which by definition claims to show reality.

I find the concept of realism in this context not unimportant, because after all it’s a kind of branding you can work on. And which also changes over time of course, even though you think reality’s always the same! But realism per se is already proportional to supposed reality. With photography, people quickly jump to the conclusion that there’s a built-in realism machine that operates independently of the photographer. There is some truth in that, because the recording process is a mechanical or photochemical one. And there’s a very strong resemblance to the subject depicted. Yet the question remains: what is reality? On one hand it’s the material actuality in front of our noses, that you can see, but actually it’s also a huge chaos. And in our heads, in our narratives of the world, we sort it all into structures. Photography is a part of that, but I never stand outside of it all. So the concept of realism is a useful way of talking about the relationship of photography to the world and to people.

Can this form of photography still provide visual stimulation today?

I do think that photography can provide visual stimulation, but this has become part of our lives and a completely different concept of reality needs to be used. If we say that we use pictures to think about ourselves and the world and other people, and to communicate with them, then THAT is our reality. The same applies if this is happening in pictures and words and on social networks. And to be involved in this more complex structure, photography plays a role here and provides inspiration. But the classic idea of objective photography as a social documentary can’t function on its own.

Is it maybe also significant that we’ve all become photographers thanks to smartphones and social media?

Yes of course! What’s happened is that taking photographs of the world used to be a privilege. Access to this was very limited. Later on more people were able to take photographs, but where were they actually being seen? If they weren’t published in any of the papers, in fact they were invisible. And of course things are completely different today. In some ways it’s become more democratic. So that we’re all producers and consumers at the same time. As well as forwarding and circulating. We’re experiencing a turning point, which really means that social documentary photography is being replaced with processes in which almost everyone is involved.

Many of your photos are portraits. The emergence of social networks has also fundamentally changed the idea of self-identity and representation. We can’t imagine a world with no selfies now...

The portrait is an interesting genre for considering the question of documentarism and reality. I think that a portrait in fine art and in photography is very easy to understand. It’s clear that a picture can never depict a person as he or she really is. After all we’re physical, we’re three-dimensional, we have thoughts and a life before and after that moment of the snapshot. A portrait is undoubtedly a form of intensification and fictionalisation. On the other hand there’s a moment that can’t be clearly defined, when someone says: “On that picture such and such is exactly as I know them.” You can’t comprehend that objectively. With selfies we’re actually creating portraits the whole time that aren’t trying to show how we are – they’re trying to show how we’d like to be. And at this point we can start to understand the difficult nature of this relationship between image and individual, or image and reality.