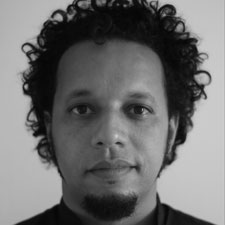 What are the major issues and problems with respect to the global South?

First, I’d like to point out that the Global South that we are talking about is an expanded South; it is not a South linked specifically to one question or geographic demarcation. But what is this South that is not geographic? What unifies it? The Global South is defined as a part of the world that endured colonization. Or, in other words, the hemisphere that endured the triple trauma of colonial exploration: slavery, the extermination of native populations and religious persecution.

This is the central issue when talking about the Global South: the idea of a world that some call “underdeveloped” and others call “Third World.” All of these are ideological conceptions created in order to name what this Global South would be, but all allude to this historical relationship, a relationship that is constructed based on the historical process of colonization.

And where are the gaps in the South-South dialogue?

If we consider that one of the major issues is colonization, as well as the history of this colonization, we identify in the challenges we’ll have to face in order to undergo decolonization (whether of thought or of political and economic practices) that the lacunae of this South-South dialogue are also born out of the process of colonization. In other words, it is through colonization that the European standard is created, a frame of references from the North – which is initially European, having been since substituted by the joining of the USA as a world power.

This lack of dialogue in the South, within this Global South, is a consequence of emphasizing standards from the Northern hemisphere: a framework that considers that the dialogue of legitimacy of awareness and knowledge, of cultural legitimacy, occurs through the relationship with the North. And you see, this is not an abstract question. This is implied when we, as artists, have, for example, to develop a work of contemporary art and this work has to circulate around the North, that’s to say, in Europe or in the USA, in order to be considered a work on the international axis. It is not by chance that in contemporary art the leading museums are in this axis of the North. And nor is it by chance that the major contemporary art events are also in this axis of the North – some of the major ones, because obviously this is a battle and there are always objections to this model, to the persistence of this hegemonic model.

How does the episode “New Diasporas” relate to these issues?