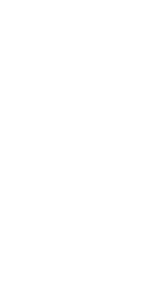 Episodes of the South: new points of view

Goethe-Institut project will include debates, research, exchange programs and artistic and academic works using new points of view and ways of thinking about Germany, Europe and the world.

In the old European representation of the world, the planet was made up of three large portions of earth grouped together around the Mediterranean Sea. That which was to the south was terra incognita, always connected to the sun. Cartographic conventions, always showing Europe on top, established a view of the South as a gaze from above looking down below. This dominance of the North still exists today, not only on our maps, but also in the economy, in politics and in art as well.

With his upside-down map of South America, the Uruguayan modernist Joaquín Torres-García acknowledged, as early as 1935, the structural inequality of this colonial bias in art and founded the Escuela del Sur (School of the South). Thus, since then and up to the present there has been a continuous effort made in search of a view belonging only to the South, as in Torres-García’s attempt to turn the world upside down. Or as in the provocative words of Cameroonian philosopher Achille Mbembe: “The world is catching up with Africa, not the other way around,” he says.

Additionally, the anthropologist Arjun Appadurai suggests, in place of a theory of the South that generates ways of thinking traditions of the North, a “to the south of theory,” that will give rise to another architecture of global culture. With the project Episodes of the South, the Goethe-Institut experiments with disorientation, wherein geographies turn to liquid and the definition of axes such as East/West, North/South is diluted.

Does a history of global art exist? What are the paths toward a decolonization of thought? What are the artistic visions of the future in Africa? How does one invent utopias in the Amazon Rainforest? What will the museum of the future be like? How does the South negotiate on the black market? How would an “episode of the South” be in the “clouds”?
The project offers debates, research, exchange programs, and artistic and academic works over a period of three years.
What will the new paths of acquisition and mediation of knowledge be like? What is the musical rhythm of the revolting mass? What effects does this have beyond the South? The project thus experiments with new points of view on art and culture. Using the “unvirtues” of the South, they draw attention to the potential of nonconformist thinkers and bring to light new paths from the South to the South.

The project offers debates, research, exchange programs, and artistic and academic works over a period of three years. Each episode has its own format, is devoted to a concrete question and is connected to other episodes. With Episodes of the South, the Goethe-Institut dares to suggest new points of view and ways of thinking Germany, Europe and the world – even though or especially because those points of view are still so little known.
Copyright: Goethe-Institut Brasilien
February 2015