By Any Other Name: Dance Dramaturgy in Southeast Asia – A Personal Experience 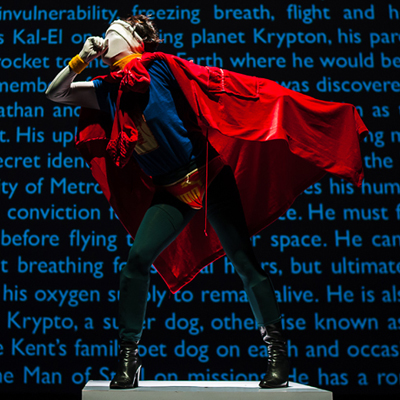 Dramaturgy came late into my already diversified performing arts pathway-trajectory-calling-career. I only truly acquainted myself with this fascinating field in my postgraduate studies after having been entrenched in performance activities for more than 15 years. And this engagement was just through sifting and skimming critical writings and essays on the subject – even then I was not the best of academic students to allow for intellectual precipitation and ruminate on the much-discussed and debated subject in contemporary performance. However, when the opportunity to dive into the very act of dramaturging happened in 2009, I was pleasantly surprised. It was a small showcase presented by Singapore’s Esplanade Theatres on the Bay, featuring two classically trained female dancers – one in Indian Odisi and the other in Cambodian dance -– who spoke about their burgeoning career in their disciplines. The simple showcase did not break any performance boundaries but I felt myself yearning for more of this kind of work – wanting to observe, wanting to learn, wanting to understand, wanting to service the dance-makers’ artistic vision. I was never really inclined to create my own performances and the prospect of playing a support and consultative role to develop other people’s ideas seemed to excite me.

I was very fortunate to be at the right place at the right time. By 2010, Esplanade’s annual dance festival – Da:ns Festival – had begun to commission new works in the Southeast Asian region. While working on my PhD at the National University of Singapore, opportunity struck in a big way. Esplanade had begun discussions with the imminent Pichet Klunchun on a new piece of work to be premiered in Singapore in 2011. As Esplanade searched for a dramaturg to assist Klunchun I was also ‘shopping’ for a thesis topic. A turn of events during a conversation with Da:ns Festival’s programmer Faith Tan led to me being Klunchun’s dramaturg for his Black and White that premiered to critical success in 2011.

Esplanade’s role in ‘launching’ me fully into dramaturgical work did not stop there. In 2010, Cambodian Amrita Performing Arts showcased a work-in-progress in Esplanade. It was their latest work by choreographer Emanuéle Phuon entitled Khmeropedies I & II. After soliciting critical feedback from me, Amrita’s executive director Fred Frumberg suggested that I might be able to help them dramaturg parts of the unfinished work. Soon after, I met choreographer Phuon and we hit it off and I was grateful that she thought I could contribute to the production. I then started developing ideas of a critical comparison of Klunchun’s and Amrita’s contemporary choreographies pertaining to modernity and globalisation for my thesis. It was truly all about timing. So, 2011 saw me flying back and forth Bangkok and Phnom Penh to work on Black and White and Khmeropedies I & II.

‘Work’ on these two projects were two-fold: as dramaturg and thesis researcher. As it turned out the tasks and duties of both roles intersected rather critically for me. As dramaturg the task of observing, taking notes, generating discussions as well as questions, very much like the performance and rehearsal ethnographer. As for the breadth of m dramaturgical functions go, working with Klunchun and Phuon could not be more different. As with both artists, I began tentatively as I had to ‘feel’ my way around them at workshop and rehearsal sessions. By this I mean the relationship between dramaturg and choreographer had to be slowly developed and nurtured in many different ways.

Right from the onset, Klunchun liked the idea that I played interrogator in delivering question after question as I sat in rehearsal watching him develop new choreographic styles from his classical Thai Khon training. The incessant barrage of questions were indeed necessary for a deeper understanding of the work at had if I were to offer any valuable feedback and contribution – not to mention that the answers often fed directly into my research investigation for my thesis. These questions range from technical choreographic systemic perspectives to getting deeper into Klunchun’s concepts and narrative for his Black and White. Soon Klunchun’s trust and confidence in me grew and he started to solicit for feedback in certain areas. This trust and confidence between choreographer and dramaturg is vital for open and critical discussions that would serve the artistic work and choreography at hand. This trust and confidence are also gained by being at the start of the project when the choreographer is perhaps just on the cusp of beginning explorations or rehearsals in the studio. I had the great fortune to be with Klunchun right from the start for Black and White.

As for Phuon, she had been honest and open with me from the onset. She confessed that she had always been a dancer first and foremost and that Amrita’s Khmeropedies I & II was her big venture into creation. It was quickly established that she welcomed me as collaborator on the artistic creation as well as stepping back to play dramaturg. I had until 2010 been immersed in performing arts as performer and (budding) academic and so Phuon felt that my theatrical experience would contribute to her cause as Khmeropedies I & II entailed theatrical elements as it told the story of young classical Cambodian dancers attempting into contemporary dance.

Phuon was also very clear on the kind of help she needed: she had drawn certain boundaries in me ‘meddling’ in her choreographic sections of the performance and would have me focus on the more theatrical and dramatic segments. She was also extremely generous on this front as I would physically get involved in suggesting and shaping specific dramatic scenes that would cohere and link to her choreographic scenes. Phuon would of course have final approval on the scenes I created. Again, it was a different way of working dramaturgically.

These two early yet professional experiences would very much pave and shape my approach to dramaturging every time worked on a new piece. That it is very much about developing an artistic and professional – and more often than not, even a social – relationship as foundation to project. Secondly it is about flexibility and fluidity in the kinds of roles I would play as dramaturg. The official name stays the same but the roles change from project to project: researcher, interrogator, co-choreographer, collaborator, copy-editor (publicity and programme notes especially!), mediator and facilitator (between choreographer and other artists i.e. lighting and sound designers), script writer, and yes, even social director, as I played host to Klunchun’s dancers working in Singapore on Black and White for almost a month, homesick and missing Thai food.

The one thing that I do take away from all this is that the rich and varied experience in my performing arts career thus far has truly contributed to my understanding of my role as dramaturg. Having said that, I am very sure that there are many different types of dance dramaturgs out there who operate and function in a multitude of ways. For me though, the big picture of putting together a performance is what I truly am attracted to as dramaturg – it is demanding and challenging in its many layers and interconnecting artistic and choreographic aspects as well as bleeding into production management and administrative needs.

In the past two years there has been a gaining urgency in me to extend the curiosity of the dramaturg – “What are you?”, “What do you really do?”, “How do you do it?” – to fellow dramaturgs in the region. I was also working with choreographers from the Southeast Asian region – so the plethora of questions included “So who else is a dramaturg in the region?” There was a need to connect with other dramaturgs in the region, a curiosity to search for like-minded individuals in dramaturgy.

So the Asian Dramaturgs’ Network (ADN) was born as I plan the inaugural meeting-cum-symposium in Singapore later this year. ADN is about connecting individuals in dramaturgy because it is the people who are doing, refining, adjusting and shaping dramaturgy and ADN is interested to connect and dialogue with such individuals.

Seven years later – and eight full-fledge dramaturgical projects under my belt – my adventures in dance dramaturgy are still very much driven and guided by personal experiences, and (a modicum of!) intellectual and academic labouring in performance-making, as well as the cumulative effects of working consistently as dramaturg. For sure, I do keep abreast with the critical writings on this burgeoning field in contemporary performance-making but the doing for me helps me with the thinking, dramaturgically that is.

How Ngean was conferred his PhD in 2014 and his thesis features prominently the works of Klunchun and Phuon with regards to contemporary dance and globalisation in the region. How Ngean is also the founding director of the Asian Dramaturgs’ Network (ADN). Its inaugural meeting-cum-symposium will be held in Singapore 23rd & 24th April 2016. For more information, visit www.facebook.com/asiandramaturgs and queries info@asiandramaturgs.com.
Archive