Evictions are nothing new in Berlin, yet very few capture the public’s attention. The recent demise of the Liebig34 housing project triggered protests, fuelled the ongoing debate about gentrification and raised questions about where the city’s priorities lie.

Around 1,500 police officers descended on Friedrichshain in the pre-dawn darkness of Friday 9th October. Dressed in full riot gear, they were not responding to a terrorist attack or racially fuelled violence. Instead, they had been summoned to evict around 40 women, transgender and intersex people from one of Berlin's few remaining squats Liebig34 (pictured above). Temporary fencing kept protesters and the media at bay while police chainsaws and angle grinders made light work of the residents’ barricades. Police officers were soon escorting or carrying people out of a first floor window and down a portable ramp. So how did we get here?

Squats have been part of the city’s residential landscape for nearly 50 years. The first wave of squatting was a response to the 1970s housing crisis in West Berlin. People occupied numerous buildings in Schöneberg and Kreuzberg and were often united by a political agenda (for example, anti-Nazi, anti-capitalist or feminism). The fall of the Berlin Wall in 1989 triggered a second wave in the east of the city. Fearing the border might close again, many East Berliners immediately fled to the West and left behind fully furnished flats that were ripe for the picking. Over 130 residential buildings were occupied in and around Mitte, Friedrichshain and Prenzlauer Berg. 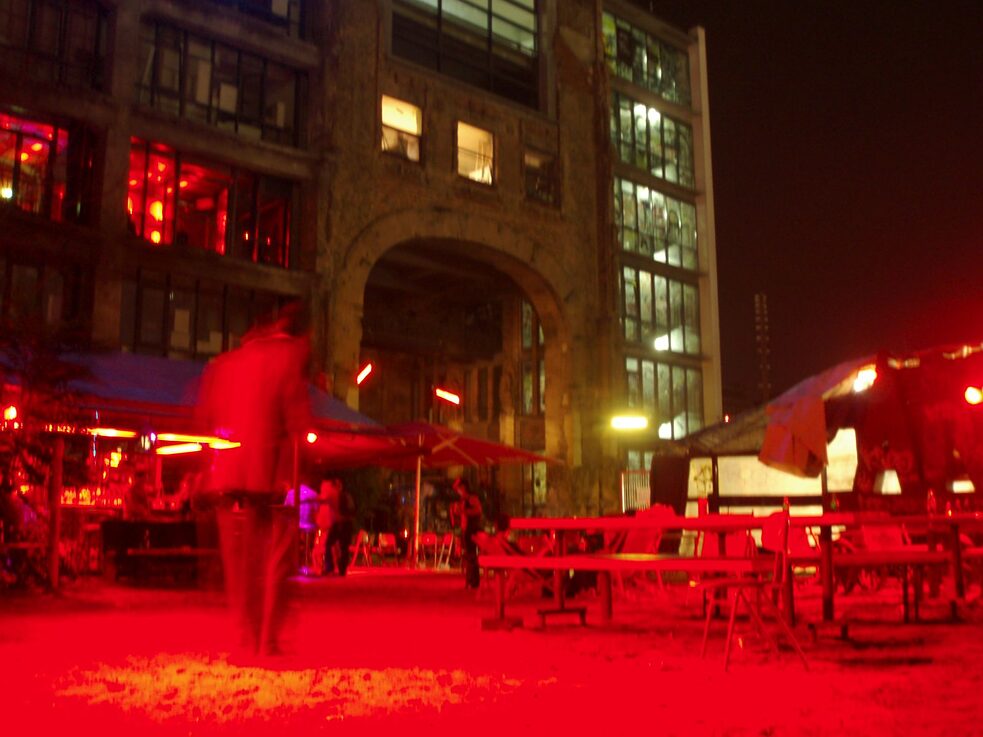 
Since then, many of the squats have been cleared out and returned to the market. Some have hung on by becoming legal communal housing projects that provide space for alternative lifestyles, creativity and diversity. One example is the Tacheles artist community which squatted a disused department store building in the Berlin suburb of Mitte, filled it with a variety of cultural offerings and transformed it into one of Berlin’s most popular tourist destinations. In 1998 the artists became legal tenants, paying a nominal amount of 1 German mark in rent, but the building was later sold and their lease was not renewed. After years of wrangling, the cultural centre finally bit the dust in 2012, making it yet another unique cultural attraction that has been sacrificed in the name of progress and profit in the German capital.

Tacheles may be gone, but Berlin still has many post-squat housing projects. Yet they remain an endangered species, as even unlimited lease agreements cannot safeguard against eviction. Housing demand and property prices have skyrocketed over the past decade, creating opportunities for ever-greater profit. Real estate investors keen to capitalise on this development are modernising their properties to justify massive rent hikes—and this is squeezing out housing project residents and other tenants. This is a hot topic across the city, given that the majority of Berliners rent their homes. 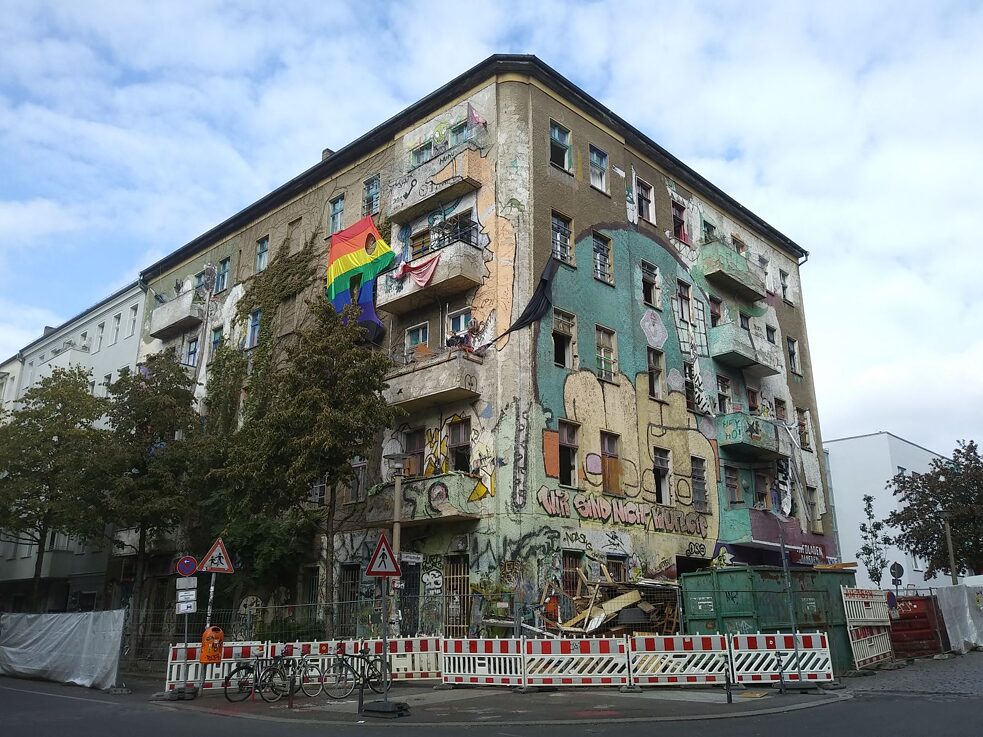 
Most of these indirect and direct evictions are invisible. Yet some, like Liebig34, are splashed all over the media. Established in 1990, the queer feminist housing project was a residential space, community hub and safe haven for women and LGBTQI members of the radical left scene. In 2008 the squatters signed a lease agreement after their building was purchased by real estate mogul Gijora Padovicz at a foreclosure auction. They ran a bar and event space called X-Beliebig to help cover their rent, as well as an information centre that provided free internet, newspapers and “revolutionary materials”. When their lease was not renewed in 2018, they reverted to squatting.

Liebig34 became symbolic of the struggle against gentrification in general and the removal of Berlin’s subcultural spaces in particular. In the lead up to the eviction, numerous “solidarity protests” were attended by other housing project residents and those keen to show their opposition to Berlin’s Mietenwahnsinn (rental madness) and Verdrängung (the “displacement” or squeezing out of residents caused by the rising costs of housing). Anti-gentrification protests have become common and this was not the first time Gijora Padovicz’s real estate network has faced public opposition. 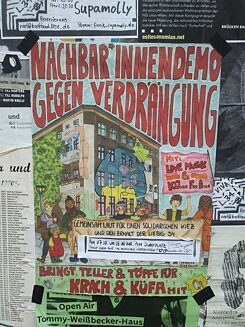 A few days before eviction, Liebig34 occupants called on local residents for their support | © Brianna Summers Tenants in regular rental properties owned by the Padovicz group have accused his companies of ignoring their requests for repairs and unfairly increasing their rents. Others have lodged complaints with local authorities about the misuse of the properties, such as flats being deliberately left empty or filled with large numbers of migrant workers. Such tactics are designed to make life difficult for the tenants, so that they move out. Once the buildings are empty, Padovicz can renovate them and rent them out for as much as twice the price. Tenants enjoy many rights and protections in Germany, so removing them can be tricky and expensive. Hence, from an investor’s perspective, it’s infinitely preferable if tenants “choose” to leave of their own accord. A group of tenants affected by Padovicz’s practices even started a blog about him to expose his company’s dealings.

On the evening of the Liebig34 eviction on 9th October, around 1,700 protesters marched through Mitte, smashing shop windows and setting 12 cars on fire. While I obviously don’t condone the violence, I understand the anger. I’ve witnessed Berlin’s property market descend into madness. My favourite clubs have long since closed, often due to skyrocketing rents, and I have friends who have struggled for months and even years to find a vaguely central and affordable flat. Here’s hoping that the housing projects can hang on, Berlin’s rent control laws successfully reign in the real estate cowboys and that the state purchases the remaining irreplaceable cultural spaces before investors do.