What are the challenges facing (independent) journalism in Europe? What threats do journalists and the media face? We explore these questions in our project "Under (High) Pressure", in a dossier and as part of residencies. 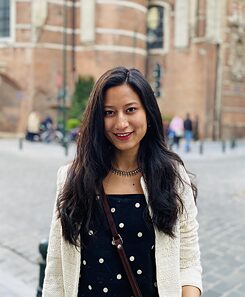 Private Akriti Manandhar is a journalist from Kathmandu, Nepal. She is currently pursuing her Master's of Arts in Journalism, Media and Globalization in Denmark and the Czech Republic. She won an Erasmus Mundus scholarship to pursue this unique joint Master's degree at Aarhus University, Charles University and Danish School of Media and Journalism. She has worked as a Copy Editor for an English newspaper "The Annapurna Express" in Nepal. During this time, she published over 50 news articles mostly covering gender and social issues. She has also worked as a Media Associate at "The International Centre for Integrated Mountain Development". A Future News Worldwide 2019 Fellow, she has received grants for independent journalism projects. 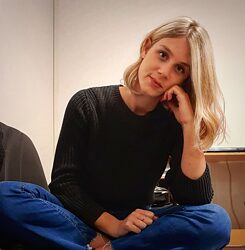 Private Erika Antonelli is a freelance journalist from Rome, working for the weekly investigative news magazine L'Espresso. Before realizing that journalism was her passion, she worked as a teacher and interpreter in German and English. After winning a merit scholarship, she studied Journalism at Luiss University. She did an internship at CBC (Canadian Broadcasting Corporation), working as a producer from Rome. She previously lived in the UK, Austria and Germany. As a journalist, she covers social issues and European politics, with an eye to the far-right scene in Germany and beyond. She analyses the links between Neo-Nazi groups in Italy and Germany and the correlation between anti-vaxxers and extremism. She loves reading, writing, having super long walks with her dog and pole dancing.

Media Freedom in Belgium
The most important of our freedoms

"Vive De Potter', the Belgians who fought against the Dutch army in the streets of Brussels in 1830 shouted the name of Louis De Potter. He was a leading journalist who had been banished to France by the government because his newspaper advocated democracy, social equality and freedom of expression. The 'Belgian Revolution' was born - among other things - out of protest against censorship and the persecution of journalists.

Media freedom in Bulgaria
A lack of sufficient autonomy

It is a well-known fact that, in recent years, Bulgaria has consistently been ranked last among all EU countries, according to the World Press Freedom Index compiled by Reporters Without Borders (RSF). In the last three annual editions of the Index, for 2018, 2019 and 2020, Bulgaria is ranked 111th out of 180 countries. Viewed in the context of Southeast Europe, Bulgaria is also not performing well: it is ranked lower than non-EU countries in the region.

The figures do not bode well. In the first nine months of the year, the European Centre for Press and Media Freedom (ECPMF) has already registered 80 violation of press freedom  in Germany. What is it all about in concrete terms? And what is to be done?

On October 28,  the Croatian Journalists’ Association (HND), organised a press conference to draw the public's attention to a dozen new lawsuits against journalists and media in the country. The lawsuits were filed by high-ranking politicians and public figures - Member of Parliament Branimir Glavaš, Rector of the University of Zagreb, Damir Boras, and former Minister of Agriculture Tomislav Tolušić.

Face masks have emerged as key symbols of the pandemia world. It is intriguing to recall Oscar Wilde’s dictum on mask wearing for the present situation: “Man is least himself when he talks in his own person. Give him a mask and he'll tell you the truth”. He tells us that the very mask is, in fact, what may enable the wearer’s persona and intentions to become transparent, open to public scrutiny. In the present situation it is very much the case too, because the actual or imagined mode of contagion becomes the most closely watched channel of communication among aquaintances, friends, and even more so among strangers. These communication channels include a handshake, an embrace, and the numerous time/speces where strangers meet, such as streets, shops, offices, trams or pavements.

© private Oliver Bilger is an editor at Berlin's "Tagesspiegel" - as a political journalist as well as a reporter covering Russia and Eastern Europe. He has been dealing with the region for more than 15 years. In 2007, he was a guest editor at the "Moskauer Deutsche Zeitung" for one year, seconded by the Institute for International Relations (Institut für Auslandsbeziehungen). Between 2012 and 2016, he worked as a correspondent for the Handelsblatt and other media in Russia. Before that, he completed a traineeship at the "Süddeutsche Zeitung". Oliver Bilger has received several awards and grants for his work, most recently as a journalist in residence at the Social Science Centre in Berlin (Wissenschaftszentrum).

© private Zsáklin Diana Macumba, was born in Hungary and raised in Germany. Studied theatre, film and media studies and political science at the University of Vienna and the Université de la Réunion on the French island of La Réunion. During her studies she works at the Wiener Festwochen [Vienna Festival] and the Viennale [film festival]. From November 2018 to March 2020, she completed her training as an editor at the German School of Journalism in Munich. Her internships would take her to Berlin to CNN International, to Hamburg to the Tagesschau newsroom and to New York to the ZDF foreign studio. She has been working as a freelance journalist since September 2021.

© Martin Jehnichen Born in Aachen in 1980, Claudius Nießen is an author and reporter who lives in Leipzig.
After stints as a reporter for the Westdeutscher Rundfunk and the Handelsblatt publishing group, he studied literary writing at the Deutsches Literaturinstitut [Germany Literature Institute]. Today he works for the award-winning podcast radio station detektor.fm, focusing on business, culture and society, and the media.

© private Aneta Zachová is an editor-in-chief of EURACTIV.cz, an on-line medium followed by policy professionals which is a part of pan-European media network EURACTIV. Within her editorial work, she is covering and analysing the European Union affairs. She is PhD candidate in International Relations and European Politics at Masaryk University in Brno. Her dissertation focuses on the European Union in the times of crises. She graduated from International Relations at Masaryk University. She also holds a Bachelor’s degree in Media Studies and Journalism.

The journalist residency programme "Under (High) Pressure" is an initiative of the Goethe-Institut Brussels. Project partner is the Association of European Journalists in Belgium (AEJ).