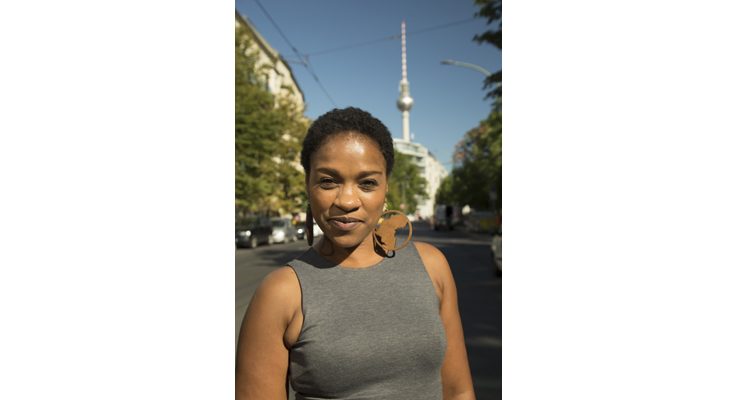 Natasha A. Kelly is an independent scholar, author and curator. She has a PhD in Communication Studies and Sociology with a research focus on German colonialism and Black feminism. Born in the UK and bred in Germany Natasha has taught at numerous universities in Germany and Austria. As a Research Assistant at the Centre for transdisciplinary Gender Studies at Humboldt-University Berlin (2010 – 2013) she dealt with the decoloniality of knowledge, power and beings. In her publications “Afroism” (2008), “Sisters & Souls” (2015), “Afrokultur” (2016) et al. and in her creative works “EDEWA – The Postcolonial Supermarket” (2010 ongoing) (http://www.edewa.info), “The Poison Cabinet” (German Historical Museum Berlin, 2016/2017) and “African_Diaspora Palace” (“World Exhibition_Reformation”, Wittenberg 2017) et al. she combines theory and praxis due to create transfer-lines between academia, society and politics.

In addition to her consulting work for various art institutions, she was the artistic director of the sequential theater series “M(a)y Sister”, which was based on her book “Sisters & Souls” (2015) and performed at the HAU Hebbel am Ufer Theater in Berlin from 2015 to 2018. Her award-winning debut film “Millis Awakening” (2018) was commissioned by the 10th Berlin Biennale and screened at the Museum for Modern Art MMK Frankfurt am Main (2018/2019), at the Kirchner Museum Davos, Austria (2018), at the Art Association Australia and New Zealand AAANZ (2018) and at the Bundeskunsthalle Bonn (2019). The eponymous bilingual (Eng. / Ger.) book to her film was published in 2018 and is available at Orlanda Frauenverlag in Berlin. Furthermore, Natasha has been active for the Black German Community for several years and describes herself as an “academic activist”.