The "Ode to Joy" was composed by Schiller in 1785. Several decades later, Beethoven congenially set it to music in the last movement of his 9th symphony. Its core messages "all men become brothers" and "Be Embraced, You Millions" have been unifying countries, continents and generations on many occasions: for the opening ceremony of the Olympics, as a giant sing-along concert or as the European anthem.

If such a humanist vision was to be reinterpreted today, more than 200 years later, which musical expression would it convey? What would be the sound of this call which not only aims at brothers and sisters, but at literally everyone and which goes even beyond the sounds of Beethoven? What is the meaning of "joy" in the 21st century?

The composer Cathy Milliken has been exploring these questions together with the vocal coach Lucia Duchoňová in a participativechoir project: In an "Ode for all" text and tune of the original work by Schiller and Beethoven are reinterpreted and developed further by creating new, collective sounds. The composers and creators of this new composition are six women's choirs from Bosnia, Turkey, Bulgaria, Serbia, Cyprus and Romania with entirely different vocal traditions.

In this way, individual contributions are composed in Bucharest, Sofia, Nicosia, Belgrade, Sarajevo and Istanbul. During a joint working session, all of these creations will be merged into a collective musical artwork, which will premiere in Berlin, Germany on the occasion of the Beethoven Year. The Amalgamation Choir from Nicosia participates at the project. 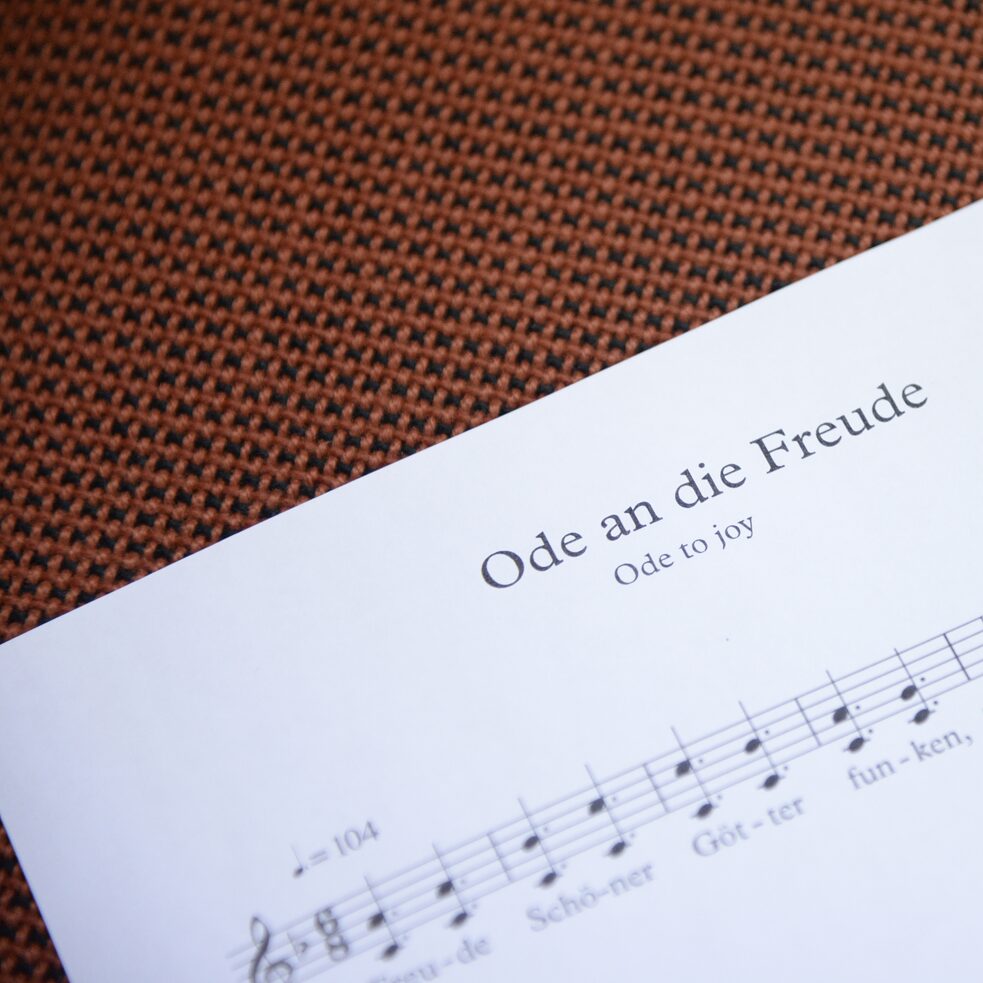 On Sunday morning, 24 November 2019, Cathy Milliken, Lucia Duchoňová and the Amalgamation choir met at the Goethe-Institut Nicosia to work on the "Ode for All". In an interview with Elli Michael, Cathy Milliken and Lucia Duchoňová explain how the idea for this cross-border project was born and what we can look forward to.

The Amalgamation choir is an all-women group that was created by Vasiliki Anastasiou in 2014. Their repertoire revolves around polyphonic adaptations of traditional Mediterranean music through a modern approach and original songs. Important recent performances for the group include Arrée Voce festival in France, Rialto Jazz and World Music showcase in Cyprus.  The conductor has been awarded with the Cyprus Youth Organization Culture Award for the year 2016 for her work with the choir. 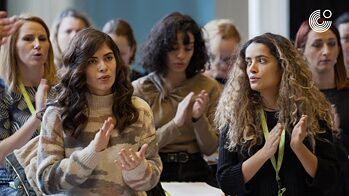 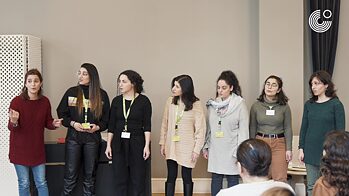 "Ode for all" concert / installation at Radialsystem, Berlin | © Goethe-Institut