Brexit
“The art scene is full of remainers”

Exchange is the life blood of culture: concerts and exhibitions tour cities and countries, and international teams of artists work together in the theatre and in dance companies. Brexit is making this kind of fruitful collaboration with Great Britain difficult. We explore how this is likely to change Europe’s cultural landscape.

Great Britain left the European Union at the end of January 2020. At first glance, it might seem like this would have little impact on the arts since the EU has no cultural mandate. Culture and the arts are the sovereign responsibility of the member states, so not direct EU funds go towards the Salzburg Festival or the Detmold University of Music, for example. Nevertheless, European cultural institutions work closely together, and this exchange of ideas is financed through official EU programmes (see box). Gitte Zschoch, managing director of the Network of European Cultural Institutes (EUNIC), explains what to expect if Great Britain withdraws politically.

Brexit became reality on January 31. How has this been influencing cultural exchange and how have people engaged in the cultural sector been responding? 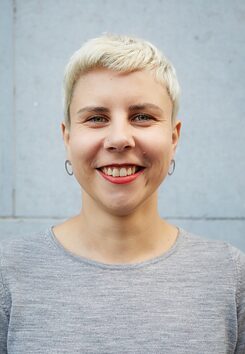 Gitte Zschoch has been managing director of EUNIC, the Network of European Cultural Institutes based in Brussels, since 2018. Before joining EUNIC, she established the Goethe Institut’s field office in Kinshasa (Democratic Republic of Congo), where she organised projects like the “Kinshasa Collection” cross-media web series and the opening of Wolfgang Tillmans’ touring exhibition. She was also deputy director of the Communications Department at the Goethe Institut’s headquarters. Gitte Zschoch studied literature in Munich and modern Korean literature in Seoul, South Korea. | Photo: © Ksenia Kuleshova / EUNIC Corona has shifted the focus off of a lot of things – including Brexit and the EU negotiations with Great Britain. After Brexit at the end of January, the European Cultural Foundation joined with many other European partners to take a major step. They pledged to increase cooperation with creative artists and other stakeholders in the UK, essentially confirming that cultural cooperation should and must continue, at least as far as artists and institutions are concerned. There is currently a lot of personal sympathy and a lot of regret. Many in Brussels have found the break unfortunate and painful. People in Great Britain feel the same way, and the cultural scene is full of retainers who voted to stay in the EU. Unfortunately, they were not in the majority.

What is likely to change moving forward?

Culturally, the British government has pretty clearly turned its back on the EU. The Creative Europe programme for the promoting cultural exchange specifically includes non-EU neighbour states, like the Western Balkan countries and even Norway. Great Britain has actively pulled out of the programme and has shown no interest participating further sometime in the future. That is bad news for artists who will no longer have access to funding and cooperative projects - not to mention direct exchange with fellow artists.

What can we expect from the Brexit negotiations?

A consensus seems to have been reached in political Brussels that there has to be a clear break in all areas, no matter how well people have worked together in the past. The goal is clearly to avoid perpetuating the status quo, just under a different set of treaties. Negotiations have just resumed after a break due to corona. Now it is a question of extending the transitional period. My understanding is that the British are still very much in favour of a hard leave and there is little room for compromise at the moment.

Do you think that Brexit is encouraging other countries that might be interested in leaving the EU to take that step?

I don’t think so. In Poland, for example, civil society is so pro-European that no party or leadership could successfully spearhead an exit. Last year, the country launched a major government campaign to celebrate 15 years of EU membership. Brexit is not a model anymore. The promise and advantages of EU membership are still too great for that. This can also be said of countries that continue working towards joining, such as Albania and Northe Macedonia.

At the moment, we can kind of see what it would be like if our union of states did not exist and people needed a visa to cross the border into other European countries, for example.

Yeah, that has been interesting to watch. We have sealed ourselves off, giving us a little taste of what it would be like if we could not travel so easily. Suddenly a lot of things that we take granted are threatened – trips to visit different cities, learn a language, long-distance relationships, a semester abroad. This is all pretty easy and uncomplicated for EU members, when we are not struggling with corona that is. And it is worth fighting for. The British will soon have to live with these restrictions permanently.

The corona crisis was unexpectedly added to the cuts Brexit was expected to bring. What has had a more drastic impact on artists and culture: Brexit or the corona crisis?

The corona crisis. At the same time, we are now also seeing just how importance culture is to our everyday lives. Social distancing means we can’t to the cinema, an exhibition, a musical. We are seeing and feeling how unpleasant it is to lose access to things we take for granted. So the arts and other creative pursuits are finally really being seen. There has never been so much attention paid to just how diverse the cultural sector is. In this respect, it is a good time for lobbying.

Are we seeing any activity in this direction?

There are currently many efforts underway to provide artists with more stability and security. Some members of the European Parliament have launched petitions and campaigns to improve access to the Artist’s Social Welfare Fund, for example. There are some hopeful aspects - but of course funding will probably be smaller after the crisis and so will the range of cultural events.

What makes culture so important that it is worth fighting to preserve the exchange of ideas and international collaboration?

Culture brings people together. Culture contributes to international understanding; it creates trust across national borders. This is important in conflict regions where sometimes there is no other way to communicate, and during a crisis like the one we are dealing with right now. Corona is raising our awareness of borders again. Cultural exchange and cooperation brings people into direct contact, and this creates the opportunity to get to know each other and break down preconceptions. And of course we all benefit from the immense creative wealth the world has to offer - and cultural exchange allows us to access it.

If you had just one wish, what would the future of collaboration in the arts look like?

I would like us to take the current situation as an opportunity to think about how we want to work together in the future. Like fair pay for everyone working in the cultural sector and creating avenues for wider access. I would like to see more cooperation and less competition. And last but not least, we need to take a closer look at how the cultural sector impacts the environment.

Culture is the sovereign purview of every EU member state. Nonetheless, over the years EU representatives have increasingly acknowledged the importance of culture in diplomacy as well, leading to the drafting of a cultural agenda and later of a strategy for international cultural relations in 2016. In 2006, European cultural institutes joined forces to form a network to promote European cultural relations together and act as partners to the EU: EUNIC (European Union National Institutes for Culture) has members from all 27 EU member states and financial support comes in part from the European Union’s Creative Europe Programme.