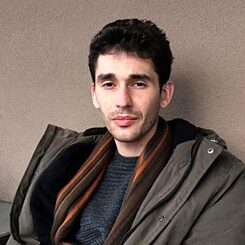 © Filip Jurjević Filip Jurjević was born in Zadar on July 12, 1994. He studied Dramaturgy at the Academy of Dramatic Arts in Zagreb. As a dramaturge he has worked on projects by the Zadar Puppet Theatre, Dubrovnik Summer Festival, Marin Držić Theatre, the Croatian National Theatre in Zagreb, Fort Forno Theater and Virovitica Theatre, as well as the Kerempuh Satirical Theatre. He writes for film and television and is a member of the Croatian Screenwriters and Playwrights Guild (SPID).