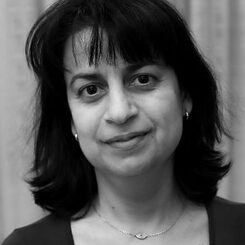 © Melina Papageorgiou Melina Papageorgiou was born on December 1967 in Nicosia-Cyprus, where she lives until today. Graduated from the English Tutorial Centre – Secretarial-Office Studies (1987) and the Vladimiros Kafkarides Drama School (2004). Works as a Civil Servant.
Participated in theatrical workshops/seminars, some of which:
Bicommunal Workshop on Pirantello (2003) with the director Sebastiano Salvado, where she participated in a performance of a Pirantello play, in Greek and Turkish language, at Ledra Palace Hotel.
Workshop on Brecht with the director Heinz Uwe Haus.
Seminars on Ancient Greek Drama with the actors/directors Despina Bembedeli and Nicos Charalambous.
Workshop on Playwriting (2012) with theatre advisor Graham Whybrow.
Workshop on Playwriting (2013) with the actress/playwriter Chrysa Spilioti.
Participated in the Programmes PLAY and PLAY ON 3, organized by the Cyprus Theatre Organisation and the ITI Cyprus, aiming to the development of Cypriot playwriting, with her plays Middlefloor and Soil, which were presented, as part of the programmes, at stage readings (2013 and 2017). Middlefloor was performed on stage by the Fantastico Theatro (2015) and Soil by ETHAL(2017), directed by Magdalena Zira.
In addition to playwriting, she also writes poetry and short stories.
In 2009 her play Angry Flowers received the Second Best Play Award from the Cyprus Theatre Organisation.