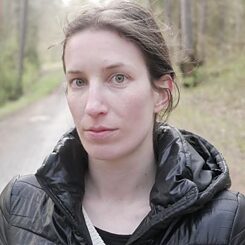 © Bojana Babić Born in Pančevo in 1990, she graduated from the Faculty of Dramatic Arts in Belgrade in 2015 with a degree in dramaturgy. During her studies she wrote scripts for several student films made, as well as for several full-length plays performed in Belgrade theatres ("The Last Dragon", Boško Buha Theatre 2012; dramatization of the novel "Emperor of the Flies", DADOV Youth Theatre, 2014; "I Killed Your Mother", Vuk Stefanović Karadžić Cultural Institution, 2015). In 2017 she graduated from the Masters in Film - Kino Eyes-European Movie Master - at Universidade Lusófona (Portugal), Edinburgh Napier University (Scotland) and Baltic Film and Media School (Estonia). During the two-year Master's program, she wrote scripts for student films that were made in Portugal and Estonia and screened at international film festivals. In 2015, she participated in the Next Generation programme for young theatre makers at the Augenblick festival in Berlin, as well as in several workshops for screenwriters: Talents Sarajevo, EASTWEEK - Screenwriting Workshop for New Talents (Italy), Mladi filmofili (Croatia), East-West Talent Lab (Germany) and POWR Baltic Pitch (Estonia).