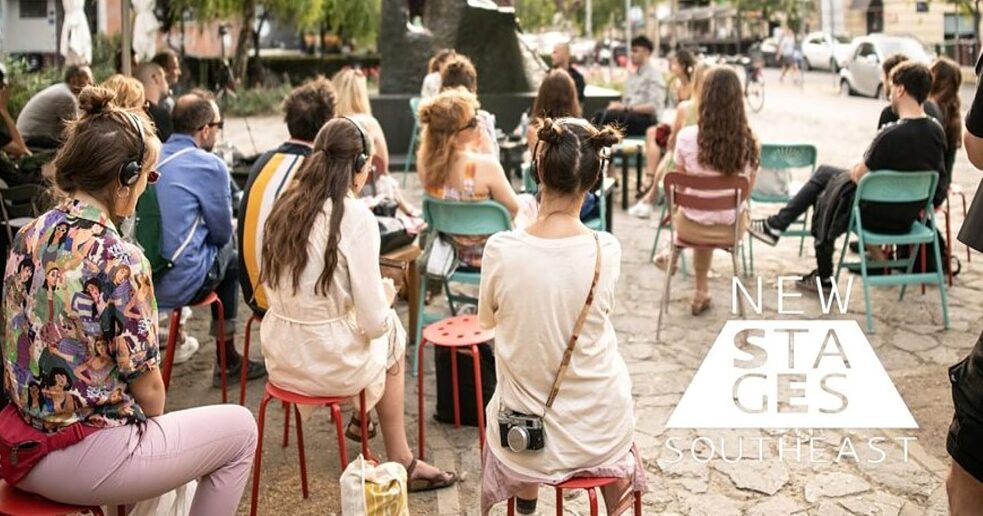 © Katarina Zlatec Croatia, 01/07/2021 – 03/07/2021
Intensive workshops for young playwrights from Southeast Europe held under the guidance of renowned playwright Ivana Sajko from 1 to 3 July in Zagreb – a local program with a script workshop and a podium discussion on contemporary drama in the Western Balkans. The participants included the professional association SPID (Croatian Screenwriters and Playwrights Guild) and project partner Croatian ITI Centre.

Over a three-year period, the New Stages Southeast international project of the Goethe-Institut will focus on developing new plays and promoting promising young authors and theatre professionals from Southeast Europe and Germany, who will gather in different groups and different phases of the project in order to share their experiences on current topics and scripts and further develop them together.

Rare or almost no opportunities for presentation and production as well as poor visibility proved to be the main problems that young playwrights face. The lack of ongoing support in working with the script has also proved to be a significant obstacle, both locally and internationally. That is why assistance to initiatives focused on upgrading and complementing scripts, such as New Stages, is particularly useful and commendable, as it offers the necessary space for dialogue, as well as professional and mutual support. An important aspect is direct contact with already successful dramatists or dramaturges in order to enable qualitative learning and establish lasting professional relationships.

Some of our workshop participants commented on said challenges and the project below.

In the inspiring environment of Medvednica, eleven young authors:  Srđan Ćurlić from Bosnia and Herzegovina, Katerina Georgieva and Tsveta Ermenkova from Bulgaria, Thanos Papadogiannis from Greece, Lucija Klarić, Ana Perčinlić, Anita Čeko and Ivana Vuković from Croatia, Cleopatra Ana Constantinescu from Romania, Divna Stojanov from Serbia, and Maria Iole Karolidou from Cyprus tackled the problems they face in their work as playwrights in general, as well as the specific challenges in their current scripts. As part of a masterclass workshop on playwriting called "Off-protocol", they were masterfully guided by the internationally renowned Croatian writer and playwright Ivana Sajko. 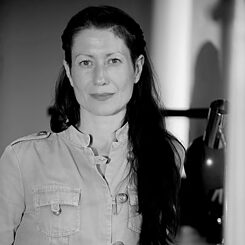 © Hassan Abdelghani I feel like we all left the workshop satisfied and fulfilled, and I really hope that the participants made some internal progress towards understanding their own work and the possibilities for further individual development. It was important for me to reconsider the strict attitude towards writing for the theatre or from the theatre, and to point out on the example of the material they brought with them the very personal attitudes towards the work that each of them already has based on their affinities. I think we’ve done a lot in a short period of time and exchanged a bunch of ideas and references, and I hope to get a chance to see how the individual works have evolved in the future. At the same time, it was a real pleasure meeting a dozen young, talented and smart people who represent the upcoming generation.


Playwright Ivor Martinić also joined the workshop as a mentor of five selected authors from Croatia. He is intensively working with some of the participants of the New Stages workshop on their scripts. 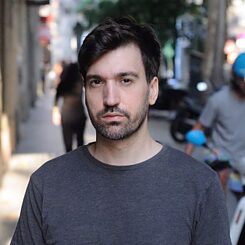 © Ivor Martinić The program of the Goethe-Institut is really needed for Croatian plays as it allows young playwrights to work on their own scripts for a longer period of time, as well as to try out different contexts, and at the same time get to know the scene of the wider region. In such an environment, the script is enriched not only by one’s continuous work spanning several months, but also by the wider influence of various artists.

Without wasting time on trying to define playwriting, the participants of the round table organized by the Goethe-Institut Kroatien in cooperation with the professional association SPID (Croatian Screenwriters and Playwrights Guild) and the project partner Croatian ITI Centre, discussed different issues and opportunities related to contemporary playwriting.
Although the general situation seems rather gloomy, the participants were able to point out examples of good practices and offer them as guidelines not only to young playwrights, but also to theatre institutions.
Nina Križan, producer of the Croatian ITI Centre, cited ITI publications that help market new Croatian plays abroad, and SPID member Tomislav Zajec, dramaturge, playwright, professor at the Academy of Dramatic Art, and dramaturge associate of the Zagreb Youth Theatre, mentioned the Monovid-19 initiative by Ivor Martinić and Jelena Kovačić as an example of good practice, while Dimitrije Kokanov, in-house playwright of the iconic Belgrade theatre Atelje 212, reported on good practices in Belgrade. The round table was moderated by dramaturge, playwright and director Vedrana Klepica.


You can watch the entire discussion on the Goethe-Institut Kroatien YouTube channel by clicking on this link.


PLANS FOR THE FUTURE COURSE OF THE PROJECT IN CROATIA:


In 2021, five Croatian participants of the New Stages workshop will continue to develop their plays under the guidance of Ivor Martinić.
In cooperation with the International Drama Colony "From a script to a play", organized by the Croatian ITI Centre, two plays will be selected, and a stage reading based on those plays will be organized in Grožnjan in 2022.
The project is also planned to continue in Germany in 2023: up to eighteen authors from the countries participating in the final workshop project will discuss their scripts together and present them to the public.