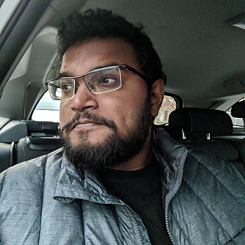 It isn’t the gesture that lasts

Inspire me, then, didactic muse,
Beyond clichés and pompous views
Of Art and Science,
To be dulce et utile,
To speak sweetly and usefully
About the world and th’academy
And their alliance.


A friend of mine wants to die. Not horribly, but legally, painlessly, in case he is found to be infected. He calls me to say he’s going to do everything in his power to push the right to Assisted Suicide. The public health system is stressed enough as it is, machang, he says. Last thing they need is an old geezer like me in there, and last thing I want is to die with tubes in me.
Alright, I tell him. A year ago I would have argued. Now it makes sense. I agree with him and switch to the other call. Another friend, a fellow science fiction author, runs the world’s second largest miniatures painting operation, a system that relies on the geeks of multiple nations being able to spend and ship him unpainted miniatures (something that requires the customs and the economic engines of two countries to be running). He’s paying his employees three months in advance and preparing for bankruptcy.

Another is trying to find meat. She wants to cook something nice for her family to keep them sated. The widely-lauded apps and services don’t deliver to her part of Colombo. I do not tell her that my mother and I have returned to our old ways, when I was a child, and we were poor, and she worked at a garment factory for thirty dollars a month. Soya, rice. Soya, rice. We are no longer poor, but meat is a luxury again. Soya, rice.

Interspersed, recurring searches for COVID-19 leech information from social media, turning it into archives on my hard drive. Images of people pawning their mobile phones, their wedding jewelry.  Conversations about contact tracing urging the government to look to Singapore and Taiwan, where apps and technology are fighting the curve. Meanwhile, I’m looking at the numbers for Sri Lanka. The number of workers on a daily wage, adrift without income. The number of people without Internet access, locked in their houses, unable to use the applications and government-mandated WhatsApp lines for medicine and dry rations, much less a contact trace.

We’re under indefinite curfew. People are losing their livelihoods while overeager Instagrammers desperately sponsor meaningless platitudes, apparently not realizing how hard-strapped for ad money they’ll be over the next few months. Every day, when the Americans wake up, my Twitter feed is drowned with complaints about their bizarre combination of inequality, hyper-Hayekian capitalism and stranglehold near-monopolies. Then India wakes up and the Internet fills with police beatings and photos of officers feeding stray dogs.
Nobody knows when this will end or how. In my head, Seamus Heaney, the poet, murmurs like a restless ghost:

How do we justify our fates
As an upper crust
With handfuls of credit cards and dollars
In hands as pale as our white collars?
The question makes me want to holler
All flesh is dust.
But here, perhaps, I should explain
I was the eldest child of nine
And I have brothers
Who barkeep, schoolteach — and don’t write.
One labors on a building site.
One milks a herd morning and night
And in all weathers.
So part of me half stands apart
Beyond the pale of books and art
And is not moved
Until they justify their place
And win their rights and can keep face,
Until their value for the race
Is really proven.

Just like death, COVID-19, or “the coronavirus”, has become a narrower ontological question. Will I exist after this? Will those I care about exist? If so, what will the hierarchy of our world be after this is over?  If language is a way of denoting concepts and the relationships between them, the coronavirus has become the concept of an unknown future, plagued by recession, the retreat of freedoms formerly taken for granted, a world bending away from the rights of the individual and privileging those of the community, a stance that most Asian societies are intimately familiar with.

Yet every coin has two sides; every villain, if seen in a particular light, a hero. Tolkien’s Sauron was evil, the Orcs perverted creatures to be shunned on sight. Russian biologist Kirill Eskov rewrote that tale with Sauron as a reformer, bringing industry, employment and equality to bear against people obsessed with race and feudalism.

Likewise, the concept of COVID-19 has another side to it. The complex systems that we call Nature are, for once, excused a daily beating from our cities – an idea climate change activists have been pushing for for decades. Economic structures built on the insane notion of endless growth and hyper-global supply chains are collapsing, leaving space for gentler and more resilient concepts, like circular economies serving more local needs. Bloated and worthless startups are wallowing, replaced by a reality that has little need for unrealistic Silicon Valley egos unless they serve basic needs. Most celebrities – often self-aggrandized artifacts blown up far beyond their actual value to society – are being put back in their place as entertainers instead of founts of wisdom. A decades-long trend of anti-expertism, and the glorification of half-learned amateurs, and the very idea of equal value of opinions, no matter how harmful or meaningless, is crumbling. Food security, basic health for all – these have gone from being ideas crushed beneath the wheels of the latest Lamborghini to the most vital issues of our day.

In 1997 Carl Sagan published the Demon-haunted World, a terrifyingly prescient novel where he wrote of a time “when awesome technological powers are in the hands of a very few, and no one representing the public interest can even grasp the issues; when the people have lost the ability to set their own agendas or knowledgeably question those in authority; when, clutching our crystals and nervously consulting our horoscopes, our critical faculties in decline, unable to distinguish between what feels good and what's true, we slide, almost without noticing, back into superstition and darkness...”.

Six months ago this nightmare was reality. Now it seems the world is waking up. Science, data and medicine have become the new heroes of the day. Rebecca Solnit’s A Paradise built in Hell – which always read to me as a far too optimistic account by a tourist, the disaster management equivalent of Eat, Pray, Love – emerges in one place; and when that collapses, another; and another; and another.

Governments – from Kerala to Germany – have in weeks implemented the shadow of Universal Basic Income, a concept that dates back to Thomas Moore’s Utopia: an idea deemed a fantasy by policymakers since the 16th century has become a reality almost overnight.

My purpose here is not to minimize the suffering. My purpose is to answer the ghost of Seamus Heaney that mocks me in my mind. How do we justify our fates – as artists, as intellectuals, as data scientists, as whatever category lets us sit back and observe this nightmare as it unfolds? By making sure these things that we have achieved overnight are not lost. We – you who read this, and I who write - may not be doctors on the front lines, nor the police, nor the humble grocer. Our task is to take this privilege we have been given – the privilege of being able to isolate ourselves from immediate danger – and apply our faculties to record, to observe, to understand, to think about resilience, to think about what is good and necessary and honest instead of the noise of their systems built to fail; to use our time to marshal intellectual weapon at our disposal, and when the world corrects itself, to leap, to strike, to illustrate how we may learn from these failures and build a better, fairer world.

The future is already here, it’s just not evenly distributed, as science fiction writer William Gibson has pointed out on so many memorable occasions. Our task is to aid that distribution. When every doctor and nurse and support staff goes back home to cheers and a well-deserved rest, when politicians and pseudointellectuals sneak back into their demagoguery – that is when our shift begins. We should not expect to be heroes. But we have a job to do.

Think about the alternative. The bubonic plague, arguably the most devastating disease we’ve ever faced, hit thrice, mutating each time. The first, the plague of Justinian, slew half the population of Europe. The Black Death wiped out a hundred million at a time when the world’s population was under five hundred million. The third spread from Yunan to Hong Kong to the United States and became the San Francisco plague.

Think about it: at some point in our not-too-distant past, a full one in five people died, and we’re still here. More to the point: human greed, avarice, nobility, love, hate, war, peace – all of these existed before incidents, and they exist now. We will emerge from our huts and office blocks, cautious at first, increasingly bolder, striding across this world again, and bounce right back to being war fetishists taking occasional hits from the bong of peace. Somewhere down the line we’ll even forget what we learned and a new generation will go through this cycle all over again. Our greatest strength – our resilience, our tendency to forget the horrors of the past, to move ever onwards – will become our greatest weakness.

We may never be able to fight the full might of human history and human stupidity; we may all be naught but budget Sisyphus’s, with delusions of grandeur. But we owe it to ourselves to try our best. Who says that all must vanish? asked Rilke, as translated by Poulin.

Who knows, perhaps the flight
of the bird you wound remains,
and perhaps flowers survive
caresses in us, in their ground.

It isn't the gesture that lasts,
but it dresses you again in gold
armor --from breast to knees--
and the battle was so pure
an Angel wears it after you.

Yudhanjaya Wijeratne is a Sri Lankan science fiction author (Numbercaste, The Inhuman Race, The Slow Sad Suicide) and data scientist. He is a senior researcher at the Data, Algorithms and Policy team at LIRNEasia, a nonprofit think tank. He co-founded Watchdog, a fact-checking organization, where he spends much of his time digging into misinformation. He is also a Nebula Award finalist with a five-book deal from HarperCollins. He built and operates OSUN, a set of literary experiments using OpenAI technology to test a human+AI collaboration in art.