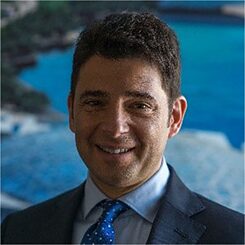 ©Dr. Ronald Perlwitz From the beginning of his studies Dr. Ronald Perlwitz has always combined his interest for Music with his interest for Literature. In 1998 he obtained the Agrégation for German in France and in 1999 began teaching at the University of Picardy in Amiens, France, for the Department of German Language and Literature. His thesis, obtained in 2003, is based on the works of the German Romantic writer and composer: E.T.A. Hoffmann. In 2004, Dr. Perlwitz was named Associate Professor at the Sorbonne University in Paris (Paris IV).

In 2006, he accepted the mission to Abu Dhabi and played a key role in the launch and establishment of Paris Sorbonne University Abu Dhabi. Since 2012 he has also been teaching at University of Bayreuth, Germany, where he obtained his postdoctoral lecture qualification. His main research field is German Literature and Music of the Romantic Age, Comparative Literature, Aesthetics of Music and Opera History. Since 2014, Dr. Ronald Perlwitz is Head of Music Programme at the Department of Culture and Tourism in Abu Dhabi and responsible for the Abu Dhabi Classics Season, Bait Al Oud Concert Series, Emirati Music Series, and the Umsiyat Concerts. He is also co-founder of the Richard Wagner Society Abu Dhabi.