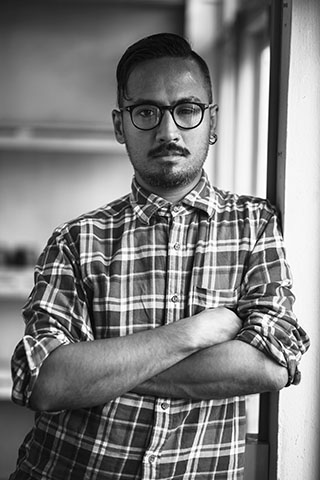 Photo: Goethe-Institut / private
Wanphrang K Diengdoh believes that every language carries deep within itself a history and testimony of a community that speak it.

He is an independent film maker and is the founder of reddur, a production space for films and music. His films, music videos and installation works reflect his interest in the culture and politics of the space he comes from. In 2015, he directed Between the Forest and the Song, a film that explores the song naming tradition in Kongthong Village and the implications of modernity in indigenous spaces. His film on the participation of tribal labour in the First World War released in 2017. Wanphrang also co-wrote and edited ‘My Name is Eeooow’ which won the prestigious Intangible Culture prize at the Royal Anthropological Institute’s Ethnographic Film Festival in 2017. He is currently filming his first feature length film 'Lorni- the Flaneur'.

Wanphrang has directed several music documentaries. He is one third of the politico-punk band Tarik and Khasi New wave act Nion, and he engineers recordings and produces music for other musical acts.