About “The City of Tomorrow” 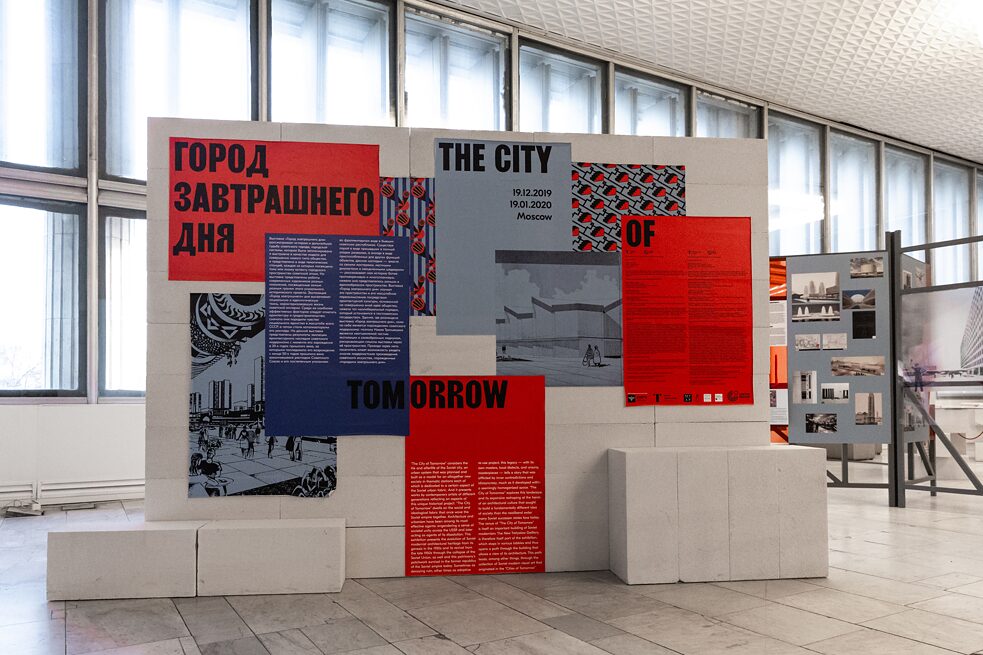 “The City of Tomorrow” presents the evolution of Soviet modernist architectural heritage from its genesis in the 1920s and its revival from the late 1950s through to the collapse of the Soviet Union, as well as this patrimony’s patchwork survival in the former republics of the Soviet empire today. Sometimes as decaying ruin, other times as an adaptive re-use project, this legacy — with its own masters, local dialects, and unsung masterpieces — tells a story that was afflicted by inner contradictions and idiosyncrasy, much as it developed within a seemingly homogenized space. “The City of Tomorrow” explores this landscape and its expansive reshaping at the hands of an architectural culture that sought to build a fundamentally different idea of society than the neoliberal order many Soviet successor states face today.

“The City of Tomorrow” shows alternative blueprints for a radically new urban environment and its socially orientated potential, as well as suppressive and colonial aspects, and the deep entanglement of Soviet architecture with the universal project of international modernism, in particular with leading architects from the Bauhaus school in Germany and Ernst May who traveled across the USSR in the 1930s with his Brigade of architects.

The exhibition consists of two parts. A travelling core exhibition that unfolds the general story of the almost hundred years of evolution of the modernist visons and practices in Soviet architecture, from early avant-garde to their decline and transition to the architecture of Soviet postmodernity. It describes German/Soviet cooperation and debates in the late 1920s and early 1930s, with a focus on the republics and the peripheries and the architecture that emerged from this dialogue throughout the whole period of pre- and post-war Soviet modernism. Specific themes of the exhibitions follow the traces of the implemented principles and ideas. The presentation is organized around the typologies of new buildings that have structured Soviet urbanism. An urbanism that has a complex regional afterlife through the end of the Soviet Union, and the current state of this heritage.

The second part of the exhibition focuses on the histories and contexts of the cities and regions where the exhibition takes place. Besides bringing in stories about local modernist contexts that were not given the chance to become part of the official Soviet canon of architecture, these local extensions highlight the current situation and public apprehension of the Soviet modernist heritage. These extensions present unique original materials collected and provided by local public and private archives, often shown for the first time in public.