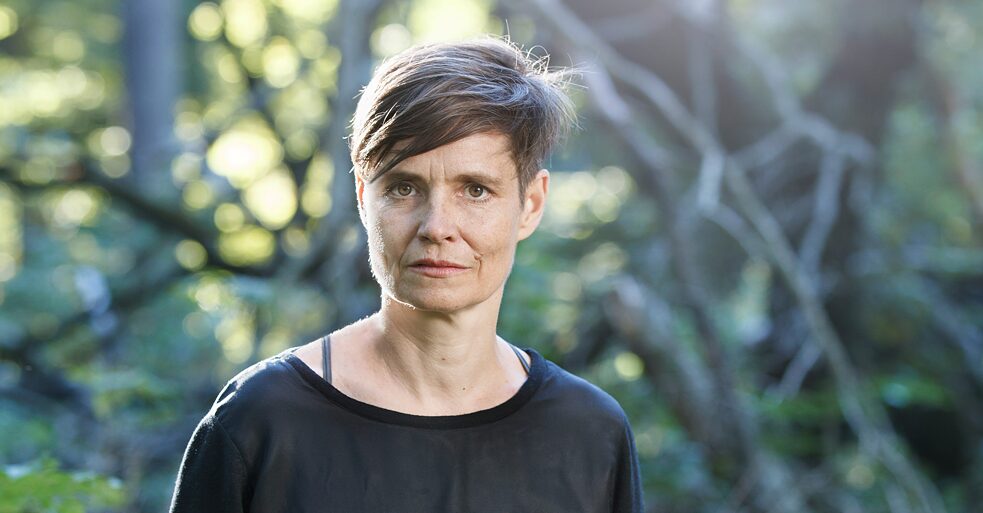 © Anja Weber
Born in Monchengladbach but now residing in Berlin, composer and brass player Sabine Ercklentz has been performing solo and in collaborative projects over the past two decades. Ercklentz' performances are known to showcase her eclectic approach to the trumpet and electronic sound manipulation.

Sabine Ercklentz studied music at the Hans-Eisler Music Academy after graduating in law studies, and has since never looked back. In 2003, she released her first album, a collaboration with Andrea Neumann entitled Oberflächenspannung (translated as ‘surface tension’) on Charhizma in 2003, which mixes free improvisation with industrial and electroacoustic design. She would go on to work with Neumann for another album in 2010, called L’Alienation, while releasing the solo record Steinschlag and joining jazz outfit Shoot The Moon for Glory & Decay in the same year. Ercklentz has also collaborated with such artists as Ute Wassermann, Antonia Baehr, and Anja Weber.

With her work, Sabine Ercklentz aims to explore such themes as “the music-making body on stage,” “the interaction between performer and media,” and “the interlinking of performers with each other.” Ercklentz’ practice aims to invite several female composers and musicians into creating and performing new work across a broad spectrum of genres, most currently in the form of four-piece Les Femmes Savantes.