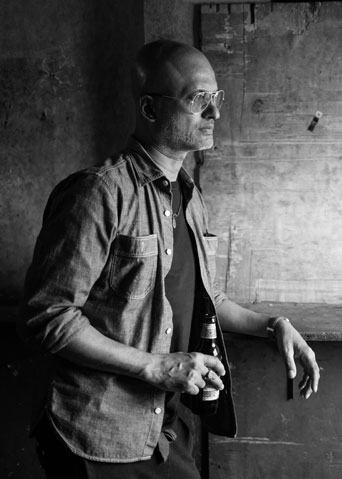 Photo: Goethe-Institut / Vivek Muthuramalingam
Jeet Thayil was born in Mamalasserie, Kerala, and educated in Bombay, Hongkong and New York. His four poetry collections include English and These
Errors Are Correct, which won the 2013 Sahitya Akademi Award for poetry. He is the editor of The Bloodaxe Book of Contemporary Indian Poets and is a visiting professor of poetry at the University of Goa. As a musician and songwriter, he is one half of the contemporary music project Sridhar/Thayil. His Delhi-based band is Still Dirty. Jeet Thayil’s novel Narcopolis won the 2012 DSC Prize for South Asian
Literature, and was shortlisted for five other prizes, including the Man Booker prize, the Man Asian Literature Prize and the Commonwealth Prize.