EUROPE AFTER 1989
A GOETHE-INSTITUT THEATRE PROJECT 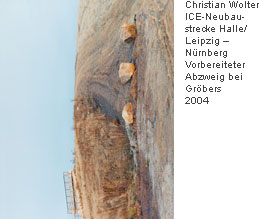 Twenty years after the fall of the Berlin Wall, the cross-border theatre project “After the Fall“ investigated the repercussions of the ensuing fundamental changes in Germany and Europe. The Goethe-Institutes in 15 European countries had commissioned 16 playwrights to produce works reflecting the social and political changes in their own countries. The list of authors included such well-known names as the Polish writer Andrzej Stasiuk as well as a host of much-praised younger authors – for example, Nicoleta Esinencu from the Republic of Moldova, or German playwright Dirk Laucke. The Goethe-Institute’s cooperation partners have been theatres in the authors’ home countries. From the Staatsschauspiel Dresden to the Det Kongelige Teater and the Sarajevo War Theatre – the new plays have been produced and premiered between 2008 and 2010.

From 31 October to 8 November 2009, the Goethe-Institut, the Theaterbüro Mülheim an der Ruhr, and the Staatsschauspiel Dresden invited seven of the 16 productions created for the "After the Fall" project to perform at a European Theatre Festival. The productions chosen for the festival not only offered an insight into the various theatre landscapes but also profoundly reflected the diverse ways that the fall of the Berlin Wall and its consequences are seen in European societies. The Federal Agency for Civic Education (bpb) arranged a discussion programme and lecture series with well-known speakers to accompany the guest performances.

The last play of „After the Fall“ will be performed in May. The world premiere of „MUUR“ (The Wall) by Pieter de Buysser will be at the LOD Beursschouwburg in cooperation with the Kunstenfestivaldesarts in Brussels.

Most of the plays of „After the Fall“ can be ordered in their original language or translated into german at the digital theatre-library of the Goethe-Institut.

“After the Fall“ is a trans-European theatre project jointly initiated by the Goethe-Institut, the Staatsschauspiel Dresden, the Theaterbüro Mülheim an der Ruhr and the Federal Agency for Civic Education (bpb). Mediapartner: ZDFtheaterkanal. Partner: RUHR2010. The project is kindly supported by the Federal Foreign Office.

COPENHAGEN: „Fremtidens Historie“ (The History of the Future)