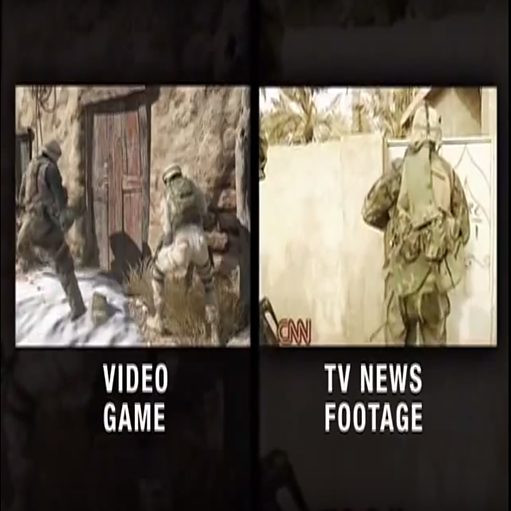 Video games like Call of Duty, America's Army, Medal of Honor, and Battlefield are part of an exploding market of war games whose revenues now far outpace even the biggest Hollywood blockbusters. The sophistication of these games is undeniable, offering users a stunningly realistic experience of ground combat and a glimpse into the increasingly virtual world of long-distance, push-button warfare. Far less clear, though, is what these games are doing to users, our political culture, and our capacity to empathize with people directly affected by the actual trauma of war.
For the culture-jamming activists featured in this documentary, these uncertainties were a call to action. Their work forces all of us - gamers and non-gamers alike - to think critically about what it means when the clinical tools of real-world killing become forms of consumer play.

Screening will be followed by a panel discussion.
This event is supported by the Alliance Française Lagos/Mike Adenuga Centre.