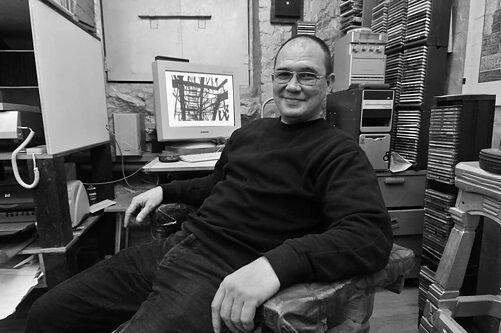 ... Speaks About Novosibirsk Paper Architecture and the Freedom of Creation

The final podcast is devoted to Novosibirsk paper architecture. We will talk with the representative of the first-generation “paper architects” Andrey Chernov. Following Andrey’s recollections, we will talk about the “paper period”; the origin of this phenomenon in Novosibirsk, what it was based on, and how long it lasted. We invite you to find out what was in the minds of young architects in the late Soviet period, how projects based on the architectural hybridization of squirrel and spaceship models came to be, what the basis of “farmstead Palladianism” was, and what it all grew into.

This podcast has been commissioned by Goethe-Institut Novosibirsk as preparation for the Siberian opening of the exhibition, “The City of Tomorrow”, which is the result of many years of study of Soviet architectural modernism in the post-Soviet space. In 2019, the Goethe-Institut showed the exhibition in Minsk, Yerevan, and Moscow. In Novosibirsk the exhibition will be displayed in the Centre for Culture CC19 from 24 November 2020 to 24 January 2021.The exhibition encapsuates a long period of time, from 1920s constructivism to the Soviet modernism of the second half of the 20th century, and ends with the transition to the post-modernist architecture of the early 1990s. Presenting the podcast is the Novosibirsk artist and curator, Anton Karmanov.

Andrey Chernov is a graphic artist, a designer, and an architect. In 1982, he graduated from the architecture department of the Novosibirsk Construction Engineering Institute (now the Novosibirsk State University of Architecture and Civil Engineering (SIBSTRIN). He worked as an architect in design institutes, and as a book illustrator. From 1987 to 1989, he taught at the architecture department of the Novosibirsk Construction Engineering Institute. From 1988 to 1990, he participated in paper architect group exhibitions in Paris, Brussels, London, Berlin, and Cologne. Since 1995, he has been involved in interior design. His main interior design projects in Novosibirsk include: the 7.40 club, the Russian Village casino, the Capriccio cafe, and a pavilion in the Universam mall. He was also involved in designing the façade of the Kokon business center. In 2000, Chernov became a member of the Union of Artists of Russia. In 2003, he initiated the opening of the CHERNOFF non-profit art gallery, now known as the Che Art-Galereya. Andrey Chernov’s works are exhibited in the Novosibirsk State Art Museum and in private collections. 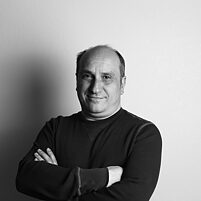 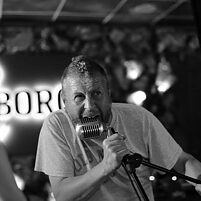 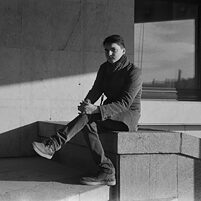 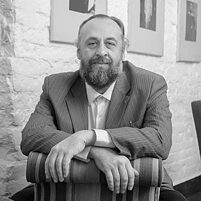