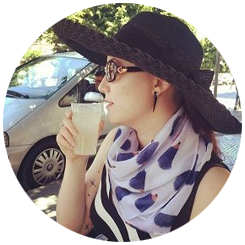 © Aim Pé Marie-Pierre Poulin has been the librarian for the Goethe-Institut Montreal since 2011. She developed an interest for street art in 2014, and has been on the hunt for art on the streets ever since. Her other interests include foodism, languages, travel, and bunnies. Follow her on Instagram @aim_pe 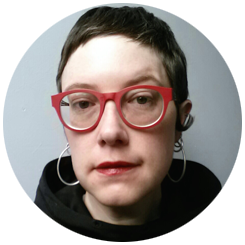 © Luna Park Katherine Lorimer is a Brooklyn-based graffiti and street art enthusiast, photographer, curator, librarian, and author of (Un)Sanctioned: The Art on New York Streets. She's worked as the librarian at the Goethe-Institut New York since 2002. Since 2005, she has spent her free time exploring New York City in search of art in unexpected locations. A co-founder and regular contributor to The Street Spot blog, she is passionate about documenting urban artforms and supportive of all creative endeavors to redefine public space. Her photographs have been exhibited in New York, Los Angeles, and Chicago and have appeared in leading street art books and magazines. She has presented her observations at the Brooklyn Museum and the New York Public Library, guest lectured for the History of Street Art & Graffiti course at Long Island University, and contributed commentary for the HBO documentary Banksy Does New York. Follow her on Instagram: @lunapark 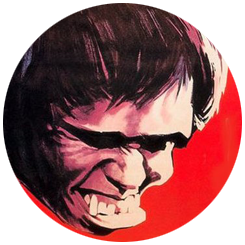 © Lord Jim Stefan Kloo, also known as Lord Jim, is an art-dork, book thief, and collector who figures that someone needs to keep an eye on things. He's been documenting street art for well over a decade now and can't shake the feeling that there might just be something to it.
Originally from Germany, Lord Jim lives with his wife and sons in Los Angeles where he also does the most damage.
His photos and musings on street art have been published in numerous books and articles. ( Most notably Stay Up - Los Angeles Street Art with author Jim Deichendt / Shepard Fairey Inc. by Jim Deichendt / Banksy - You are an acceptable level of threat by Carpet Bombing Culture, etc.) His sizable Street Art photo collections can be found on his Flickr pages. Lord Jim thinks that Banksy smells like soup. 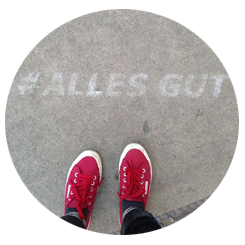 © Nesa Fröhlich Nesa has been director of the library at the Goethe-Institut Mexico since August 2017. Having just arrived in Mexico City, street art discovery tours have been a great opportunity to get to know the city from another side. She also likes to look at art in museums. 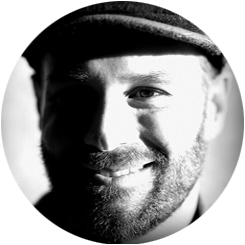 © Josh Mike Maguire is a Washington, DC photographer and writer. His photos have appeared in The Washington City Paper, The Baltimore Sun, USA Today, and Thrasher Magazine. A native of the DC area, he loves photographing the city's nightlife and street art. He cowrote the 2012 feature film Ultrasonic about a fictional DC rock musician and is the author of the sci-fi novel Three Days Breathing and the wordplay book Drawn Inward and Other Poems. Follow Mike on Instagram @mike.j.maguire or his webpage mmaguirephoto.com 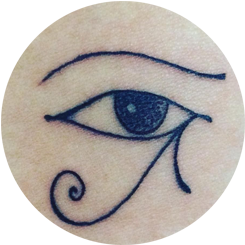 Lucia Romero (detail) | © Lucia Romero She likes mangas and animes from the 80s and 90s and dark music and metal. Lucía is always exploring her hometown in Mexico in search of the unusual in ordinary places. She likes to take photos of everyday life in the city and finds them all the more interesting if street art is also present in the pictures. Instagram @lucy_yokai13