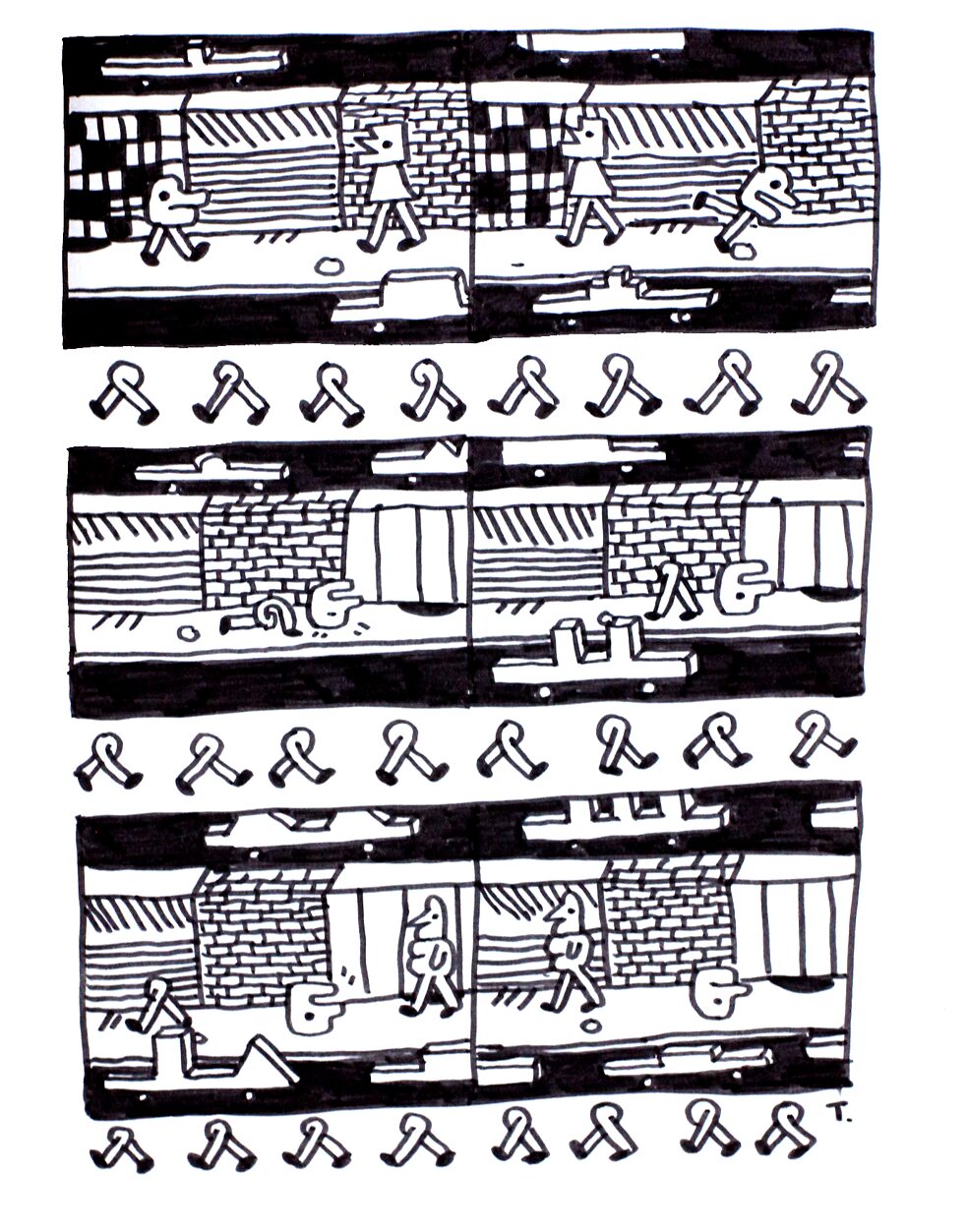 Radio Tropiezo is one of the many sounds emitted by Cooperativa Crater Invertido, a Mexico City-based collective founded in 2011.

Composed of shifting members with or without academic backgrounds in visual arts and free media, Crater is a space that brings together art practices and collective processes to create a common imaginary to understand our own journeys across realities and territories, as well the ecosystems we are a part of.

The multidisciplinary projects held by Crater cross through dimensions of self publishing through radio and riso print, self organization, self learning, collective imaginary processes, and sharing tools, knowledge, and care; as well as participating in the independent editorial network in Mexico.

One such project is Radio Tropiezo, an open autonomous meeting space of study and experimentation through the transmission or recording of sound in different formats and media. It consists of a series of self-publishing radio projects where artists and researchers develop different concepts and intersect these with the medium of radio. The project focuses on the political intervention of the electromagnetic spectrum and public space, mestizo identities, critical theory, radical improvisation, history, art theory and criticism, anarchism, feminism, economic self-defense, dissident literature, poetry, sexual diversity, philosophy, psychoanalysis, orality, sound experimentation, noise, ambient, radios locas, spoken word, interviews, political imagination, creative processes, exploration of music and its electronic scene in Latin America, as well as the inquiry into diverse non-hegemonic musical genres and the use of radio as a common tool for research, writing, documentation, and imaginative production, whether auditory, visual, or of any other aesthetic nature.