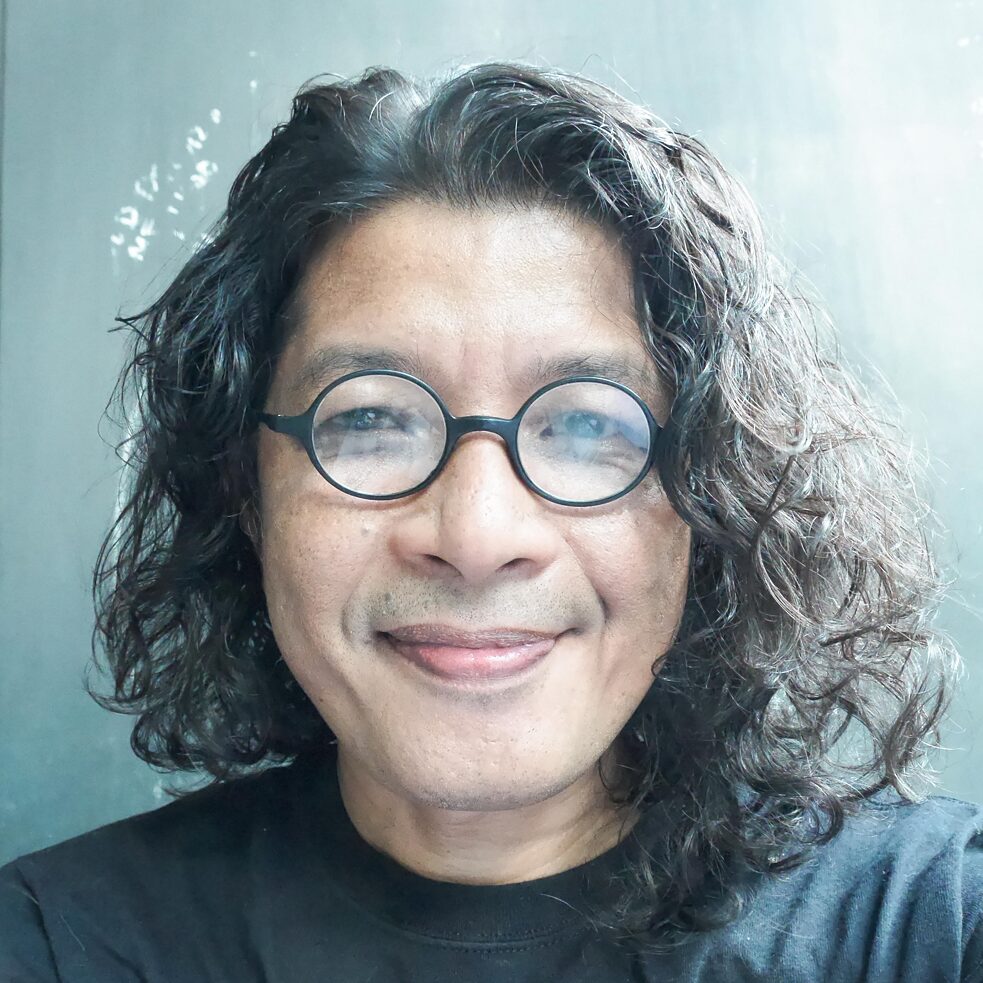 Photo courtesy of the artist.
Joe Kidd is a writer, designer, underground music activist, and youth subculture archivist. One of the pioneers of the punk subculture in Malaysia, he has been actively involved in the country’s underground music scene since its nascent beginnings.

Throughout the years Joe has been editing fanzines, organizing gigs, running record labels, designing for independent releases and shows, and more. In the 90s he was a music journalist with the national newspaper The Sun, and ran the popular weekly column “The Blasting Concept,” documenting and promoting local alternative/fringe music. From there he started the long-running oline blog The Ricecooker as a central information center for the country’s underground scene. In 2007 he started The Ricecooker Shop, a physical outlet strictly for regional independent music and its DIY products.

As an Asian Public Intellectual Fellow, Joe presented his academic paper on the History of the Southeast Asian Punk in Hiroshima in December 2014. He is currently writing his book on the subject while running The Ricecooker Archives, a pet project he describes as Southeast Asian Rock’n’Roll Treasury. Joe is based in Kuala Lumpur and plays guitar for one of the oldest Malaysian punk bands, Carburetor Dung (aka DUNG).