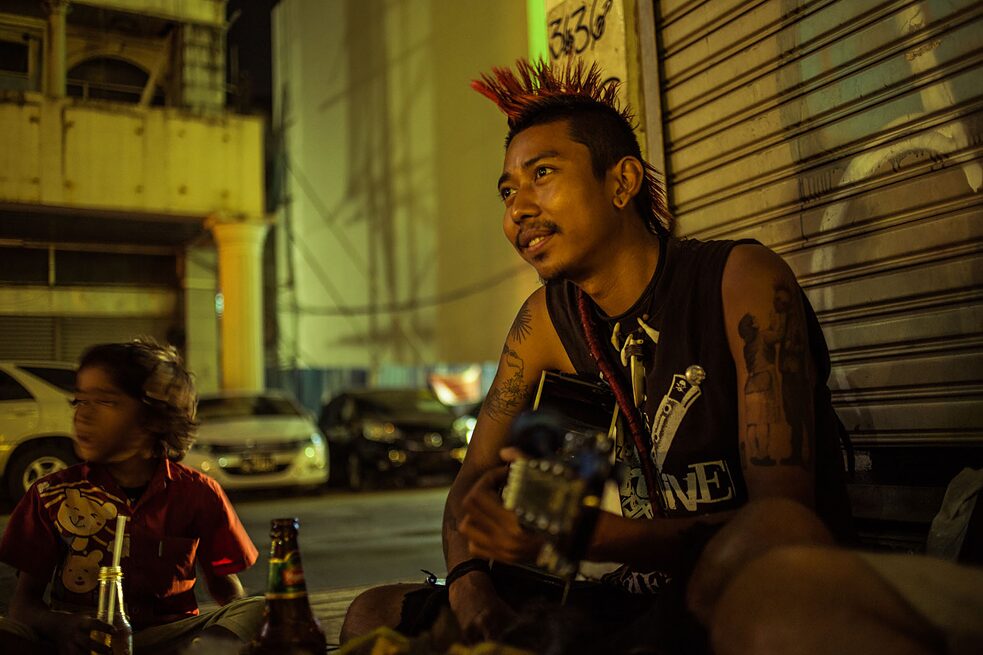 Photo by Djavanshir N.
Kyaw Kyaw is the co-founder and lead singer of Rebel Riot, a punk band from Yangon, Myanmar. The band was formed in 2007 after the onset of the Saffron Revolution. Rebel Riot want to use music as a way to speak about freedom and the errors of the current political system.

Kyaw Kyaw's goal to create a better society in Myanmar and make a better world has led him to take action in his own community. His band, The Rebel Riot, started Food Not Bombs in order to feed the homeless in 2014. Recently, they also started D.I.T., an event organizer collective that aims to promote and support the underground music scene in Yangon.