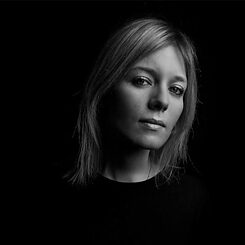 © Justine Perry Justine Perry is a French DJ based in Berlin. Settling in the German capital influenced her hypnotic techno sets tainted with ambient, and marked the beginning of her collaboration with the Art Bei Ton collective and the club Suicide Club where she organises her own event series.
Perry's short career has already seen her invited to play in prestigious venues in Paris, London, Malaga, Istanbul, and Berlin, including at the Rex Club, Ohm, and Griessmühle. She recently reached a new milestone in her career making her Tresor Club debut with Female:Pressure.
Her work has allowed her to perform alongside renowned artists such as Peter Van Hoesen, Luigi Tozzi, Shinedoe, and Hemka.