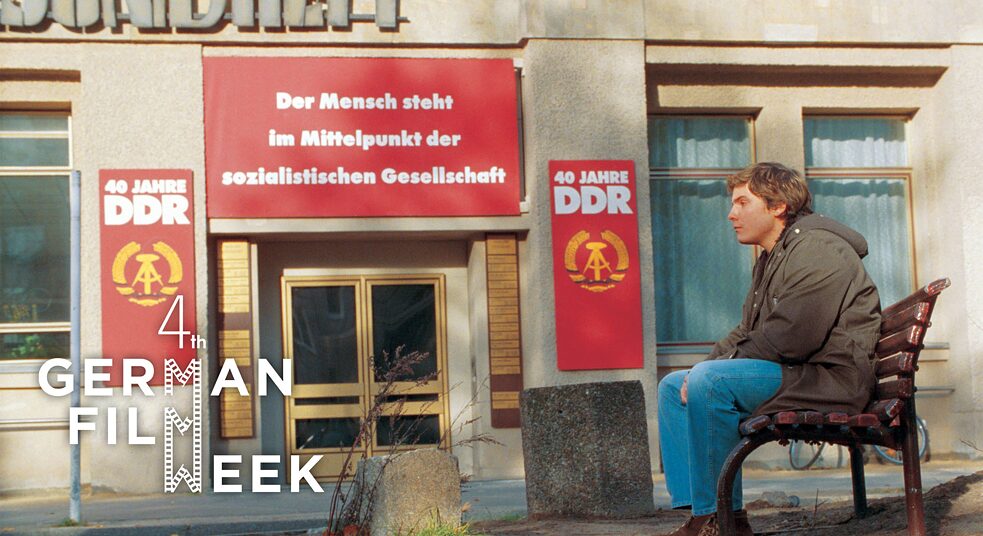 October 1989 was a bad time to fall into a coma if you lived in East Germany - and this is precisely what happens to Alex′s mother, an activist for social progress and the improvement of everyday life in socialist East Germany. Alex has a big problem on his hands when she suddenly awakens eight months later. Her heart is so weak that any shock might kill her. And what could be more shocking than the fall of the Berlin Wall and the triumph of capitalism in her beloved country?

To save his mother, Alex transforms the family apartment into an island of the past, a kind of socialist museum where his mother is lovingly duped into believing that nothing has changed. What begins as a little white lie gets more and more out of hand as Alex′s mother, who feels better every day, wants to watch TV and even leaves her bed one day…

In a wonderful, touching and comic manner, "Good Bye, Lenin!" tells the story of how a loving son tries to move mountains and create miracles to restore his mother to health - and keep her in the belief that Lenin really did win after all!

It is difficult to deny the appeal of Good Bye, Lenin!, which over the years, before the release of The Lives of Others, has become the go-to film about the reunification of the East and West Germany, a crowd-pleaser buoyed by its shrewd premise and its ensemble of competent actors (fronted by a young and charming Daniel Brühl).

Its story is simple: when Alex, a young man with dreamy memories of his absent father, gets arrested during a violent anti-government protest, his mother witnesses it, and she collapses on the road and falls into a coma. A proud and loyal supporter of the GDR, she awakens after eight months, but Germany is no longer the same: the borders have opened, the Berlin Wall has come down, the GDR no longer exists, Coca-Cola and capitalism have already entered the former East Germany. Alex does not know how to explain all of these to her, especially now that there is the high risk of causing her to have a fatal heart attack. For her he concocts a plan in which the socialist Germany remains active and triumphant, making fake news broadcasts and videos with his friend, talking to neighbors and turning them into accomplices. But with Germany changing fast politically and economically, until when can he make her believe?

While the story and the pathos it evokes contribute to a stirring family drama and personal self-discovery, it is impossible to remove the film from its politics, the feverish background of unrest where the characters move. There is obvious dilution in the representation of the socialist state — no threatening secret police, no civilian informers, no atmosphere of extreme dread and fear — and it is not wrong to point out how the film banks on this communist nostalgia, how, through Alex’s points of view, it paints a happier picture of life before the reunification. Seen today, sixteen years after its initial release, Good Bye, Lenin! remains an interesting film, but its unpleasant aftertaste it leaves must be recognized.