The Lives of Others
4th German Film Week 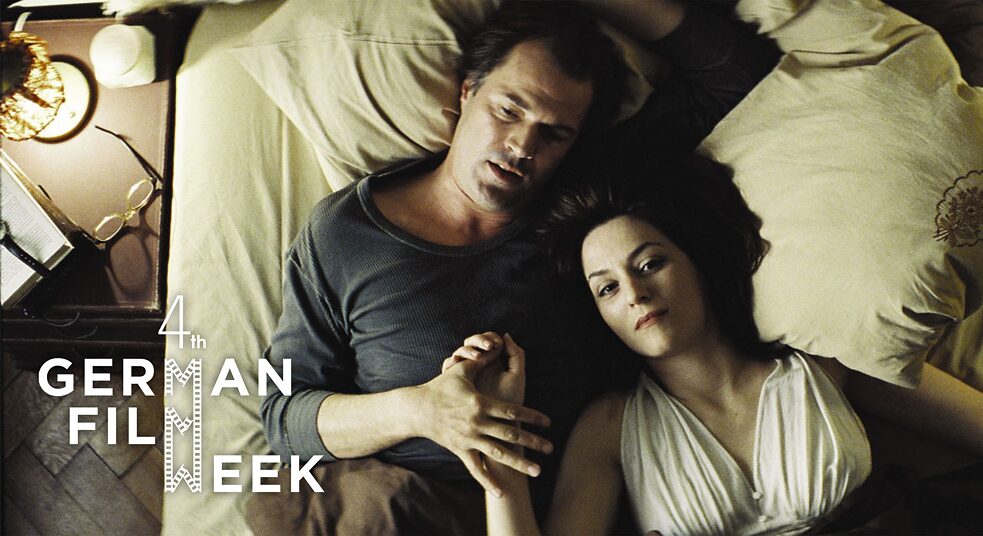 The Lives of Others | Das Leben der anderen
FOCUS: 30 YEARS FALL OF THE BERLIN WALL

East Berlin, November 1984. Five years before its downfall, the former East-German government ensured its claim to power with a ruthless system of control and surveillance. Party-loyalist Captain Gerd Wiesler hopes to boost his career when given the job of collecting evidence against the playwright Georg Dreyman and his girlfriend, the celebrated theater actress Christa-Maria Sieland.

After all, the “operation” is backed by the highest political circles. What he didn’t anticipate, however, was that submerging oneself into the world of the target also changes the surveillance agent. The immersion in The Lives of Others – in love, literature, free thinking and speech – makes Wiesler acutely aware of the meagerness of his own existence and opens to him a completely new way of life which he has ever more trouble resisting. But the system, once started, cannot be stopped. A dangerous game has begun...

A story from the heart of the East-German regime, The Lives of Others is an intensely gripping thriller and moving love story featuring some of Germany′s most internationally celebrated actors.

There is no stopping the tears from falling at the end of The Lives of Others. It is a moment of absolute feeling, probably one of the most heart-wrenching endings in the history of cinema (comparable, in terms of effect, to the rousing conclusions of the best stories of O. Henry and Guy de Maupassant). As the credits roll, one realizes that such an ending is gratifying not only because it is in the service of a dramatic and humanistic narrative, but also because it serves as a culmination for the film’s many achievements: as the debut feature of its then 32-year-old writer and director Florian Henckel von Donnersmarck (who eventually picked up the Oscar for Best Foreign Language Film), as one of the most remarkable dramas that confront the Cold War after the fall of the Berlin Wall (as the popular films on the subject are often comedies), and as the last great performance of the actor Ulrich Mühe who, before passing on a year later, delivers a moving and complex portrayal of a Stasi agent whose decisions to subvert his professional duties to save the life of a writer make for a strong political statement on the absurdity of war and the terrible acts it makes people do.

The controversies surrounding The Lives of Others prior to its release in Germany — the libel suits, the often-mentioned unrealistic portrait of East Germany, and for making a hero out of the Stasi character — add only to the film’s depth and vitality. Its emotional texture, as one writer puts it, is layered in such a way that it evokes universality, how the events that unfold are not alien to the experiences of many people living under an authoritarian government, to their constant fears and struggles. On one hand, the film is a feat of plotting and storytelling: tautly edited, persuasively acted, and compellingly directed. The picture it paints pulsates and palpitates: There is no second or shot wasted. The mere linearity of it is terrifying. On the other hand, it presents the various significant problems of morality that arise at wartime and after it. The film does not provide answers or solutions. The beauty of it lies in the asking, in never letting go. The book dedication in the end goes beyond gratitude: It is an ode to second chances, to a life rectified.

Richard Bolisay is a writer and film critic based in Manila. His essays on cinema have appeared in various publications online and in print. He is a participant of the Berlinale Talent Press and Locarno Critics Academy, and has been part of the jury of, among others, the Hong Kong International Film Festival. He recently published a collection of essays on Filipino film entitled Break It To Me Gently.
Follow him on Twitter @richardbolisay.