© Homo Riot, Photo: Lord Jim
Naked butts, baseball bats, bearded, kissing men with masks: These are some of the main motives of street artist Homo Riot. The artist, living and working in Los Angeles, wants to provoke – for a good reason. It all began with a proposal for an amendment of the Californian constitution in 2008, 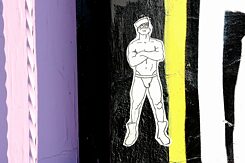 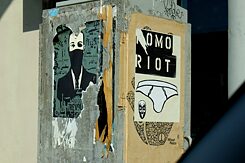 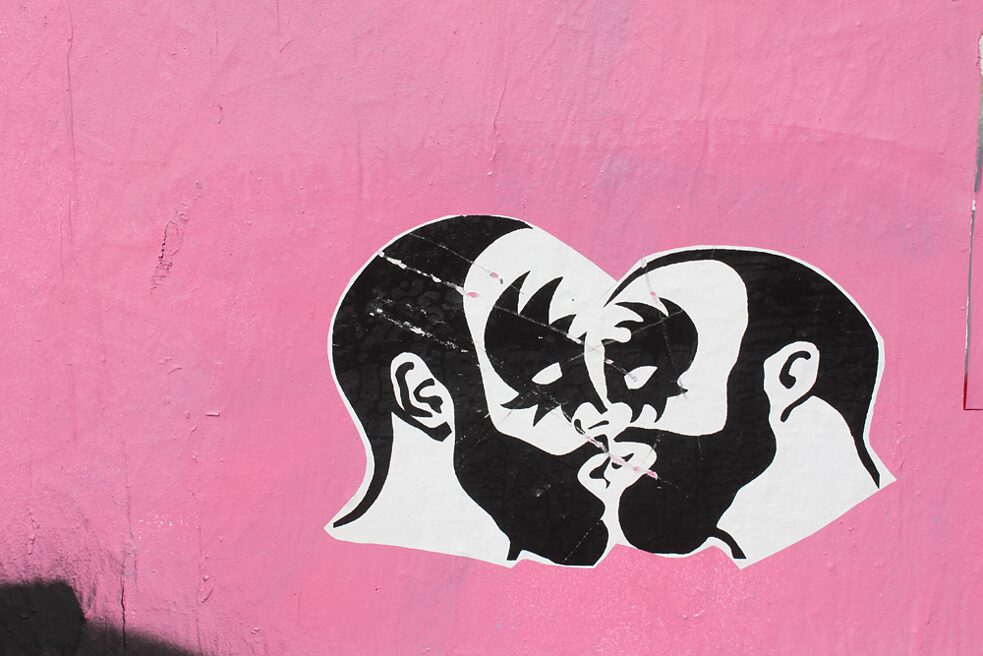