Planned obsolescence
Mistakes that Force You to Keep Buying More

Planned obsolescence is the practice of designing products in a way that makes them obsolete after a fixed duration.

“Things don’t last as long as they used to anymore.”

If you have ever discussed buying a new smartphone or any electronics for your parents, there’s a high chance you have heard this sentence. Your parents aren’t wrong either. You will be hard-pressed to find an electronic product offering a warranty for over one year. But we also live in a world where it is getting increasingly difficult to repair things.

The rate at which technology has evolved in the last few years is a stellar example of how things become obsolete sooner than they used to. There are two terms associated with this business practice: planned obsolescence and perceived obsolescence. The latter is easy to demonstrate: fast-fashion clothing items, which are replaced every few months; smartphones that launch every six months making earlier models old and redundant; cars that launch in multiple colours. The objective here is to entice the consumer to buy the newer products, even though the products they are replacing with these impulse purchases function well. They are just not the latest on the market, which forces consumers to discard the old.

What is planned obsolescence?

Planned obsolescence is the practice of introducing flaws or designing products in ways, which will make them obsolete after a fixed duration. Even repairability is improbable. Say you want to repair your old laptop, but when you go to open it up, you realise the screws have non-standard threading; components are soldered in a way that makes it impossible to replace them without causing damage. Your only way out is to dump the laptop and get a new one. Have a TV that’s showing signs of wear after four years? Too bad, you can’t repair it anymore as the company stopped making its spare internal parts two years ago.

“Planned obsolescence is seen as an engine for business growth. Especially in the technology sector, products are manufactured to become obsolete, without which there is no growth,” says Piyush Dhawan, co-founder of The Circular Collective, an organisation helping facilitate circular economy practices in India. Dhawan remembers of a time when electronic products were passed on from one generation to the next, which certainly isn’t the case anymore.

Dhawan notes that obsolescence is rampant in mass consumer market products such as electronics, fashion, and automobiles. You won’t find this phenomenon in the furniture market where repairability is quite high if things go awry or products are upcycled to ensure that they last longer.

For those wondering, planned obsolescence isn’t a new phenomenon. The earliest example of this dates back to the 1920s when incandescent light bulb manufacturers across the world created a cartel, known as the Phoebus Cartel, which prevented any manufacturer from making bulbs that would last longer than 1,000 hours. Anyone who offered a higher bulb life cycle was penalised. Printing manufacturers are notorious for programming printer cartridges to stop printing after a certain number of pages are printed – even though they may have enough ink to print more. You also can’t refill these cartridges, thereby forcing another purchase. 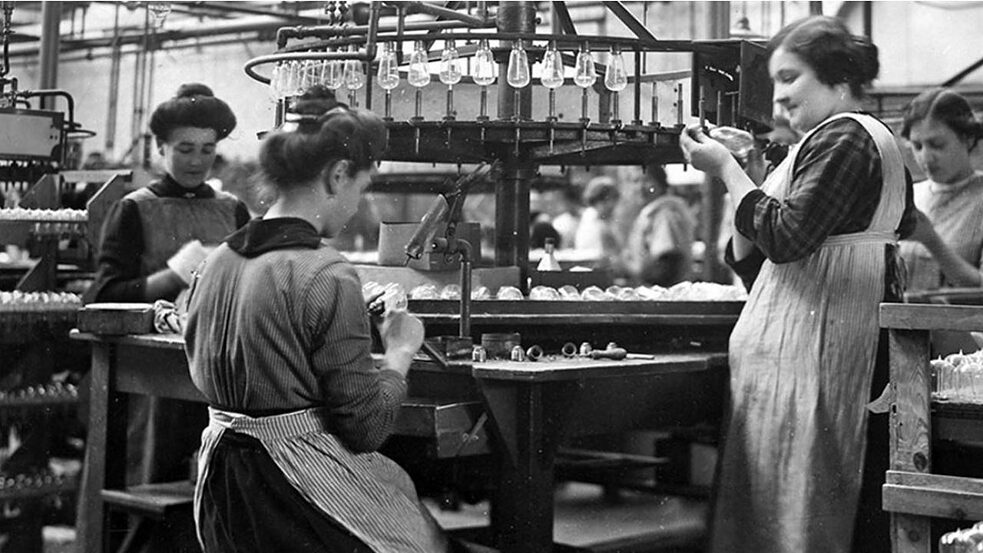 Over the last few years, there has certainly been resistance to this practice. In a 2017 report by the EU Commission, it was found that 77 percent of European consumers would have preferred their goods to be repaired over buying new products. But the costs for repair are prohibitive and it makes sense to buy a new product instead. In 2018, the EU outlawed planned obsolescence. In fact, the EU released the Circular Economy Action Plan just this year, which clearly stresses the need for long-lasting products and a high level of circularity in every product sold in the European Union.

Unlike many Western nations, India has a thriving “repair” culture. All across the country, you will find tiny shops by the roadside repairing electronic as well as non-electronic items. Since the arrival of e-commerce websites with massive discount sales, the propensity for many Indians to repair their products has been declining. This also has a cascading effect on jobs in the repair economy.

“Now the electronics products are made in a way so that they are not repairable. People who used to work in this informal repair economy have started selling smartphone accessories. There aren’t many people who repair phones, and those jobs are fading out,” notes Dhawan. For physical products such as shoes, bags, and furniture the informal repair economy is still thriving.

Let’s play devil’s advocate. More demand for more products leads to a rise in the economy, and employs many workers at the same time. So in a way, wouldn’t planned obsolescence be good for jobs creation? Dhawan disagrees with that statement.

“With products going out of date sooner, the jobs are also created only for a short period. Our idea should be to create high-value jobs, which will equip people with the right tools. We should aim to go for a model where products are sold as a service, which results in a long-lasting relationship between customer and brand,” says Dhawan.

The side effect: immense waste generation

Planned obsolescence is creating many environmental problems as well thanks to the amount of waste that this use-and-throw philosophy generates. According to the United Nations, the propensity to replace electronics products so soon has led to the creation of 50 million tonnes of e-waste annually, most of which ends up in African countries such as Ghana or Nigeria. In India, 82 percent of the 2 million metric tonnes of e-waste generated in 2016 was comprised of personal devices.

According to Dhawan, there ideally shouldn’t be any e-waste in our economy. Producers need to ensure there is a reverse collection mechanism and recycling of end of life, post-consumer waste. “The objective should be to circle the product back into the system to recover resources embedded in the waste. But our priorities are mismanaged, and it is cheaper for a manufacturer to make a new product than harness the older product and recycle its innards,” says Dhawan.

Having circular economy measures at the design stage of the product will go a long way in ensuring products not only last longer but also have a sustainable way of disposal. Another way forward is using a star rating system, which has worked wonders for consumer goods. The star rating system would be based on the recyclability of a product so that customers can make the right decision, Dhawan remarks.

One of the world’s most valuable companies, Apple, faced major backlash in 2018, after it emerged that it was forcing its chipsets to run more slowly after two years of usage. In addition to paying a $27 million fine in France, Apple also had to offer battery replacement at a low cost. There are legislations in place to contain planned mistakes, such as the EU’s Circular Economy Action Plan and law against planned obsolescence and India’s Extended Producer Responsibility law, which holds manufacturers responsible for disposing of discarded products. But the real challenge forward is how strictly these laws are implemented on the ground.

Until that happens, we will continue to be slaves to business practices, which mandate planned obsolescence.

Nimish Sawant is a Mumbai-based freelance technology journalist. As part of the 2017 batch of the Robert Bosch Stiftung’s Media Ambassadors India-Germany program, Nimish lived and worked in Berlin, covering stories on “Energiewende,” surveillance, and the refugee crisis.