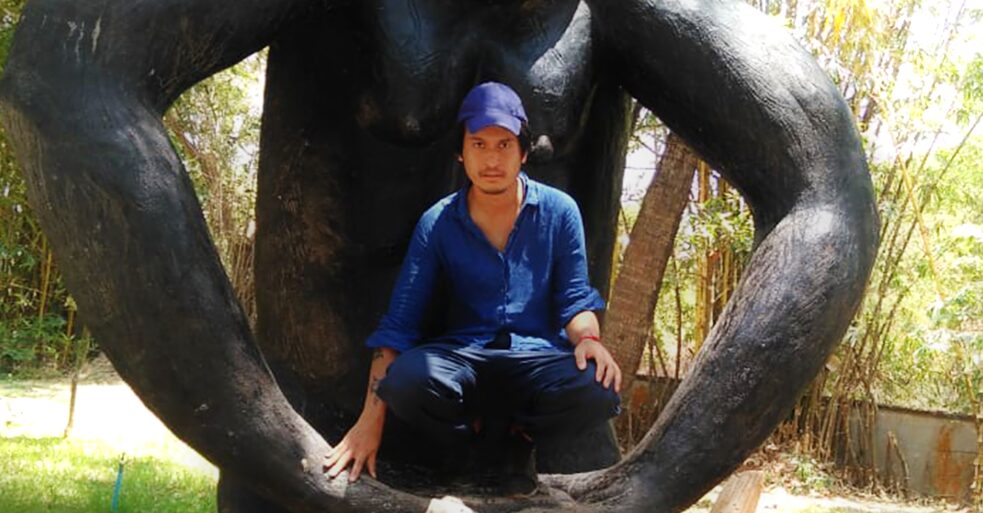 ©
Lafidki is the moniker of London-based Saphy Vong, who has been releasing experimental electronic music since 2008. The London-based sound/visual artist is also founder of Chinabot, a platform and collective created to change the dialogue surrounding Asian music.

Saphy was born in a refugee camp in Thailand to Cambodian refugee parents who fled Pol Pot's regime, and was raised in France. He's a sound artist and conceptual collagist who performs around the world. His music is a confluence of ideas, synthesising multiple underrepresented histories, geographies, musical genres and cultural signifiers into compelling, colourful sonic material that packs contemporaneous dancefloor weight.

He released his edbut EP ëAbsynthaxí via Orange Milk records. His last album Derichan explores the rituals and traditions of his Cambodian heritage while protesting the repression that is increasingly prevalent in the country. A key inspiration for Derichan is the more than 20 ethnic groups residing in Cambodiaís uplands and mountains whose unique cultures, languages, and histories are at risk. Derichan weaves itself into a broader narrative of preserving identity in the face of oppression and homogenisation.