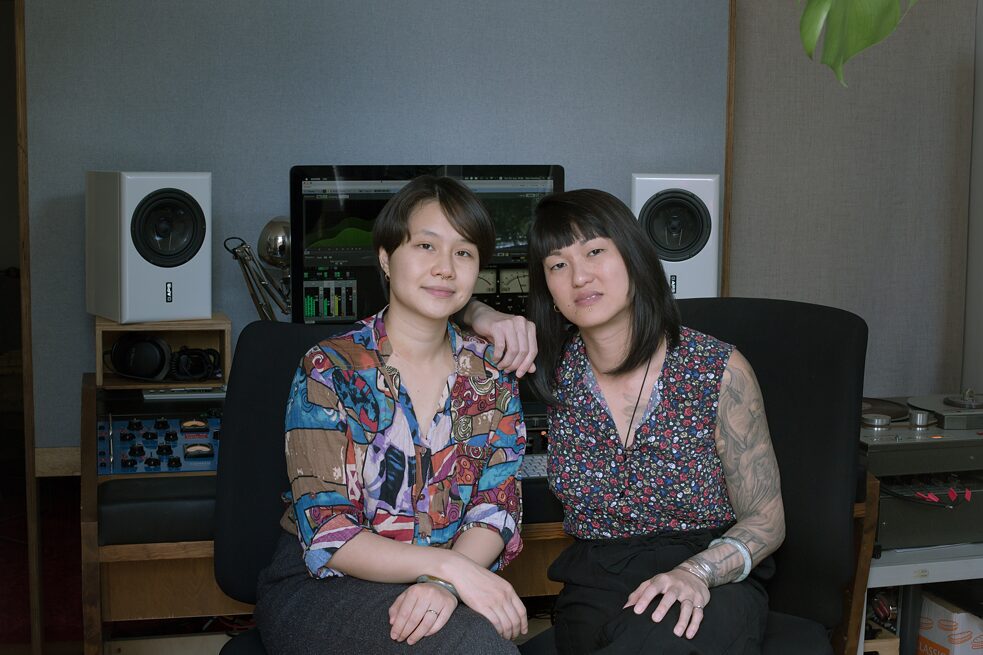 Photo by Irma Fadhila.
Queer Ear Mastering was born from the necessity to create a safer space for female and queer artists to get their music mastered, though they are not exclusive and everyone is welcome. Their expertise covers a wide variety of styles from eclectic pop to soul, traditional, experimental, electronic, electroacoustic, and most other things in between this wide spectrum.  Genres aside, what is essential in their practice is to assist artists in materializing their sonic imaginations. They have been finalizing sound for Vinyl, CD, Digital Release, Performance, Installation and Film since 2007 before opening up their services to the public in 2019.

Tara Transitory graduated with a diploma in Film, Sound and Video in 2001 and worked as a sound designer and audio post-production engineer in television and film in Singapore until 2007 before moving to the Netherlands where she graduated with a Masters in Media Design from the Piet Zwart Institute (Rotterdam) in 2009. Concurrent to this, Tara Transitory has been working as an artist and a musician since 2004 (initially under the moniker One Man Nation), producing sound works that cross the definitions of performance, music, and contemporary art. She is currently 2020 DAAD Artist-In-Residence in Berlin and has previously presented her work at Guggenheim Museum (Bilbao), CTM (Berlin), donaufestival (Krems), Gaîté Lyrique (Paris), Tokyo Performing Arts Meeting (Yokohama), Museum of Contemporary Art (Taipei), and Wiener Festwochen (Vienna) amongst many others.

Nguyễn Baly graduated from the Institute for Applied Theatre Studies (Giessen) with a specialisation in Sound and Composition for Stage and Performance. Since 2010 Baly has been working at the intersection of sound and performing arts as a composer and sound designer as well as providing dramaturgical advice for sound and music in the field of theatre and dance. Concurrently, Baly is constantly developing her own projects which attempt to approach performance and experimental music from a postcolonial perspective.