The GULF GERMAN FILM FESTIVAL will kick off with UNDINE by Christian Petzold, one of Germany’s most beloved auteurs. The film premiered at this year’s Berlin Film Festival and is a 21st century makeover of the old folk tale of the water nymph who will kill her lover, should he ever betray her. The opening film is followed by GUNDERMANN by acclaimed director Andreas Dresen. Focusing on the extraordinary and contradictory life of East German singer-songwriter Gerhard Gundermann, Dresen’s film was an audience favorite and box office success in Germany.

Another festival highlight is A HIDDEN LIFE by Terrence Malick. The film tells the true story of an Austrian farmer who refused to fight for the Nazis. It is an allegorical resistance drama about courage in the fight against evil. SYSTEM CRASHER, Nora Fingscheidt’s intense social drama about nine-year-old Benni whose anger issues and past trauma hinder her from finding permanent care, won numerous awards, including best film, best director, best writing as well as best actor and best actress at the German Film Awards 2020. And there are many more exciting movies to enjoy.

Due to the pandemic, this year’s festival will be held in blended mode. We will show the films at Cinema Akil in Dubai and we will stream them throughout the UAE and Bahrain. Filmmakers and talents will take part via video-link. Circumstances permitting, we will have a small reception at the opening. The gala opening and red carpet event will have to wait until next year.

The GULF GERMAN FILM FESTIVAL is a coproduction of the Goethe-Institut and the German Embassy in the United Arab Emirates. It is supported by German Films and brought to you in cooperation with the Embassies of Switzerland and Austria.
How to access the Live Streamings at the Gulf German Film Festival:
Please note that the virtual cinema screenings are accessible to viewers in the UAE, Bahrain, and Oman. They can be streamed on the mentioned dates and times. E.g., UNDINE can be accessed on 19 November 2020 at 7:00 pm UAE time.
No registration or ticket is needed.  All live streamings are free.


Please follow the instructions below to view one or more films:
- Go on the website of the Gulf German Film Festival
- Scroll down and click on the link for the film you would like to see.
- Scroll down to Live Streaming and click on the link.
- You will be directed to Vimeo streaming platform.
-  Click on Play and start the movie.
For some films, you can choose between English and Arabic subtitles.

We look forward to welcoming you to the first edition of the Gulf German Film Festival and hope you enjoy the films!

Welcome by the festival director from Goethe-Institut Gulf Region on Vimeo.

Undine works as an art historian lecturing on Berlin’s urban development. But when the man she loves leaves her, the ancient myth catches up with her. Undine has to kill the man who betrays her and return to the water.

Gerhard Gundermann was a heavy equipment operator at a lignite strip mine and a Stasi informer, but above all he was a gifted singer-songwriter with a fanbase in both the former GDR as well as the subsequent, reunified Germany. Director Andreas Dresen takes a sensitive look at this contradictory personality. The result is a perceptive biographical narrative that unreels like a modern musical Heimatfilm [“homeland” film] for East (and all of) Germany.

Benni is considered aggressive and unpredictable. Wherever the nine-year-old is taken in, she gets kicked out again after a short time. Finally, when no solution is in sight and there is apparently no place left to send Benni, the anger-management trainer Micha tries to free her from her spiral of anger and aggression.

Maryam is an ambitious young doctor working in a small town clinic in Saudi Arabia. Despite her qualifications, she has to earn the respect of male colleagues and acceptance from her patients every day. After Maryam is prevented from travelling to Dubai in search of a better job, a bureaucratic mix-up leads her to stumble on the application for the local city elections and she decides to run.

The furniture packer Walter, a former weightlifter, and his team are supposed to evict an apartment. When the door of the old building opens, Walter thinks he can recognize the young family man as his son, whom he abandoned years ago.

Drama
Veins of the World

Amra’s father Erdene is the leader of the last nomads opposing global mining companies digging for gold in the Mongolian steppe. After his father dies in a tragic car accident, Amra sets out to continue the fight in his father's spirit – but with the tools of an 11-year-old boy.

A HIDDEN LIFE tells the true story of Franz Jägerstätter, an Austrian farmer who was imprisoned and sentenced to death for refusing to fight for the Nazis after Hitler invaded Austria.

Zurich 1989. A police officer is supposed to collect information about left-wing theater people in the theater. But the more he looks behind the curtain, the less he believes in his mission.

A man sets out in search of his lost love: a journey that draws him into the turbulent heart of present day India and transforms inescapably into a confrontation with the past.

BORN IN EVIN follows filmmaker and actress, Maryam Zaree, on her quest to find out the violent circumstances surrounding her birth inside one of the most notorious political prisons in the world.

The featured short films THE PLANT and THE LAST MEAL have been created as part of the Young Filmmakers’ Circle 2019 which has been established by the Abu Dhabi Music and Arts Foundation, ADMAF, in order to nurture the local creative community with the aim of having student Academy Award nominations in the Short Film category by 2020, as well as establishing industry connections and showcasing the best of the regional creative scene through dedicated film screenings.

ADMAF has collaborated with world-renowned Film Academy Baden-Wurttemberg to empower emerging Emirati and regional filmmakers to professionally develop their cinematic language and creative talents as part of the Young Filmmakers’ Circle 2019.

The Plant
The Plant 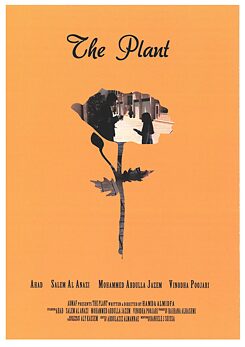 In a playful domestic tale, a small child tries desperately to give nature a small role in her life, finding that the modern world blocks her at every turn. When a gardener comes into the picture, she discovers that cultivating human kindness is not only natural, it is essential to happiness.

The director
Hamda Al Midfa is a 31 years old Emirati woman who is currently working as a freelance filmmaker in the UAE with the hopes to build a good network and find the right people to work with. In order to learn all about film making, Hamda has worked on multiple positions such as First Assistant Director, Sound Mixer, First Assistant Camera, and Script. In the near future, her dream is to direct her own film scripts she is working on. Her late father introduced her to the movies, he would gather her siblings and she would play a film from his collection. 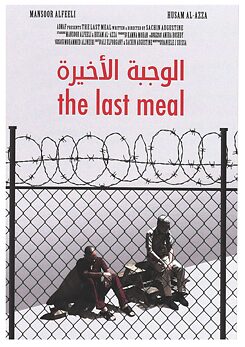 In this somber short film, an inmate on death row asks his only friend, a prison guard, for a special last meal of baklava from his mother’s pastry shop. When the guard finds that the inmate’s mother has passed away, he is faced with a choice more difficult than he could have imagined.

The director
Sachin Augustine is a 27 years old Indian, who has grown up and lived in the UAE for the past 23 years. He is currently working in the travel and tourism industry.

Sachin first realized that he wanted to make films when he was doing his Bachelors in Singapore and had to work on a short film project for the first time. Since then, there was no turning back, he says. In 2017 he was part of the Arab Film Studio Narrative program. Here he was able to write and direct a short film ‐ which has been screened in multiple festivals worldwide. For the future he hopes to be able to hone his skills as a filmmaker and forge a career out of his passion and love for films.

Brought to you by