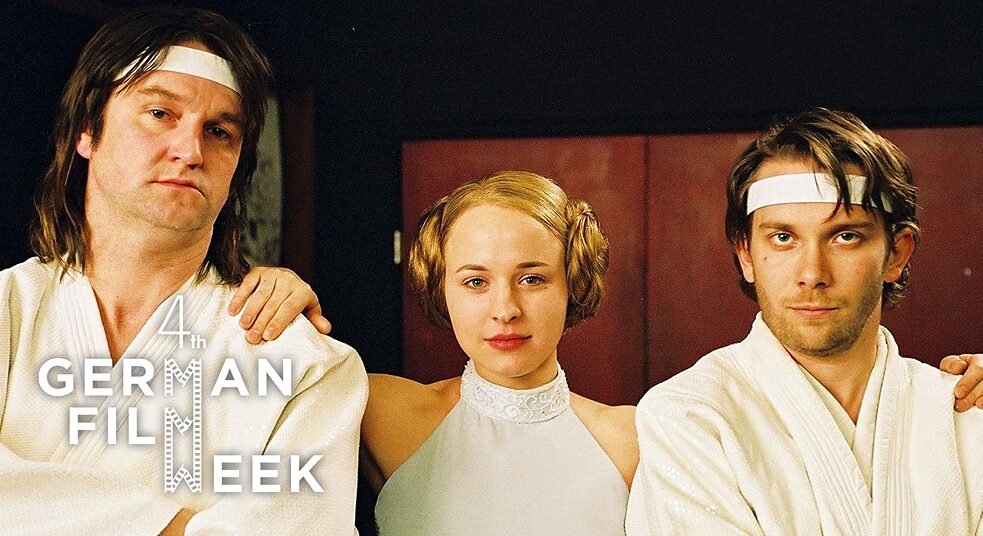 It′s West Berlin in 1989, shortly before the fall of the Berlin Wall. The Kreuzberg district is known for its beer-drinking freaks and self-styled artists; it′s a magnet for every social misfit that refuses or is simply unable to cope with the real world.

Prominent in the group is Frank, with playful respect called Mr. Lehmann. When he′s not tending bar himself, Frank is getting smashed at another bar where his best friend Karl works. It’s there that he meets Katrin, who quickly becomes the focus of his love, sex and marriage fantasies. To help his buddy, Karl arranges a romantic evening... for three... which doesn’t go over too well. It’s only when Karl leaves the picture that the rest of the night greatly improves for Frank and Katrin... with Frank left believing that his fantasy of love and kids is well underway. When he arrives too late for their next date, however, Katrin meets and falls in love with another man and Frank′s fantasy of their life together explodes.

With his small world crumbling around him, Frank turns 30. On this day the Berlin Wall also crumbles, and as he joins the influx of ecstatic humanity pouring through a lifted concrete barrier, he is inspired. Not only his world but also the entire world has suddenly been changed. It is an end of an era for both...

Set in Kreuzberg, West Berlin, in 1989, Herr Lehmann begins with Frank (Christian Ulmen) — teasingly called Herr Lehmann in casual conversations by his friends and coworkers — talking to a dog who stops him dead in his tracks. To deal with what seems to be an existential crisis experienced under the influence, Frank takes a bottle of whiskey from his pocket, opens it, and shares it with the dog. The dog accepts it, and both of them lie down on the pavement, intoxicated, in a brief moment of blissful harmony, only to be interrupted by the police.

This introduction to Frank’s character establishes not only his instability and vulnerability as a man with complicated relationships with his family (his demanding parents who pay him a visit), women (Katrin, a cook at a bar whom he falls in love with, and Heidi, a waitress fond of him but whom he ignores), and friends (his best friend Karl and several workmates who seem to be so invested in his life) — but also the setting of the film: a few weeks before the fall of the Berlin Wall, the historic day which falls exactly on the day of Frank’s thirtieth birthday. It serves as the climax of the film that unfetters Frank from his anxieties, a day of literal and symbolic liberation, a celebration of freedom. In every drunk mishap, lover’s quarrel, and bout of depression, the disarray depicted in the film seems to be rooted in the upheaval of the present, arguing how the personal can never be apolitical, how the personal is always connected to the social.

Audiences who are tired of the serious political thrillers set in the period might consider Herr Lehmann a breath of fresh air: It is lighthearted, frivolous, and silly, filled with moments that indulge too long in the preoccupations of the ordinary man, his need for love and friendship, his constant search for happiness. It never shies away from the juvenile, as it dwells on jokes on electrolytes, the Weiss beer guy, Star Wars, and the descent to alcoholism. At some point, the presence of pre-Oscar recognition Christoph Waltz, lucid and charming, provides an instant of steady foothold. What keeps the film neatly together is the unrelenting use of music — from Eels, Violent Femmes, and Cake, to Nick Cave, Anita Lane, and Calexico, the songs (and the nostalgia they bring) always find a way to move the story (and in the process the lives of its characters) forward.