Safe in the cloud

Cloud Computing makes IT simpler and cheaper. In the “cloud” everyone can rent as much computing power, storage capacity and software as they wish. However many private individuals and even companies are sceptical: they are anxious about the security of their data. Because of this, the Federal Ministry of Economics and Technology supports a variety of research programmes that aim to improve the reliability and security of Cloud Computing.

Researchers at the Fraunhofer Society developed the concept to create a secure “Industrial Data Space”. In the future, companies from different industries will be able to network with each other in this open information domain without losing control of their data. 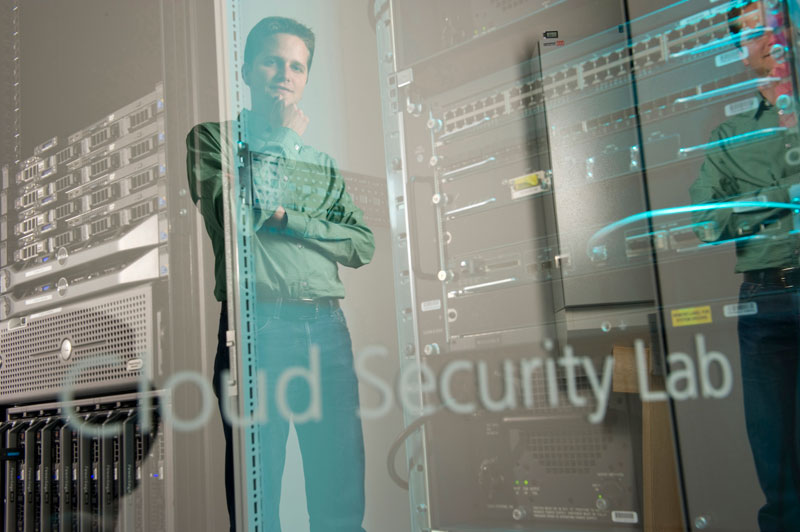 Not without a card

In 1969 he registered a patent for a plastic card with an integrated circuit. In 1977 there followed a card containing a microprocessor – now used universally. The first microchip cards to hit the market were telephone cards. At the end of the 1990s bank cards followed, which were soon accepted in many shops across the globe. At the same time the tiny microprocessors could store and process increasing amounts of data: chip cards are increasingly turning into miniature computers. 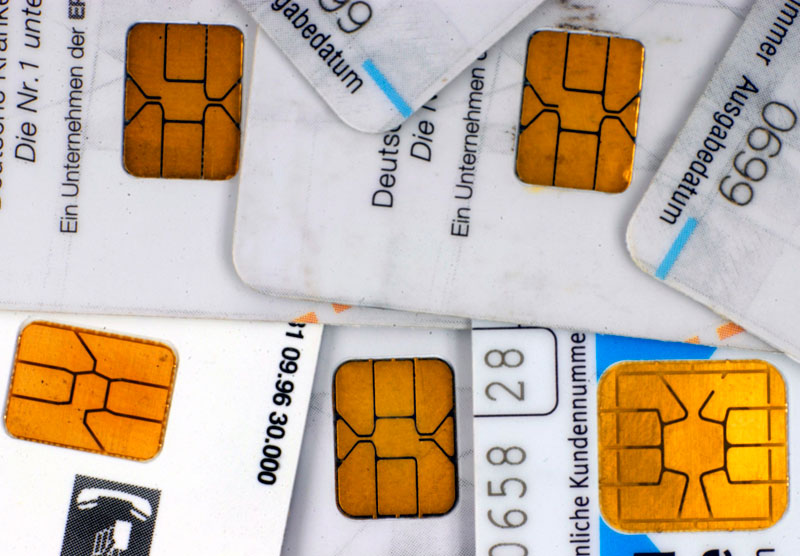 The birth of the computer

The first computer in the world was set up in the living room of the Zuse family in Berlin. Their son Konrad had just completed his degree in Civil Engineering when he started to build a programmable calculation machine in 1935. The Z1 was the size of a double bed and prone to faults: the mechanical switch gear regularly jammed. Because of this, Zuse replaced the mechanical elements with relays, which are electromagnetic switches, in the follow-up model.

But it was only the third version, the Z3, which really worked properly and was therefore the first programmable computer in the world. It was as early as 1949 that Konrad Zuse founded the first computer company in Germany, Zuse KG – but financial success eluded him.

Konrad Zuse in front of a replica of the Z3, the first programmable computer in the world 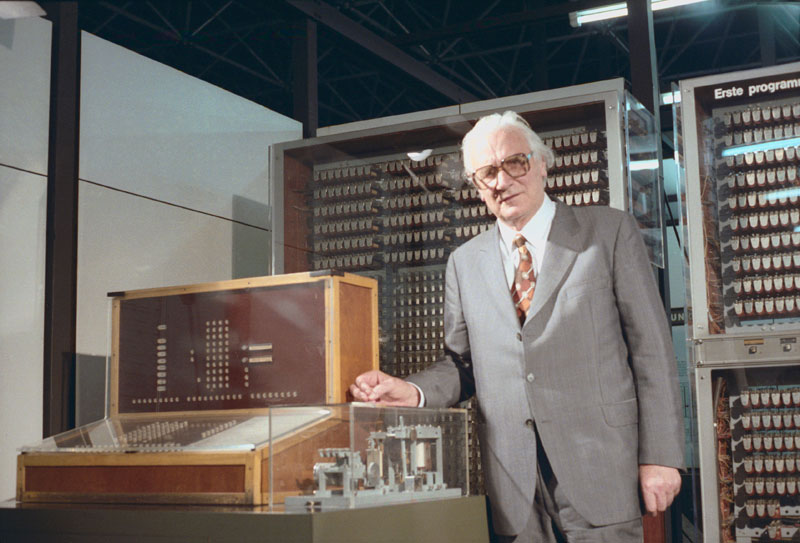 Konrad Zuse in front of a replica of the Z3, the first programmable computer in the world

Back in the 1920s, electronics technician and inventor Rudolf Hell had the idea of splitting down text and images into dots and lines so that they could be transmitted electronically. In 1929 he built the first “Hellschreiber” (a teleprinter) at his company near Berlin. Fax machines work on the same principle to this day.

In 1958 Hell began to develop a colour scanner to read and digitise images. Scanners were huge machines in those days. They only became portable when the first hand-held scanners were launched onto the market.

During the course of his life, Hell registered a total of 127 patents. His objective was progress and practicality.

Rudolf Hell with the “Hellschreiber”, a predecessor of the fax machine

Scanners make it possible to use analogue data digitally 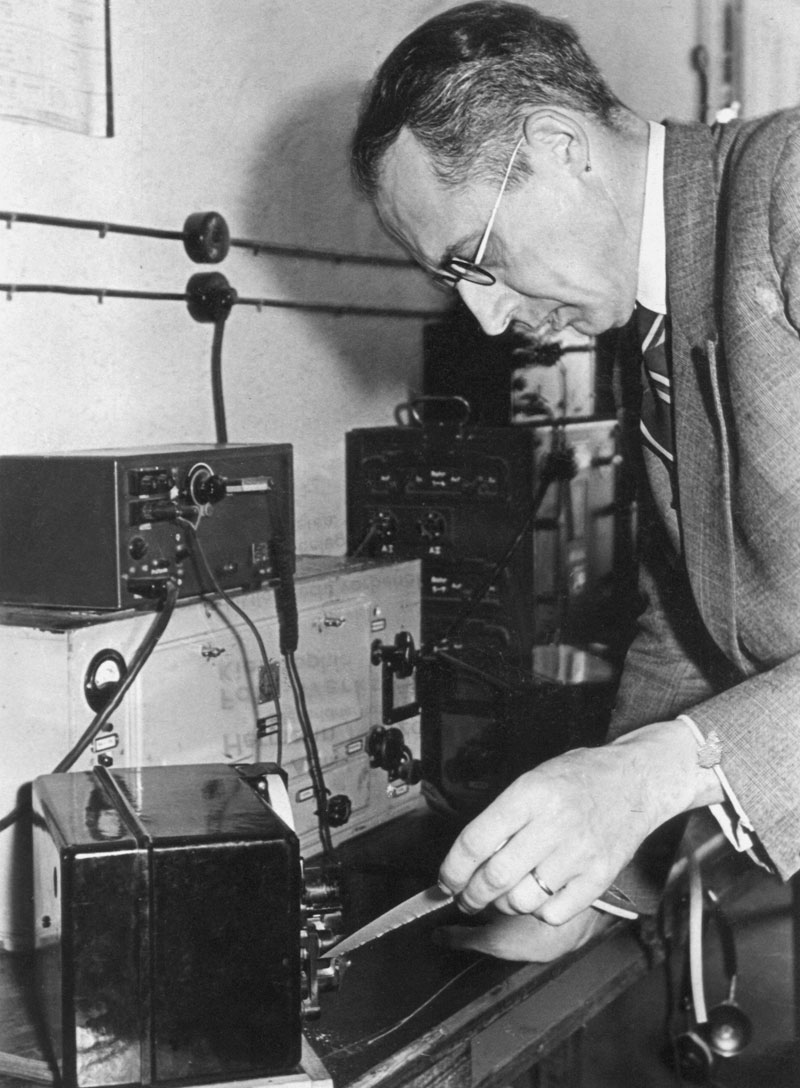 Rudolf Hell with the “Hellschreiber”, a predecessor of the fax machine 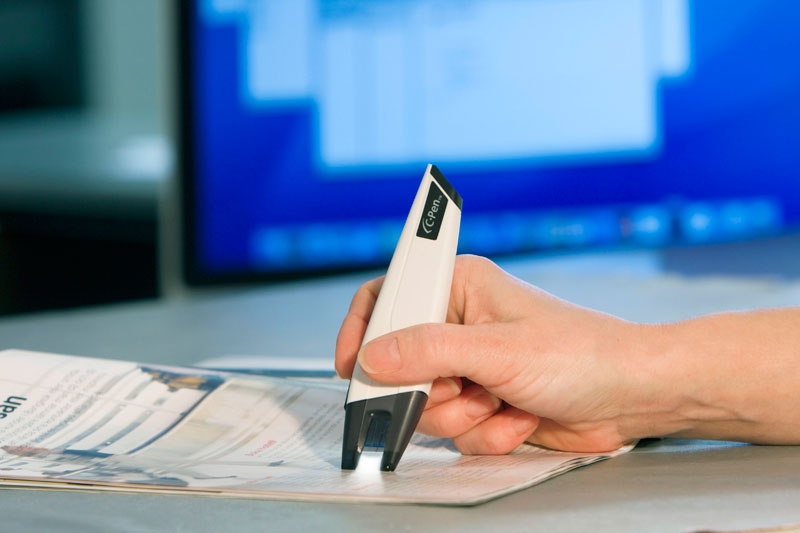 Scanners make it possible to use analogue data digitally

Steam engines, conveyors, information technology – the industrial world has already undergone three revolutionary changes. Now we are at the beginning of the fourth. The vision of Industry 4.0 is the intelligent factory: machinery, parts and transport equipment are networked with each other and with the internet via sensors, actuators and tiny computers. This enables them to exchange information constantly. Production and logistics are optimised; products can be customised to suit customer requirements. Furthermore, mechanical engineers, IT experts and logistics personnel work together across the disciplines.

Watch the clip "The Factory of Tomorrow - Industry 4.0"

Everything is networked in the factory of tomorrow 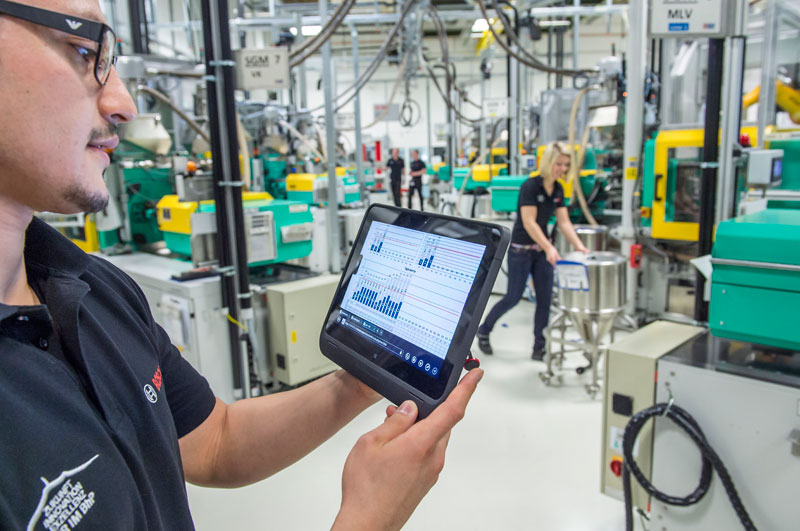 Everything is networked in the factory of tomorrow

3-D technology created an all-new film experience. Until now, viewers had to use a special pair of glasses, because the feeling of depth is only possible if the right and left eye are seeing different perspectives. Although new televisions already permit 3-D projection without glasses, the resolution is low because the screen has to display several views with varying perspectives at the same time.

A team from Berlin is working on new image processing techniques to solve these problems. With these, a sensor detects the viewer’s position, whilst the software ensures that each viewer can see a perfect 3-D image – even if they are moving around the room.

3-D: viewers are made to feel as though they are part of the action 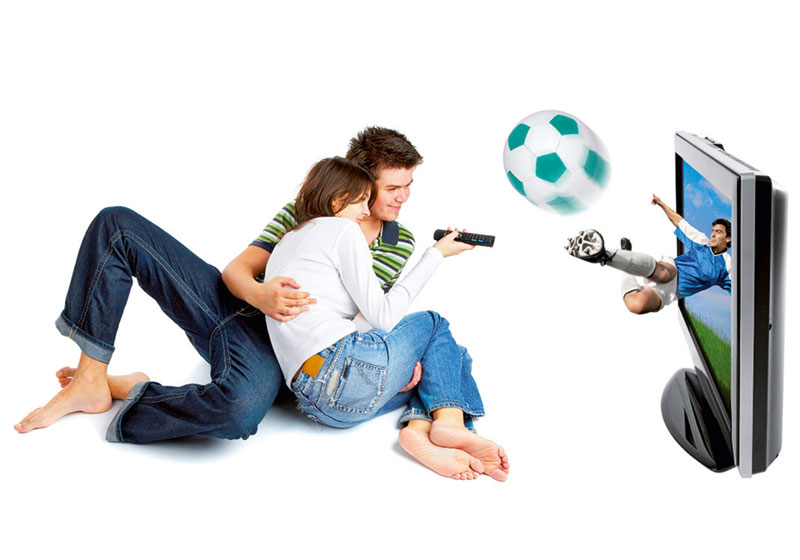 3-D: viewers are made to feel as though they are part of the action